Do Democrats have a permanent Electoral College advantage? 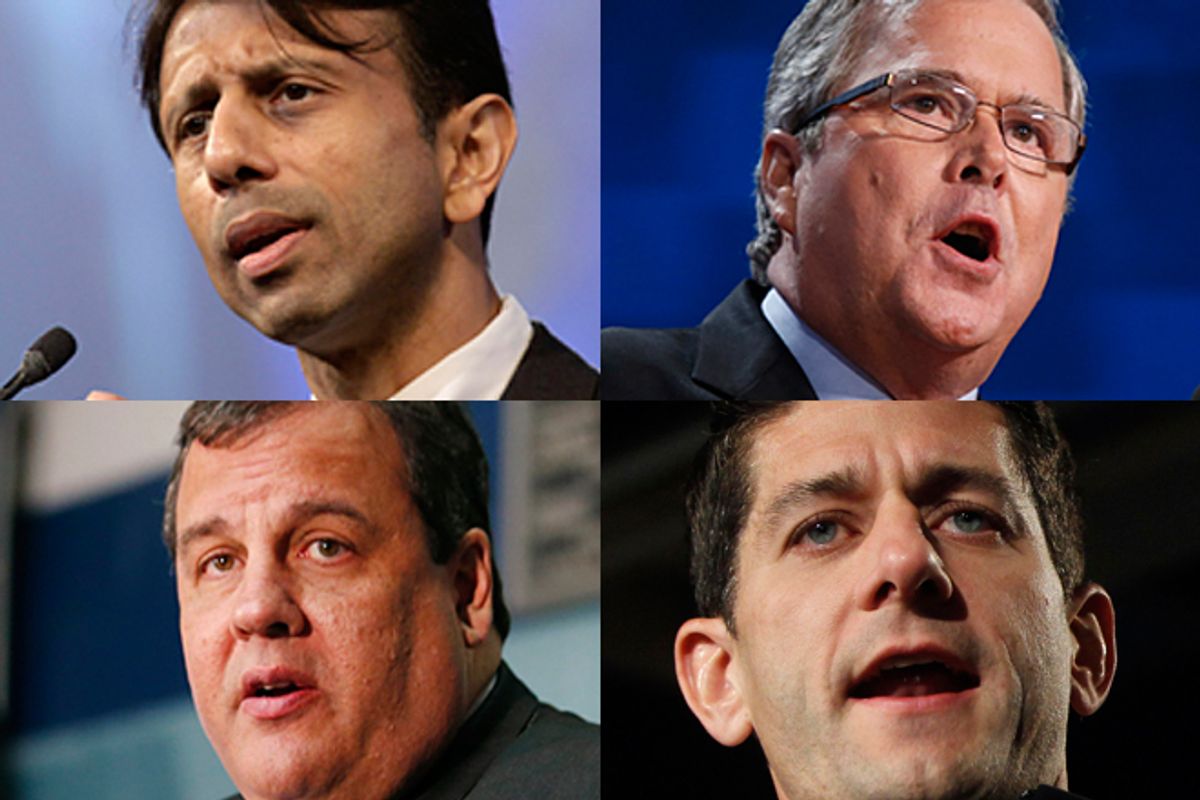 Have the Democrats opened up a real Electoral College advantage over the Republicans?

I’m not talking about the illusion of an advantage that comes with winning consecutive elections. That might be the result of a streak in which the party is helped by favorable fundamentals, or it can be, as with Democratic majorities in the New Deal era, simply part of a national advantage. In either case, a party might win the same states every time, but -- as Republicans discovered in 1992 -- when those favorable conditions end, the apparent electoral “lock” disappears, too.

No, I’m talking about an Electoral College edge above and beyond the national vote. That’s not defined by which states went for which candidate; it’s found by looking at what would have happened in the Electoral College if an election had been tied in the national vote. To calculate it, assume uniform swing – that is, if swing state Ohio moves toward the Democrats, then liberal Vermont and conservative Utah will also move toward the Democrats by the same amount. In reality, the states don’t swing quite that equally, but they’re very close to it.

In 2008, Barack Obama won the national vote by 7.3 percentage points; had John McCain improved in every state by exactly that much, Obama still would have prevailed in the Electoral College, with Colorado putting him over the top. The Democrats carried the Rocky Mountain state by 9 points, so the shift would still have given Obama the win – with 1.7 percentage points to spare. This year, Colorado was once again the tipping-point state, based on returns counted so far, and the Democratic edge in the Electoral College is 1.8 points.

So it’s important. The question is where it comes from. So far, we don’t know. I’ll run through several possibilities, from the best for the GOP to the worst.

The best-case scenario for Republicans is that it’s just a random shuffle of the numbers. If that’s the case, it won’t continue in 2016. That’s possible! Random deviations from uniform swing happen all the time – could be the weather on Election Day, for all we know.

Next-best is that it’s something having to do with Barack Obama in particular. Perhaps, for example, Obama is losing worse than a generic Democrat would in solid Republican states, but otherwise basically getting the same swing any other Democrat would get. That would depress Obama’s national totals compared to swing state results, thus creating the Electoral College edge, and by definition it would be gone in the future once Obama is off the ballot.

Worse for Republicans would be if the Democratic Electoral College advantage is real – and produced by a Democratic advantage in the art of electioneering. There’s some evidence that Democrats simply had an across-the-board field operation advantage in the last two cycles. If that’s true, it’s presumably concentrated in swing states and could produce the observed effect by increasing Democratic turnout in those states. Unlike the first two possibilities, this one won’t go away on its own, but it is fundamentally fixable; after all, there’s no reason to believe that Democrats have some sort of inherent advantage in this area.

But that’s not going to work if the worst-case scenario turns out to be true.

It’s possible that the Democratic Electoral College advantage observed in both 2008 and 2012 is simply a consequence of demographics – that Democrats are currently scattered in such a way that, all else being equal, fewer Democratic votes are “wasted” (for example by winning California by a large amount) than Republican votes (such as they do in winning Texas by a large margin).

If that last one is the real reason – and it certainly might be – then there’s not much Republicans can do about it; it’s not as if they can convince lots of people from Utah to move to Colorado or get folks from West Virginia to move to Ohio.

Instead, it would mean that for however long the pattern lasts, Republicans will have a permanent disadvantage in presidential elections. That’s not unusual in American elections; Democrats right now appear to have a systematic disadvantage in both House and Senate elections due to how voters happen to be spread out – so, in a sense, a real Democratic advantage for the presidency only evens things out a bit.

It would, however, be a real change in how presidential elections have been fought for at least the last several decades. Republicans would be, in effect, starting every cycle two points behind. If it’s true – and I’m sure before long we’ll have reports from political scientists who have investigated each of the possibilities I suggested – then it’s a pretty big deal.