Jon Stewart slams Chris Christie for his flip-flop on Obama 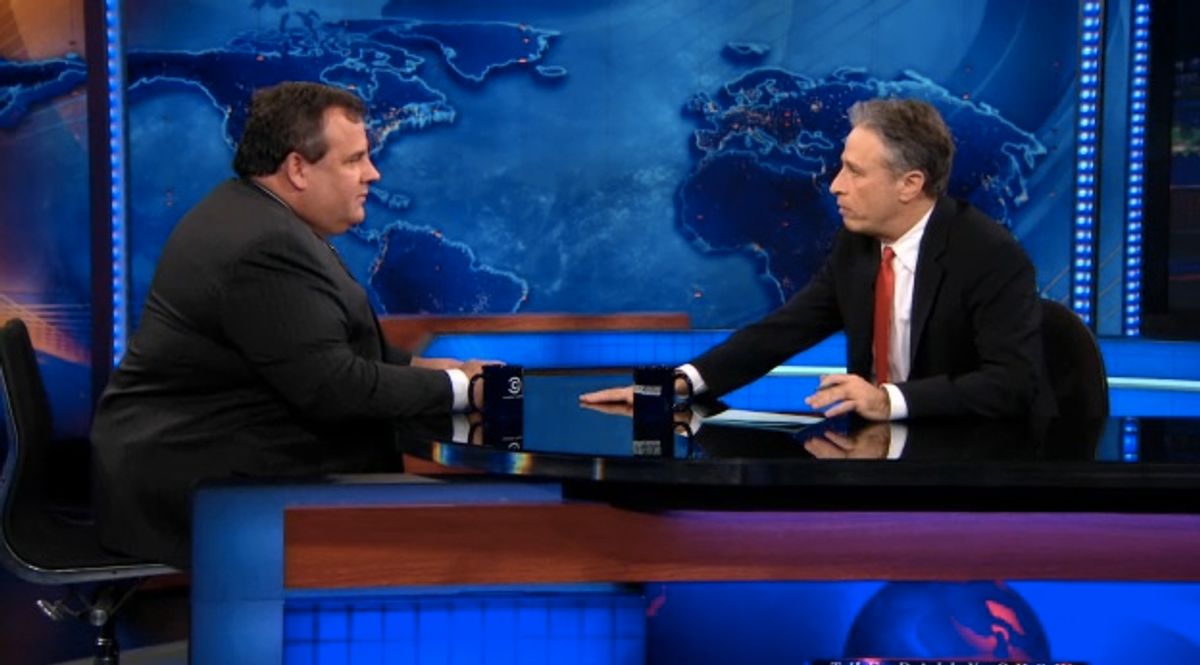 After bonding over their shared love of Bruce Springsteen, Jon Stewart and Gov. Chris Christie, R-N.J., clashed over Christie's ever-changing relationship with Obama.

The week before the Hurricane Sandy, Stewart said, Christie criticized Obama's leadership skills. “And then right after the storm was over, you were like, 'This man is a leader.'" said Stewart. "Doesn't that tell you something about the game?"

"What it tells me is that people have different skill sets at different times,” Christie replied, which made the audience laugh. Stewart shot back: “So he wasn’t a leader until you needed leadership.”

"Maybe until he was presented with a stark opportunity," said Christie.