George Will and Mary Matalin attack Paul Krugman on "This Week"

Says Will: "I have yet to encounter someone who disagrees with you who you don't think is a knave or corrupt" 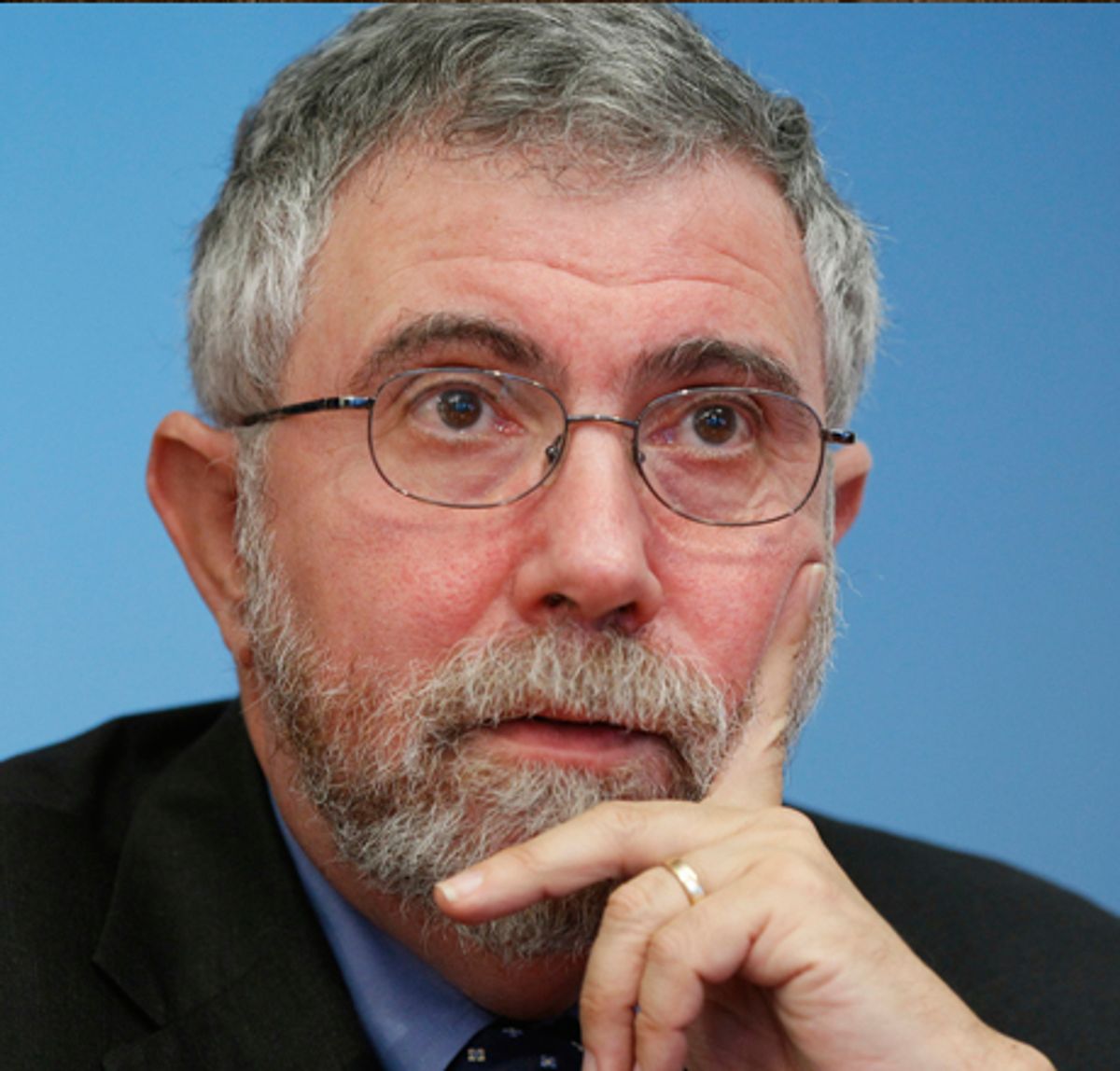 The clubby tone of the Sunday show roundtable was upended on "This Week" this morning when conservatives George Will and Mary Matalin made unusually personal attacks on New York Times columnist Paul Krugman.

Matalin suggested Krugman was more of a polemicist than an economist. And Will charged him with being unwilling to accept competing arguments.

Krugman asserted that Republicans have put nothing on the table to back up their talk about revenue, tax reform and entitlement cuts, calling their negotiating posture nothing but "big talk."

"So how is the president supposed to negotiate with people who say, "Here's my demands. By the way, I can't give you any specifics. Just make me happy," Krugman asked.

Matalin called Krugman "completely mendacious" and insisted that "Republicans have offered in theory and in specificity, for instance, to raise revenues, capping various deductions, not eliminating, but capping them, which the CBO says would raise $1.7 trillion over 10 years. They've been very specific."

KRUGMAN: That kills charitable deductions. It hits the middle class hard. If you do it -- if you do it right -- we've done this, right...

MATALIN: Are you an economist or a polemicist?

KRUGMAN: There's only -- there's only $450 billion that you can get by doing that.

KRUGMAN: No, this is not true.

Later in the broadcast, Krugman said that the Paul Ryan budget is "full of magic asterisks, too. It's not a real budget. It's a fake document. I mean, I'm amazed that people haven't gotten that. You know, we're now a couple of years into the Ryan thing, and the fact that he doesn't actually present real budgets."

That's when Will fired at Krugman:

Again, to the transcript:

WILL: Well, look, I have yet to -- I have yet to encounter someone who disagrees with you who you don't think is a knave or corrupt or a corrupt knave.

If Krugman was bothered by any of this, he did not let on. Indeed, he later corrected Matalin after she misquoted economist John Maynard Keynes.