It's actually a "right-to-work-around-the-union-for-the-corporation," he said 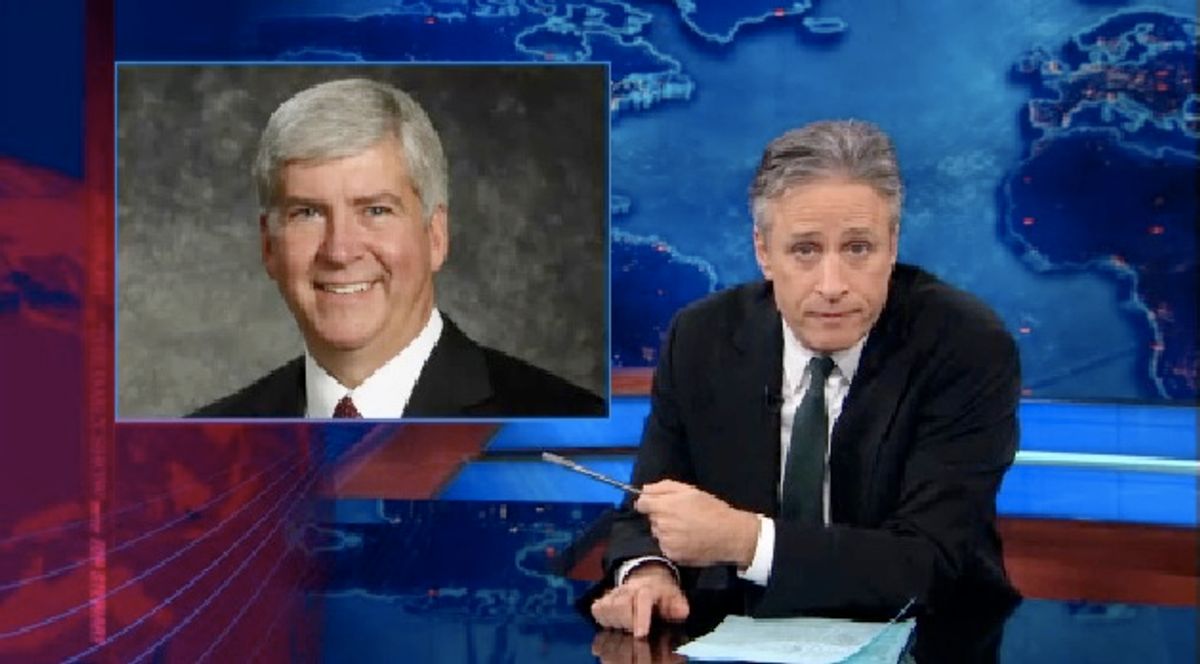 Facebook
Twitter
Reddit
Email
Last night, Jon Stewart explained right-to-work, and why it's actually a lot worse than the name would suggest.
"It's really a 'right-to-work-around-the-union-for-the-corporation,'" he said. "It's one of those things that are actually named for the opposite of the thing they do. Strip bars call themselves 'gentleman's clubs.' They're not. Or the TV network dedicated to making us stupider is called The Learning Channel."
And then he rapped, "8 Mile"-style.
Watch: