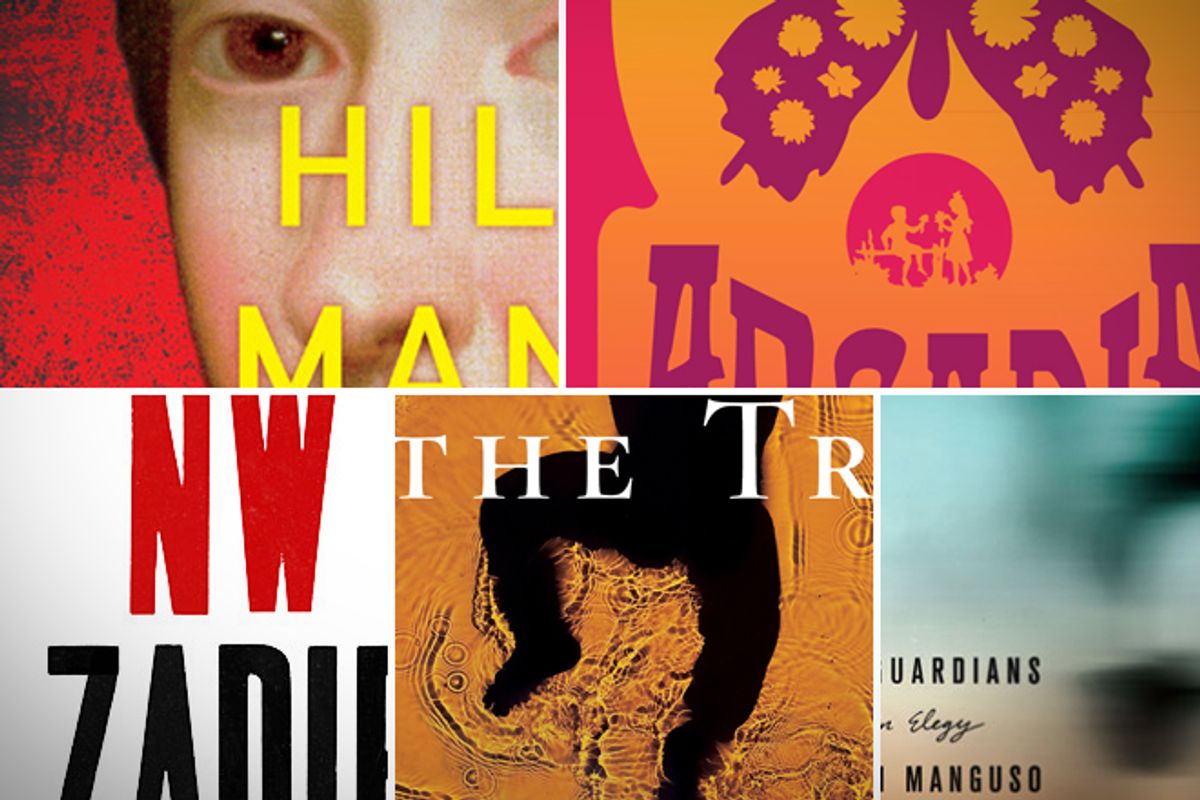 For Salon's first annual What To Read Awards, we surveyed our favorite book critics, both print and online, from high-profile publications to the hottest literary blogs. We asked for their top-10 books of 2012, and then tabulated the winners by assigning 10 points for a No. 1 selection, 9 for No. 2, all the way to 1 point for No. 10. Some critics did not want to rank their top-10; we assigned a fixed value to those ballots. Our voters' top-10 is below. "Though Sarah Manguso’s 'The Guardians' is specifically about losing a dear friend to suicide, she pries open her intelligent heart to describe our strange, sad modern lives. I think about the small resonating moments of Manguso’s narrative every day." -- M. Rebekah Otto, the Rumpus "'Beautiful Ruins' leads my list because it's set on the coast of Italy in 1962 and Richard Burton makes an entirely convincing cameo appearance. What more could you want? (It also features ingenious plotting, an overlay of black comedy and a cosmic sense of the futility of human dreams.)" -- Maureen Corrigan, NPR's "Fresh Air" "'Arcadia' captures our painful nostalgia for an idyllic past we never really had." -- Ron Charles, Washington Post "When a young wife disappears on the morning of her fifth wedding anniversary her husband becomes the automatic suspect in this compulsively readable thriller, which is as rich with sardonic humor and social satire as it is unexpected plot twists." -- Marjorie Kehe, Christian Science Monitor "There was a reason this book was so talked about, and it’s because Heti has tapped into something great." -- Jason Diamond, Vol. 1 Brooklyn "Zadie Smith’s 'NW' is going to enter the canon for the sheer audacity of the book’s project." --  Roxane Gay

"'Far From the Tree' by Andrew Solomon is to my mind a life-changing book, one that's capable of overturning long-standing ideas of identity, family and love." -- Laura Miller, Salon "'Billy Lynn's Long Halftime Walk' says a lot about where we are today," says Marjorie Kehe of the Christian Science Monitor. "Pretty much the whole point of that novel," adds Time's Lev Grossman. "Even more accomplished than the preceding novel in this sequence, 'Wolf Hall,' Mantel's new installment in the fictionalized life of Thomas Cromwell -- master secretary and chief fixer to Henry VIII -- is a high-wire act, a feat of novelistic derring-do." -- Laura Miller, Salon "Like the most remarkable literary nonfiction, it reads with the bite of a novel and opens up a corner of the world that most of us know absolutely nothing about. It stuck with me all year." -- Eric Banks, president of the National Book Critics Circle