British xenophobia on the rise

Whites are now one of London's minorities. And with the economy in turmoil, many are lashing out at immigrants 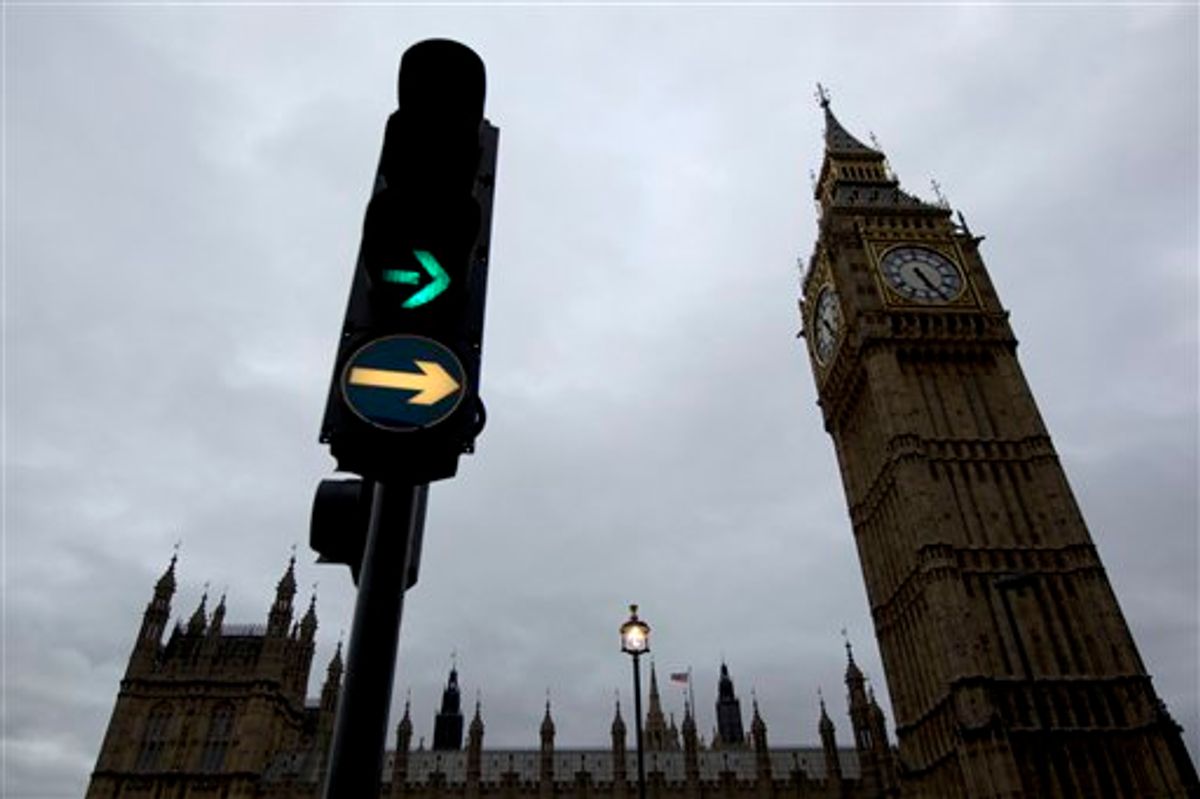 Browsing local store shelves offers a simple way to gauge the ethnic mix of any London neighborhood. With its eclectic range of East European and Middle Eastern fare, Bestco is typical for catering to the various nationalities that have recently flocked here to forge new lives.

Unscientific as they are, such snapshots reflect a more detailed picture that emerged last month when the government published the results of its first census in a decade. It was a moment in which Britain looked at itself in the mirror — and barely recognized what it saw.

Shock-filled newspaper headlines tell the story better than raw statistics: “British whites are minority in London for the first time,” wrote the Daily Mail newspaper, noting that less than 45 percent of the city’s inhabitants describe themselves as white British.

The arrival of more than three million migrants in the last decade has led to a sharp rise in the number of foreign-born UK residents throughout the country. They now number 7.5 million, 13 percent of the overall population.

The news comes just as crisis-driven austerity is fuelling resentment of immigrants, who are accused of taking jobs and abusing welfare, and putting pressure on politicians to tighten immigration policies that have been credited with a radical shake up of Britain’s identity.

The current regulations are the product of Tony Blair’s Labour Party government. Elected in 1997, it relaxed border rules that allowed East Europeans, Africans and others to settle and take low-income jobs during an era of economic boom.

Religion is also part of the changing picture. The number of Christians declined from 37.3 to 33.2 million, or 59 percent of the population, in the last decade. Meanwhile Islam is on the rise, climbing from 3.0 percent in 2001 to 4.8 percent today. The number of atheists is also up sharply, from 14 percent to 25.1 percent.

Britain has long been a multicultural society, largely a result of its seafaring imperial past. The last century saw large influxes of economic migrants from the Caribbean and South Asia, as well as refugees from Nazi Germany and, decades later, from Idi Amin’s Uganda.

While racial prejudice can be an issue, most people now accept and even celebrate the country’s cosmopolitan citizenry. At the 2012 London Olympics, Somali-born British 10,000-meter medalist Mo Farah stirred national pride when his allegiances were questioned.

But with the good times gone and Britain teetering on the brink of the latest in a rapid series of recessions, its changing image has made a growing number of people angry and upset. They say the annual influx of hundreds of thousands of foreign-born people threatens the social fabric.

Some point their fingers at Blair’s government, alleging it stifled debate about immigration by characterizing any dissent as racism.

On the streets of Tower Hamlets, a London borough where white British people are now outnumbered by those who define themselves as South Asian in origin, questions about immigration still stir unease. Several people refused to discuss the subject.

“I could tell you what I think, but then I’d probably be arrested,” Don Harvey, 56, a London-born former market trader said without elaborating.

Others were willing to talk anonymously. “I’ve got no prejudices about anyone of any color, but the fact is we’ve let too many foreigners in,” said a 35-year-old white British man. “There are parts of this city that I hardly recognize any more because they’re like another country.”

While not everyone shares such views, growing concerns have pushed immigration onto the political agenda, forcing even the Labour Party to admit its decision to open Britain’s doors may have had undesirable consequences by creating segregated communities.

"We know there is anxiety about immigration and what it means for our culture," the party’s leader Ed Miliband said in a recent speech. "The answer is not to sweep it under the carpet or fail to talk about it, nor is it to make promises that can't be kept. It is to deal with all of the issues that concern people."

Such conversations aren’t unique to the UK. France, Germany and other Western European countries have also been re-examining their own policies.

In Britain, a recent survey by pollsters YouGov found that only 11 percent of respondents agreed that immigration had been good for the country, compared to 67 percent who viewed it as bad. Even greater numbers were worried about loss of cultural identity and overcrowding.

Common concerns also include the strain immigration has put on welfare resources, such as the National Health Service, which offers free medical care to all residents. The population spike has also been blamed for pushing up housing costs in and around London.

“Race and religion are not the main issue — although it is a truism that nations with the fewest common bonds of culture and history tend to be hardest to govern,” read a December commentary in the Daily Mail.

“No, what is so deeply disturbing is the sheer pressure of this influx — encouraged against the clear wishes of a majority of Britons — on our already-strained schools, housing, transport, health and welfare.”

The paper’s columnists also accused Labour of using immigrants to increase its powerbase, figuring its left-wing agenda would appeal to low-income minorities — even though Labour’s 2010 general election defeat somewhat undermines that argument.

Recriminations aside, many want to know what happens next. Both Labour and the Conservative-led government that succeeded it have pledged tighter border controls to limit numbers of unskilled migrants, asylum-seekers and illegal immigrants.

Restrictions have already been placed on student visas, much the chagrin of universities that rely on the premium fees paid by overseas applicants.

However, the UK Independence Party, a relatively new political group that has enjoyed a surge in popularity thanks to its anti-immigration policies, wants further action to block Eastern European citizens who are legally entitled to settle in the UK under EU legislation.

Among the international customers at Bestco, Dominik Soja, a 37-year-old Polish electrician with a strong grasp of English vernacular, says he understands the debate, but insists Britain has nothing to fear from opening its borders.

“I came here eight years ago, I have worked my ass off,” he said. “Most people come here and they want to work, want to pay their taxes and build the society. Maybe Britain doesn’t look the same any more because of people like me, but so what — it’s the same everywhere else.”