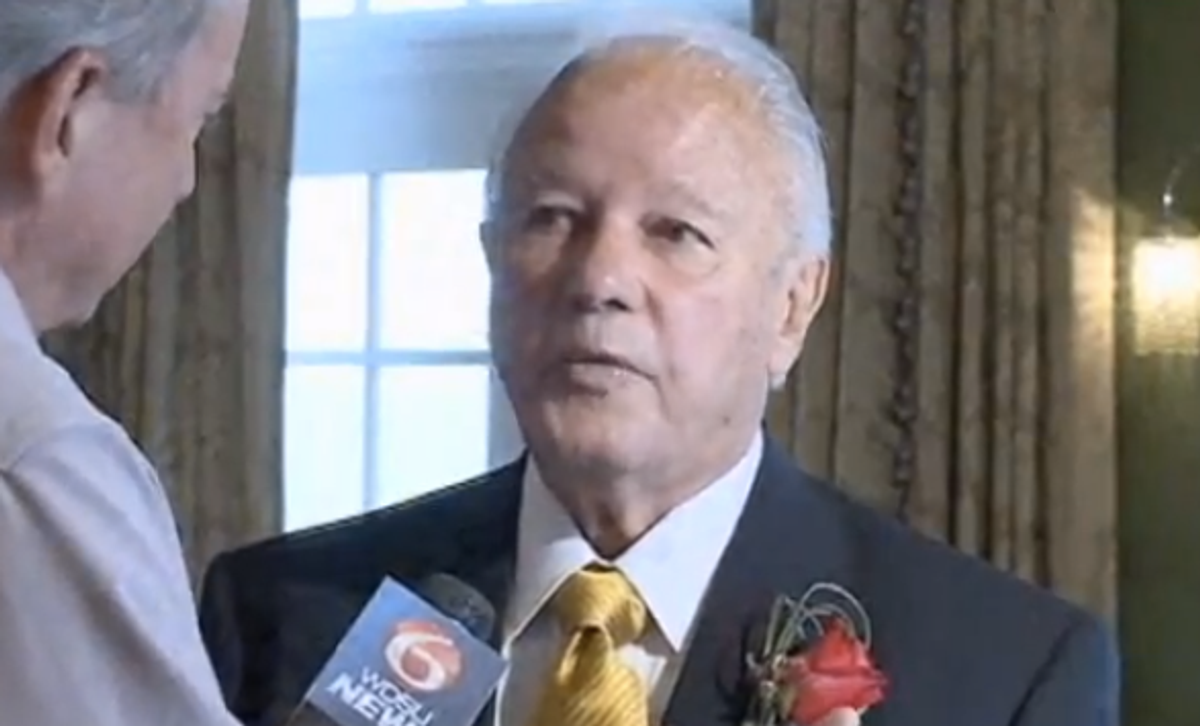 Edwin Edwards, the flamboyant, womanizing, four-decades-long Louisiana governor who spent much of the last 10 years in prison, is getting his own reality TV show on A&E -- and it's about time. EW reports that "The Governor's Wife" will follow Edwards, 85, his wife Trina, 34, and their respective children: Edwards' daughters -- a 62-year-old four-time divorcee and a 60-year-old ex-showgirl -- and Trina's two teenage boys.

According to A&E's description, the show follows "Trina as she attempts to fit into the former governor’s upscale world and busy social life while trying to get along with daughters twice her age and corral her teenage sons." Much of her time is spent "Between school projects, running for president of the Homeowner’s Association, fending off skeptics who think she’s a gold digger, and thoughts of adding a baby of their own to the mix."

The outlandish show seems like the perfect cap to the long, eccentric career of the polarizing public figure. The colorful Edwards is affectionately known as "The Silver Fox" to his devotees and gained attention nationally for his outrageous quotes. (He once joked with reporters: "The only way I can lose this election is if I'm caught in bed with either a dead girl or a live boy.") However, TPM's David Kurtz notes that "he was often described by those who dealt with him in person as the coldest, most affectless person they’d ever encountered."

But Edwards eventually succumbed to one of his numerous vices and was imprisoned for eight years on charges of extortion and bribery. Jail didn't seen too bad for Edwards, though, who divorced his much-younger wife of 10 years and then eventually engaged his even younger prison pen pal, Trina. Here's a video of Edwards and his then-fiance, in his first public appearance after being locked up for eight years: