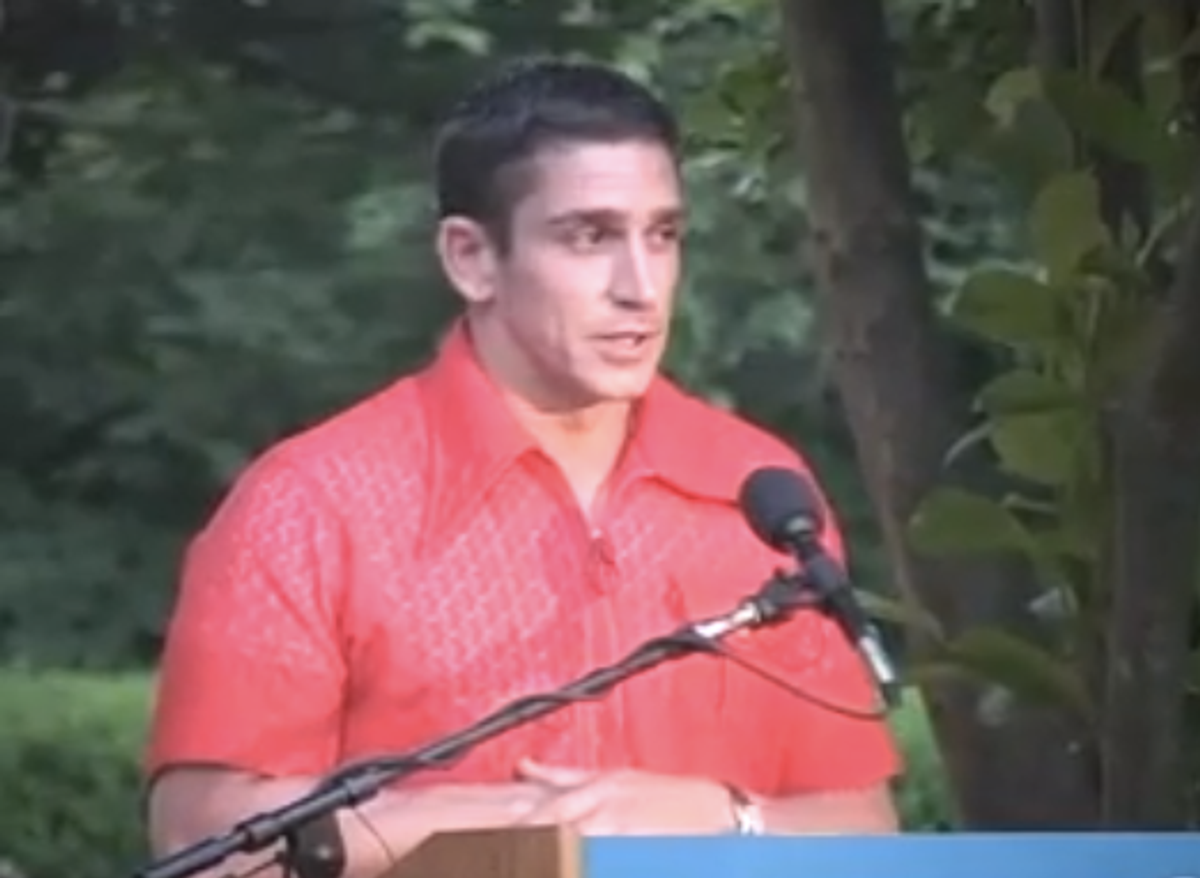 Spanish-born Richard Blanco, 44, has been lifted from the relatively obscure realm of poetry to the world stage today, as the Presidential Inaugural Committee has announced that the poet will read at President Obama's 2013 inauguration on Jan. 21. Blanco is the fifth poet to hold the honor since Robert Frost read at the ceremony ushering in President John F. Kennedy in 1961. He will also be the youngest poet, as well as the first Latino and openly gay poet, to read at the ceremony.

The inaugural committee’s spokeswoman Addie Whisenant told the New York Times that Obama selected Blanco because the poet’s “deeply personal poems are rooted in the idea of what it means to be an American.” Blanco similarly expressed a kinship with the President, saying that the two see America in similar ways. Talking to the Times via phone, Blanco said,“Since the beginning of the campaign, I totally related to his life story and the way he speaks of his family, and of course his multicultural background," adding, “There has always been a spiritual connection in that sense. I feel in some ways that when I’m writing about my family, I’m writing about him.”

Blanco was raised in Miami by immigrants whose "business was survival," he says. Blanco struggled to adhere to cultural norms, repressing his homosexuality and his creativity in pursuit of something his family perceived as manlier--engineering. However, budding questions of “identity and cultural negotiations" like "who am I, where do I belong, what is this stuff about Cuba my parents keep talking about?” inspired him to start writing about American identity in his 20s. But as his friend and award-winning journalist Liz Balmaseda told the Times, “You don’t have to be an exile, you don’t have to be Latino or gay to get the yearning in Richard’s poetry.”

Blanco will pen an original poem along the inaugural theme of “Our People, Our Future" for the ceremony.

Watch Blanco read at the Sunken Garden Poetry Festival in 2004: