Obama: Congress won't get a "ransom in exchange for not crashing the economy" 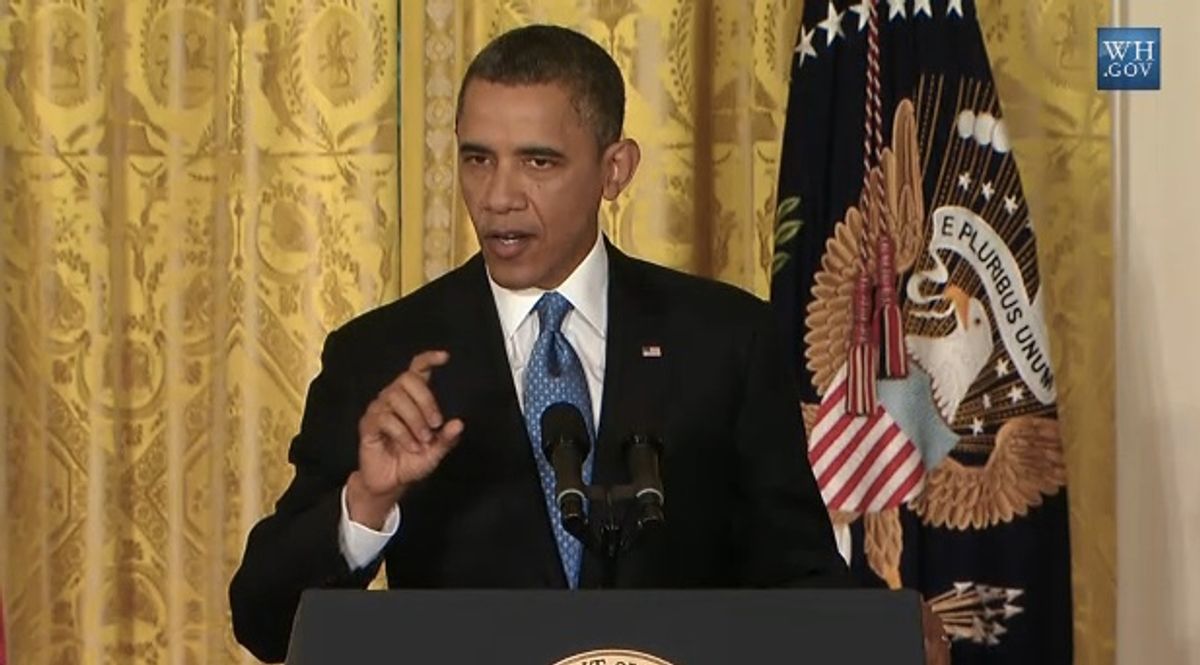 In the last press conference of his first term, President Obama said that it's "absurd" that Republicans use the debt ceiling  as leverage to cut spending, and that Congress "will not collect a ransom in exchange for not crashing the economy."

"I want to be clear about this: The debt ceiling is not a question of authorizing more spending. Raising the debt ceiling does not authorize more spending, it simply allows the country to pay for spending that Congress has already committed to," Obama said.

Obama continued that "we are not a deadbeat nation," and there is a very simple solution to the debt ceiling issue: Congress has to vote to raise it. "There are no magic tricks here. There are no loopholes. There are no easy outs. This is a matter of, Congress authorizes spending." He added that if John Boehner or Mitch McConnell want to authorize Obama to unilaterally raise the debt ceiling, as McConnell once suggested, he would be open to it.

On gun control, the president said that he will be meeting with Vice President Joe Biden later Monday to discuss proposals to curb gun violence, and hopes to get a fuller presentation of the potential legislation later in the week. "My starting point is not to worry about the politics, my starting point is to focus on what makes sense, what works," Obama said, adding that when it comes to getting measures through Congress, members "are going to have to have a debate and examine their own conscience."

"Will all of [the measures] get through this Congress? I don't know. But what's uppermost in my mind is being honest with the American people and with Congress about what I think will work," Obama continued, noting that a number of steps "I can accomplish through executive action."