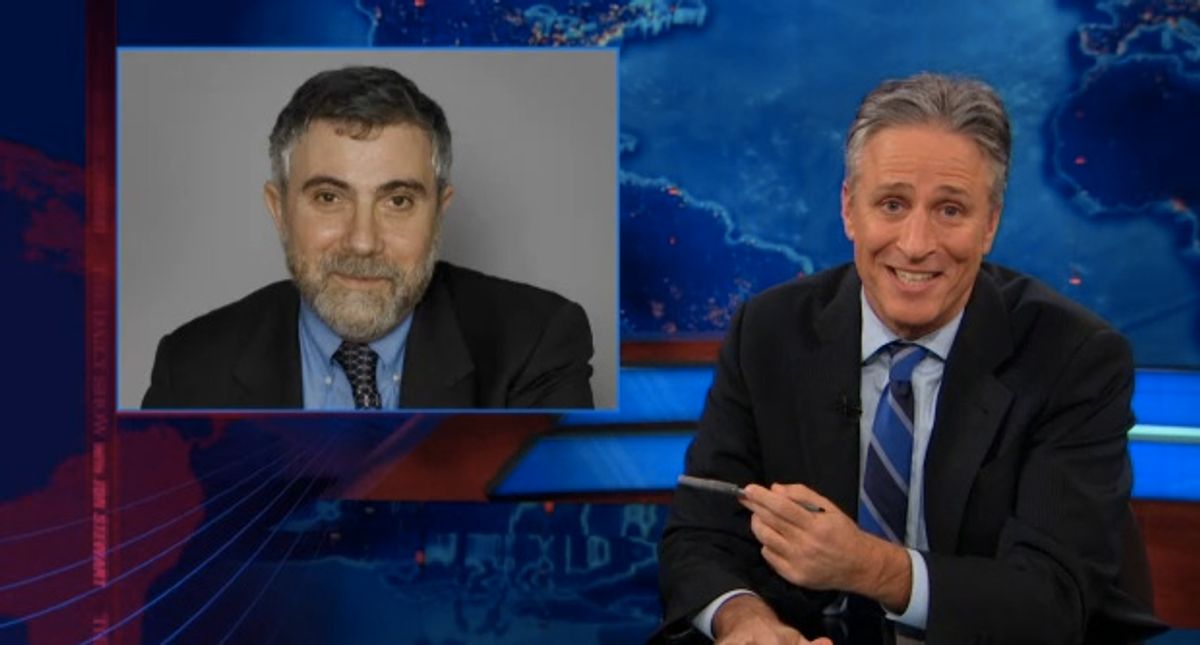 Jon Stewart responded to Paul Krugman's criticism that his segment on the trillion dollar coin was "lazy,"  saying, "First of all, 'lazy'? Motherfucker, I’m out here banging it out four days a week, 22 minutes a day. So don’t tell me I don't work hard!”

Over the weekend, Krugman had called out Stewart for his coverage of the trillion dollar coin last Thursday, telling ABC News: “It is a funny thing. But you want to be funny from a point of view of understanding what the issues are. There’s a reason we’ve gotten to this place.” He added: “Obviously neither he nor his staff did even five minutes of looking at the financial blogs which have been talking about this. Lots of people think it’s a bad idea. Lots of people think it’s a good idea. But it’s not just, ‘Oh, those idiots.’”

Stewart responded on his show on Monday: "I stand by our research on the topic, the due diligence, and my ignorant conclusion that a trillion dollar coin minted to allow the President to circumvent the debt ceiling, however arbitrary that may be, is a stupid fucking idea."

Stewart added: "And I'm a fan of Paul Krugman."