Republicans know America doesn't support them, so now they're looking to count less of America 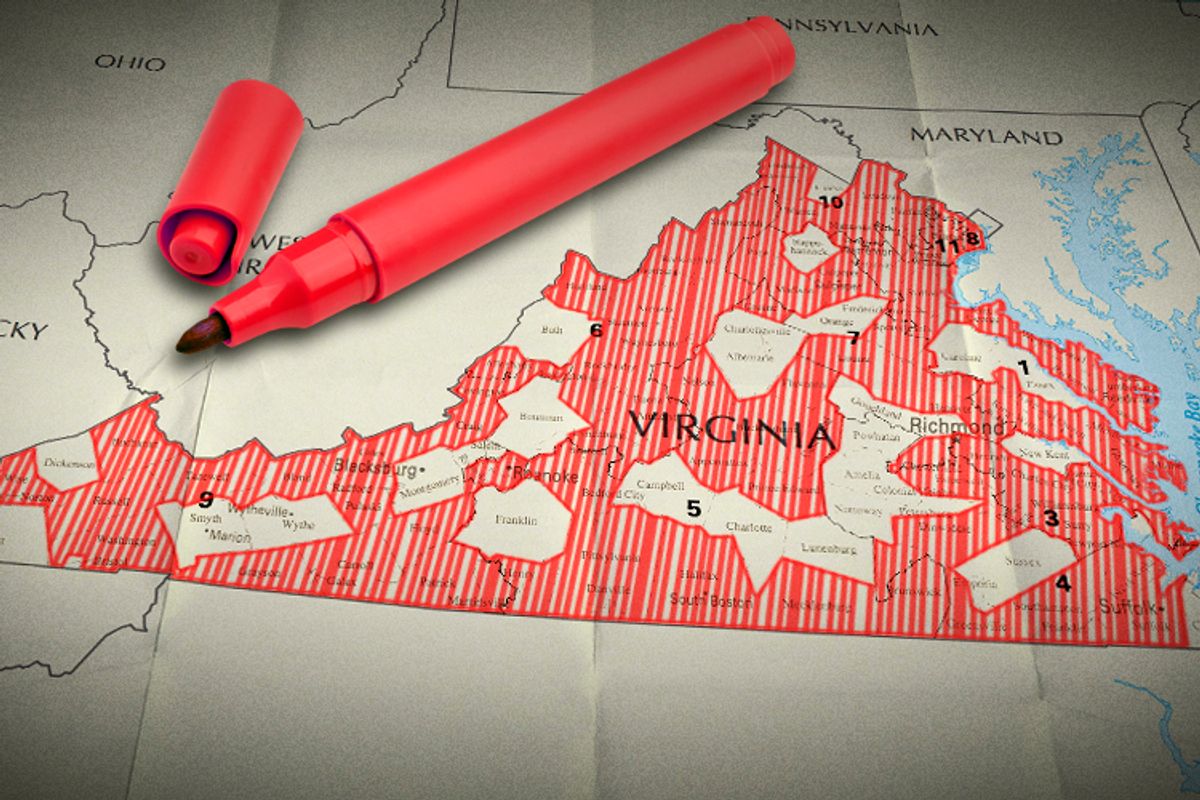 First, Virginia Republicans pulled the old "surprise redistricting while a civil rights hero was out of town attending the president's inauguration on Martin Luther King Day" trick. That was just a prelude to the real show: Blatantly anti-democratic electoral vote rejiggering. A state Senate subcommittee recommended a bill to "apportion electors according to which presidential candidate carries each of the state's 11 congressional districts," replacing Virginia's current "winner-takes-all" system with one that would've given Mitt Romney a majority of Virginia's electoral votes in 2012.

Similar proposals are being pushed in Wisconsin and Pennsylvania, with the support of the national Republican Party, as represented by Republican National Committee head Reince Priebus. You can see why they like this plan: It is effectively the same thing as mass disenfranchisement of minorities, but it doesn't look as awful and Jim Crow-y. Instead of trying to take votes away from black and poor and Hispanic people -- which led to some bad press and a bunch of lawsuits -- these new proposals simply ensure that the votes of rural white people will count more. Plus, it's all legal, because the Constitution basically says you can pick electors any damn way you please. If a Republican-controlled state passed a bill declaring that its state's electors should go to whichever candidate is richer, that would be totally constitutional.

The "arguments" for switching to district-based electoral vote schemes are all pretty risible -- the author of the Virginia bill says the point is to make sure rural concerns aren't ignored, though it seems to be a bit of an over-correction -- but the arguments aren't really meant to convince anyone. Because the party has given up on "convincing." A party that would bother to dedicate any effort whatsoever to selling its policies to even slightly skeptical observers is not a party that decides to just change the rules of elections so that its guy would've won last time despite getting fewer votes.

Electoral vote-rigging plans show a Republican Party that is finally acknowledging the reality that a majority of Americans don't subscribe to its brand of conservatism. Virginia was a "red state" for the entirety of the post-Civil Rights Act era, and this move shows that the GOP has effectively given up on winning it for the foreseeable future. It's a stunning admission of irrelevance.

You know and I know that white, old rural votes aren't enough to win national, or even many statewide elections anymore, but the entire Republican Party didn't know that, as the Romney campaign and its amateur army of unskewers showed just a few months ago. The party has been convinced since 1968 that the vast majority of Americans agree with them -- even if they do so quietly -- and this conviction is what brought us the Clinton impeachment, Iraq and the complete and total obstruction of every Obama administration priority since 2009. That deeply rooted belief that America was on their side gave them cover to act as irresponsibly as they liked in pursuit of their agenda.

Now we see what the Republican Party does when it can't ignore the evidence that most Americans aren't Republicans: Instead of changing anything at all about their beliefs to bring themselves closer to the mainstream, they are all brainstorming increasingly bizarre ways of winning elections without receiving more support from citizens.