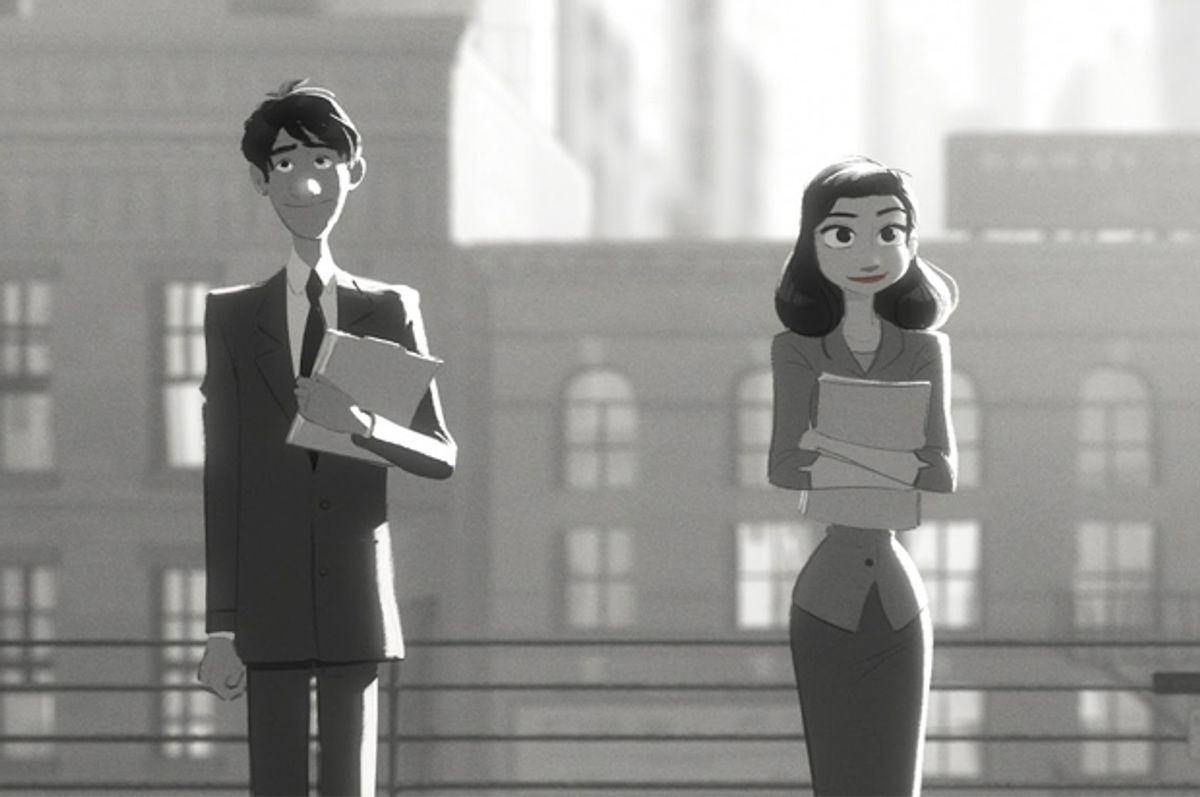 With the 85th Academy Awards around the corner, Disney has just released its heartwarming Oscar-nominated short “Paperman” in full on YouTube. The mostly black-and-white animated six-minute film marks the directorial debut of “Tangled” and “Ratatouille” animator John Kahrs, who blends traditional hand-drawn animation with CG techniques, and the result is a sweet love story between a man and a woman who meet by chance on their morning commute.

The dialogue-free short unfolds in 1940s Manhattan, where a lonely young man is hit by a flying piece of paper while standing on a train platform. He is dazzled by the beautiful woman who accidently drops her paper as a gust of wind blows it away, but quickly realizes she's departed on the train. Convinced that the girl of his dreams is gone forever, the guy spots her in a skyscraper window across the avenue from his office and gets a second chance to woo her.

“Paperman” will be competing for the best animated short film on Feb.24, against Mnikyu Lee’s “Adam and Dog,” PES’ “Fresh Guacamole,” Timothy Reckart and Fodhla Cronin O'Reilly’s “Head over Heels” and David Silverman’s “The Longest Daycare.”