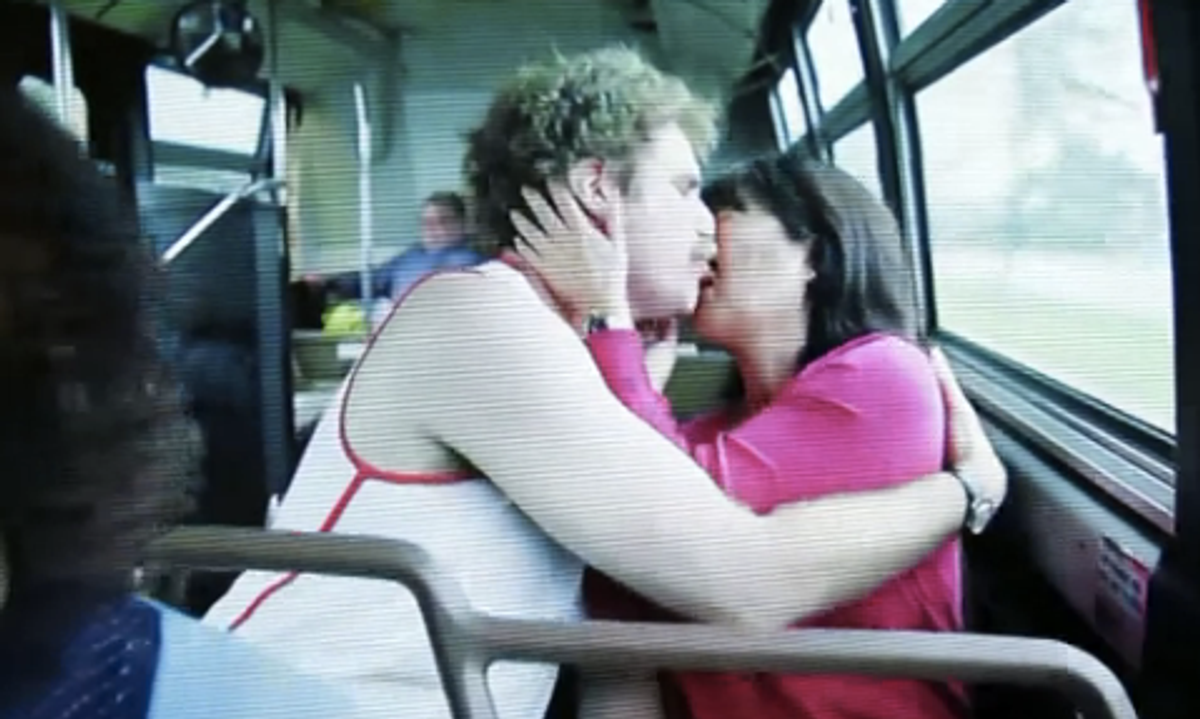 Will Ferrell is in another Old Milwaukee beer ad. RadarOnline reports that the commercial, which aired during last night's Super Bowl, was broadcast only in Glendive, Mont.; Sherman, Texas; and Ardmore, Okla. The minute-long shot consists of a tank-top donning Ferrell aggressively making out with a woman in a bus.

The commercial is part of a larger, low-budget collection that the comedian did for parent company Pabst Brewing Co. in September 2011 for free. “Will approached Old Milwaukee because he’s a big fan of the beer and thought it would be fun to make the commercials," said Pabst Brewing’s chief marketing officer Bryan Crowley in November 2011. The commercials were uploaded online and played on local stations in Davenport, Iowa.

“Old Milwaukee makes a product to get you drunk,” says Ferrell. “It’s good in eight or nine or 10 samplings, you can’t just enjoy one.”