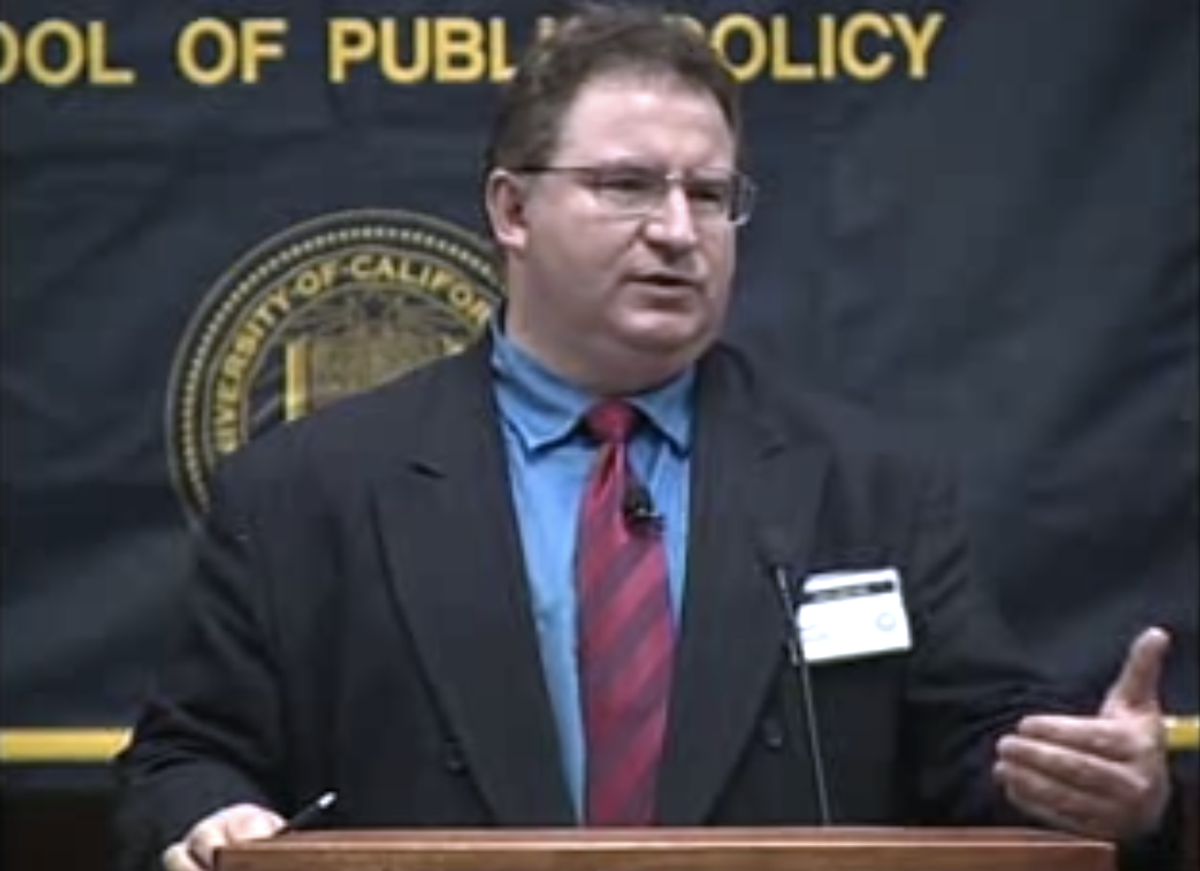 John J. DiIulio, the first director of George W. Bush's White House Office of Faith-Based Initiatives, has taken to the Washington Post to laud President Obama's White House Office of Faith-Based and Neighborhood Partnerships. In it, he cutely claims to like Obama's director of the faith-based office, Joshua DuBois, better than "Bush's first 'faith czar.'"

Less than a year into his own tenure, DiIulio resigned in disgust, and complained about Bush staffers who sought to dole out favors to religious conservatives rather than serve "compassionate conservativism." He notoriously coined the term "Mayberry Machiavellis" to describe Bush insiders, who, in relation to faith-based legislation, "winked at the most far-right House Republicans" in attempting to pass legislation for the faith-based office. That bill, which went nowhere, was drafted because Bush staffers thought it "satisfied certain fundamentalist leaders and Beltway libertarians."

DiIulio, who later advised Obama in the transition, has high praise for Obama's incarnation of the office, which is now entering its fourth year. Like Bush's, the office is authorized via presidential executive order rather than statutorily, so it will continue to operate, if at all, at the whim of future presidents. But to DiIulio's eye, it is more in line with what he envisioned for "compassionate conservatism." Under Obama, he posits, more is being done "to foster 'faith-based and neighborhood partnerships' that feed hungry children, expand affordable housing, generate jobs for ex-prisoners, and do other real social and civic good."

His phrasing makes the project seem unassailable, and he suggests that only "secular liberals" remain dissatisfied. But as Interfaith Alliance president Rev. C. Welton Gaddy notes in his response, one can "fully support government funding for social services, especially when the health and welfare of children are involved" and be "grateful for the hard work being done by faith-based organizations across the country to provide social services to the community," but "if faith-based organizations receive taxpayer dollars, they should be required to follow the same rules as every other non-profit organizations who receive such funds."

Gaddy is referring to Obama's decision to permit federally-funded religious organizations to hire only candidates that suit their religious preferences, and fire ones who don't. Civil liberties and religious organizations opposed to the rule have spent the past four years since Obama launched the OFBNP urging the president to require these groups to comply with anti-discrimination laws if they accept taxpayer money, to no avail.

Thanks to a Freedom of Information Act request from the American Civil Liberties Union, we now know that the Justice Department, under Obama, has adopted a policy of granting certificates of exemption to taxpayer-funded religious organizations that request one. It has not revealed how many organizations have received such exemptions from federal anti-discrimination law.

Anxious to portray the Obama effort as a centrist ideal, DiIulio rather cavalierly dismisses this and other lingering problems, including a lack of transparency. He admits that while "hard data are hard to find," it nonetheless "appears that the number of faith-based grantees has actually increased since 2008, and some religious nonprofits, notably the largest Catholic ones, have received record federal funding over the last several years." (emphasis added)

The transparency issue is hardly a minor one. Why are hard data hard to find? If there indeed has been a record amount of taxpayer funding of religious organizations, solving the constitutional problems becomes more imperative. Transparency is critical for taxpayers to where government money is being spent, not only for assessing whether it's being spent effectively, but also for assessing whether religious recipients are using it in a constitutional way. If we don't know which organizations are receiving money, then how do we know that they are playing by rules prohibiting proselytization, for example?

DiIulio suggests, though, that since both sides ("secular liberals" and religious conservatives) have been annoyed with Obama's policies with regard to religion, everything must be alright, after all:

As Gaddy points out, it's not just the "secular liberals" DiIulio points at who oppose the discriminatory hiring rule; religious organizations, like the Interfaith Alliance, who support secular government, have been part of the Coalition Against Religious Discrimination. What's more, DiIulio's juxtaposition of this rule with the contraception benefit requirement under the Affordable Care Act is just bizarre. DiIulio mystifyingly refers to the contraception coverage requirement as "new rules that require religious nonprofits that receive federal money to offer employees insurance packages that violate some groups' religious beliefs." Of course it was not, as he suggests, crafted as a way to stick it to taxpayer-funded religious organizations. It was not a way of evening out the disappointment of civil liberties advocates with faith-based hiring discrimination with something that would anger religious conservatives. It's a health care rule, meant to advance the reproductive health of American women. The policy of allowing taxpayer-funded religious organizations to discriminate in hiring benefits no one but the religious organizations who want to accept taxpayer money but not play by the rules. As Gaddy says, feeding hungry children is an essential goal. But since it could be done without raising these constitutional issues, why isn't it?