Update: a source tells Deadline that Disney is still "kicking around ideas" about the movies 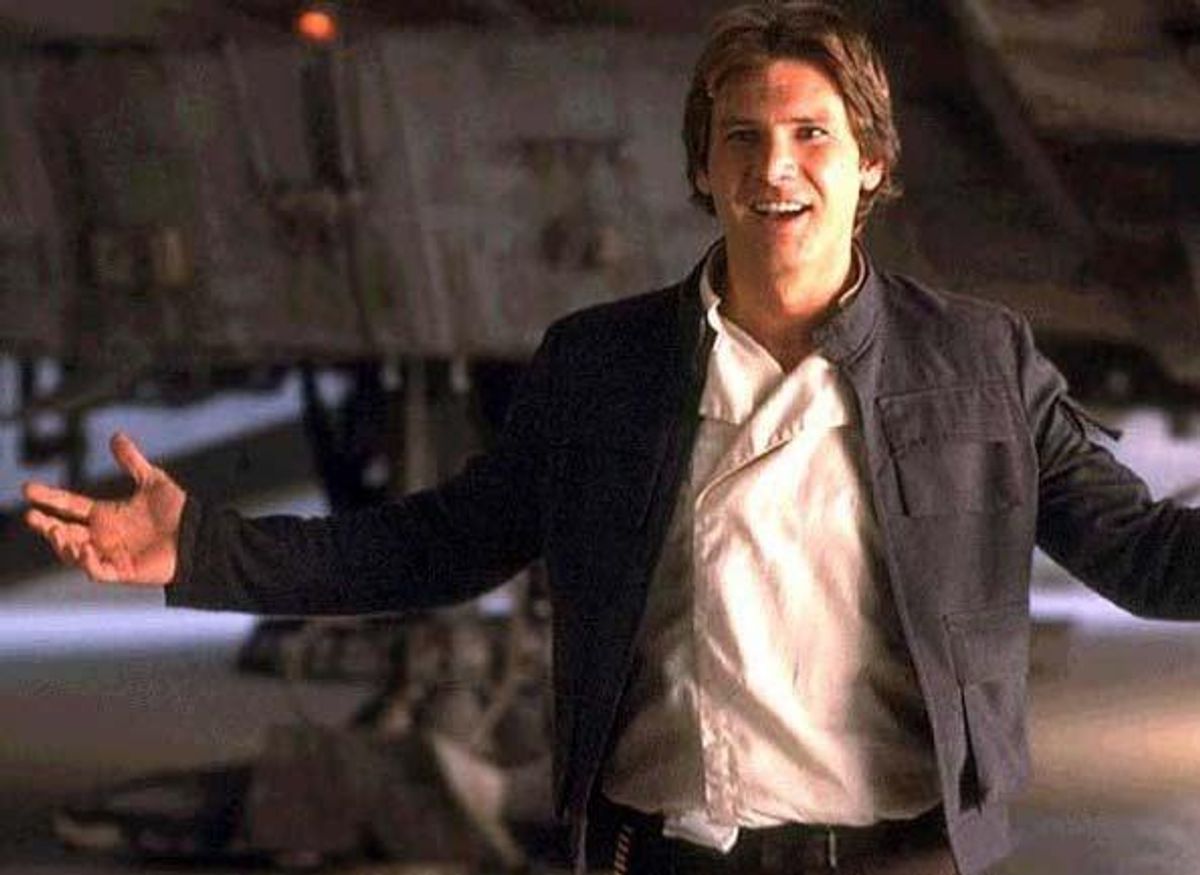 Disney has been teasing us for months now. First, the company worried loyal "Star Wars" fans by announcing a new trilogy back in 2012.  After everyone begrudgingly accepted the idea, Disney actually got us excited about it, naming the legendary J.J. Abrams director. Then, everyone got upset again when yesterday Disney CEO Bob Iger announced a stand-alone character spinoff series. (Rumors suggested the first one might be about Yoda.).Today, people are excited again: Entertainment Weekly reports that the first two spinoff films will follow a young Han Solo and another will tell the tale of mysterious bounty hunter, Boba Fett.

The Han Solo story would take place in the time period between Revenge of the Sith and the first Star Wars (now known as A New Hope), so although it’s possible Harrison Ford could appear as a framing device, the movie would require a new actor for the lead — one presumably much younger than even the 35-year-old Ford when he appeared in the 1977 original.

The Boba Fett film would take place either between A New Hope and The Empire Strikes Back, or between Empire and Jedi, where the bounty hunter was last seen plunging unceremoniously into a sarlacc pit.

Given the setting of both films, it's likely that the villainous Darth Vader, the gambler Lando Calrissian and the slimy Jabba the Hut will return to the big screen. But the deal is still in its early stages: Directors and actors have not been named, and sources told EW that the direction of the projects could still change.

But if all goes as planned, then maybe this will be the push Ben & Jerry's needs to finally make a Boba Fett/Han Solo-themed ice cream flavor.

Update:  A source has told Deadline that the Han Solo and Boba Fett movies aren't set in stone: “Nobody knows when these movies are even coming out. Right now, people are just kicking around ideas. Which is why you hear it’s Yoda one day and a young Han Solo another. It’s all in early development right now.”