But while DOMA remains the law of the land, full health and housing benefits remain off limits to same-sex partners 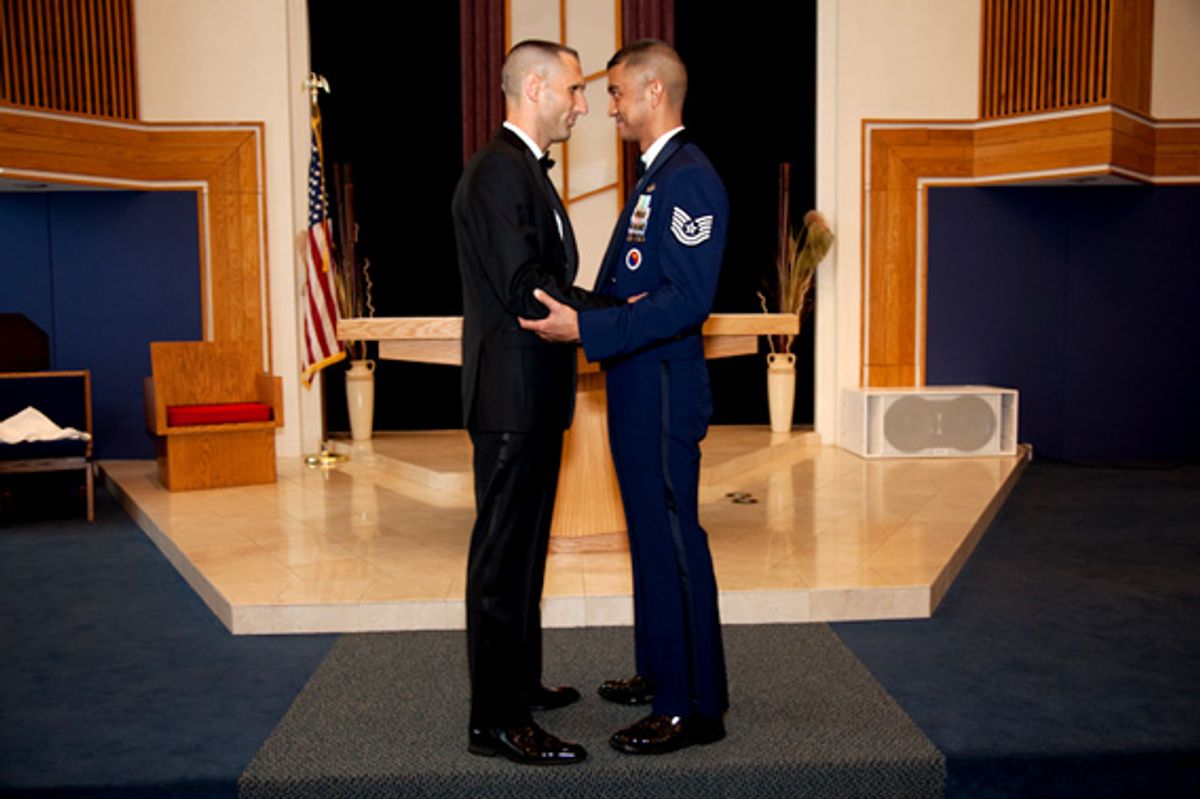 Outgoing Defense Secretary Leon E. Panetta is preparing to announce yet another landmark change in military policy, senior officials say. Only weeks after lifting the ban on women in combat, the Pentagon is set to extend certain benefits to the spouses of gay military personnel.

But the full medical, dental and housing allowances gay military couples have been fighting for will likely remain out of reach, at least for now.

Members of the military are federal employees, and extending equal benefits to gay personell would first require the repeal of the Defense of Marriage Act (DOMA), the 1996 law that defines marriage as a union between one man and one woman. That means that even gay couples who have legally recognized marriages in other states still fall under federal jurisdiction at the Pentagon -- and under the rules and restrictions of DOMA.

While the two-tiered system of benefits for gay and lesbian service members remains largely intact, experts believe the Pentagon's latest move toward fairness could help do away with DOMA, eventually:

“If you provide benefits to individuals seen as the most deserving and the social fabric doesn’t tear, that does make it easier down the line to do away with DOMA,” Tammy S. Schultz, the director of the National Security and Joint Warfare Program at the Marine Corps War College, told the Washington Post. “It could be a flanking maneuver to keep chipping away at it.”

The Supreme Court is set to rules on the constitutionality of DOMA this year.

The new benefits introduced by the Pentagon may include granting military IDs to gay spouses, extending some housing privileges, and opening access to base recreational facilities. This is Panetta’s third landmark policy change during his tenure, including the repeal of "Don't Ask, Don't Tell" in 2011 and, most recently, lifting the ban on women in combat.

The Pentagon's announcement also comes on the heels of a controversy at Fort Bragg, N.C., in which the wife of a female lieutenant colonel was denied membership at the officers’ spouses organization. The incident received national attention, prompting the Marine Corps to issue a memo saying that groups could not reject prospective members on the basis of sexual orientation.