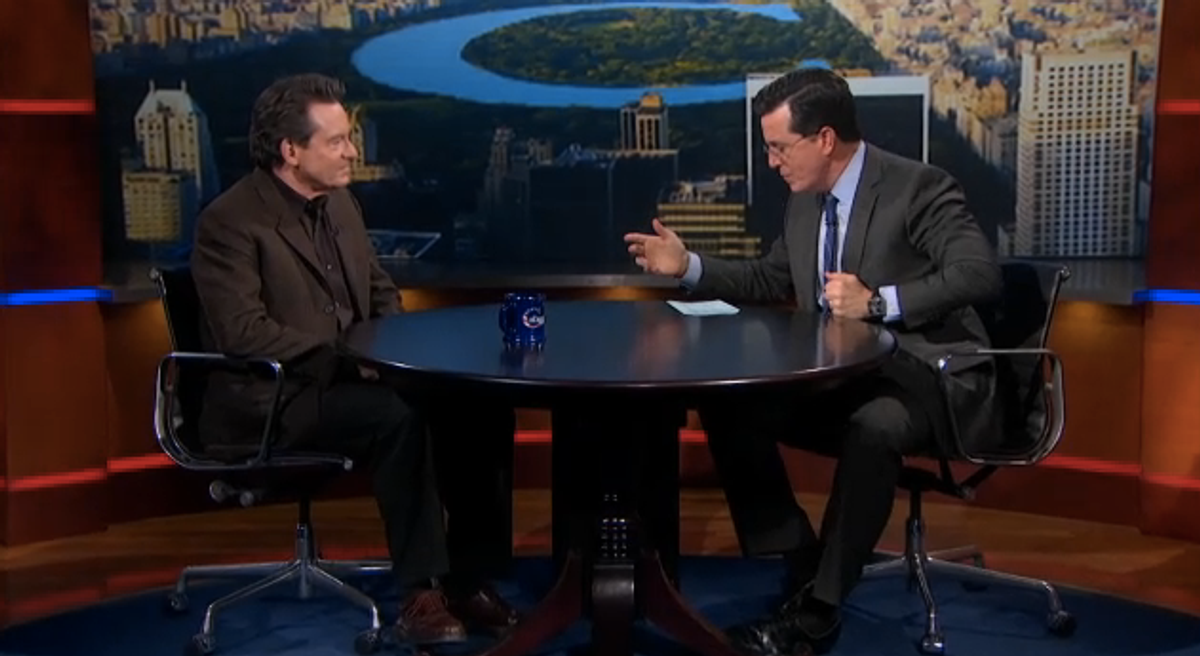 New Yorker writer and Pulitzer Prize-winner Lawrence Wright was on "The Colbert Report" last night to discuss his controversial and revealing exposé of Scientology: "Going Clear: Scientology, Hollywood, and the Prison of Belief."

He explained to Colbert that "prison" is an almost literal description, saying, "In this case, I framed the 'prison of belief' because I was especially thinking of how in the Sea Org or the clergy ... there is a lot of physical abuse going on according to sources that I've heard from, and a lot of involuntary confinement." Through interviews and research, he also discovered that victims "are not exactly being held against their will, it's their will that's holding them there," explaining, "And that's the prison of belief."