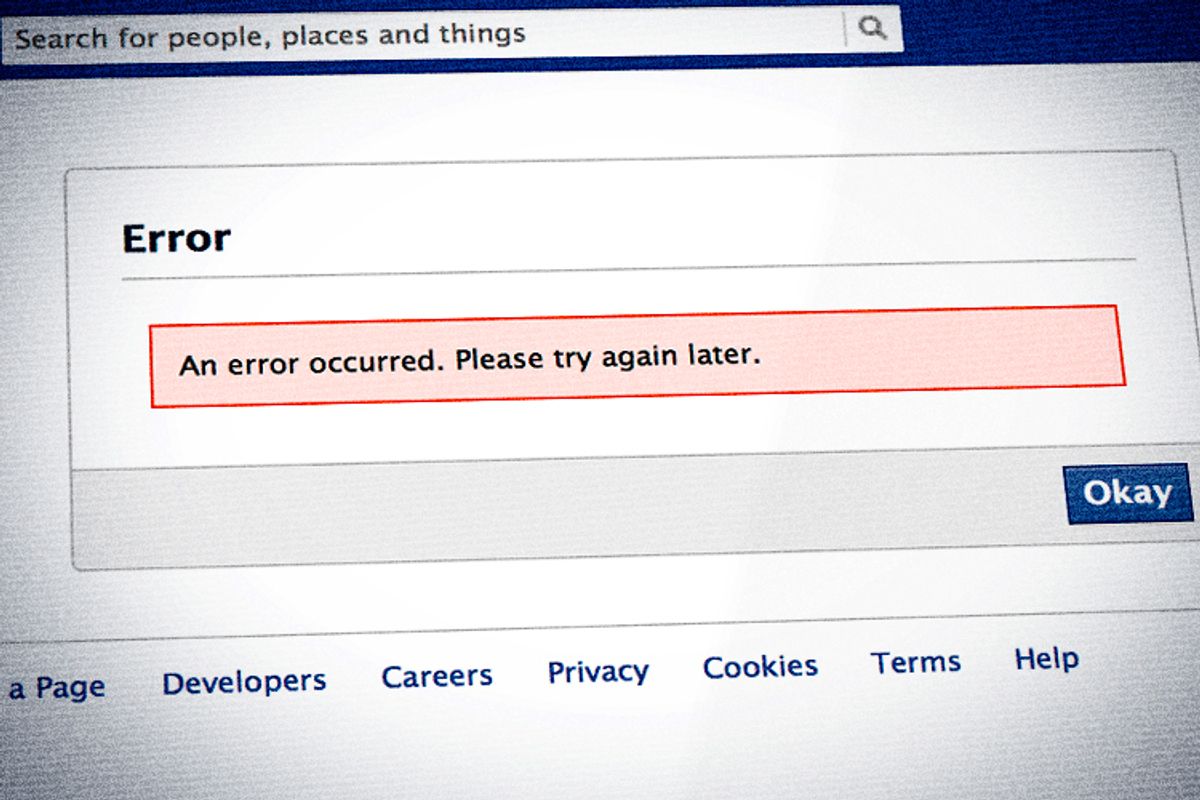 Around 7:30 p.m. Eastern time on Thursday, Facebook broke the Internet for about 15 minutes.

Early media reports characterized the outage as Facebook "taking down" a host of major websites. But that's not really what happened. If you were online and logged into Facebook in one tab of your browser, and then tried to visit another site in another tab that happened to include a Facebook Like button you got bounced to a Facebook error page. But there was an easy fix: You could log out of Facebook, or open up another browser. Problem solved.

Of course, for many people, it wasn't immediately clear what was happening, which led to a lot of confusion. Why was a visit to ESPN or Salon resulting in a Facebook page. The Internet sure seemed broken for a few minutes.

But the chaos and despair and mock hilarity -- SKYNET HAS AWOKEN! -- passed quickly, and everyone soon got back to their normal browsing business. Facebook limited itself to an anodyne response downplaying the whole affair: "For a short period of time, there was a bug that redirected people from third-party sites integrated with Facebook to Facebook.com. The issue was quickly resolved.”

Not so fast! We should stop and think about what really happened. By demonstrating a direct connection between our Facebook logins and the Facebook Like buttons on non-Facebook pages, Facebook inadvertently advertised exactly how much it potentially knows about all our Web browsing habits.

In the past, Facebook has sworn that it won't use its capabilities to track its users or even deliver targeted advertisements to them outside of Facebook. But the company has been caught red-handed doing exactly that several times, and in recent months has announced plans to start "selling ads that follow Facebook members beyond the confines of the social network."

Funny, that Skynet joke doesn't seem quite so hilarious, after all.