Do abandoned children have the right to know their origins?

Surrendered babies and the making of identity 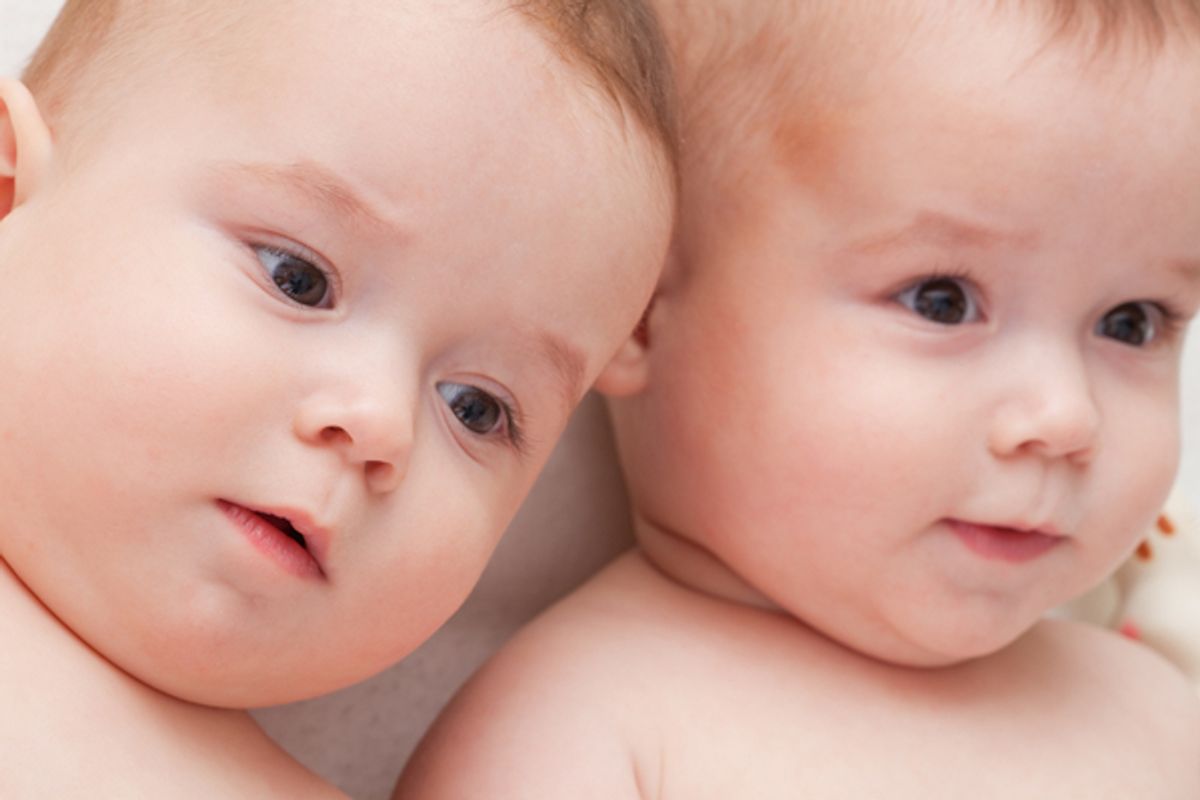 It has become common practice in the United States, Europe, and worldwide for governments to provide baby boxes or “safe surrender” sites, usually near hospitals, where mothers or relatives of unwanted newborns may abandon them anonymously, so that they may be cared for by others and eventually adopted. Such programs are intended to prevent infanticide and deaths from infant abandonment and have succeeded in doing so around the world. Despite this success, the United Nations has called the provision of baby boxes into question.

Do such programs violate the human rights of the abandoned babies? The obvious answer is no, since the service provides desperate mothers an alternative to infanticide or unsafe abandonment. In fact, baby boxes appear to promote children’s right to life, as described in Article 6 of The United Nations Convention on the Rights of the Child (UNCRC).

However, the UN Committee on the Rights of the Child disagrees on the basis of Article 8: “States Parties undertake to respect the right of the child to preserve his or her identity, including nationality, name and family relations.” Safe-surrender programs sever the connection between the child and his or her family of origin. That is what they are intended to do. The question is whether this violates the child’s rights.

Those who say it does believe that children have a right to know their family of origin because that knowledge is central to the healthy formation of their identity. The most plausible interpretation of this idea is that healthy psychological development requires a mental reservoir of family resemblances—ideas of people related to you and the particular traits, behaviors, and mannerisms that make them who they are—from which to construct an identity. However, this family-resemblances justification of the right to know presupposes that only biogenetic kin can be a source for family resemblances. This assumption is mistaken; family members do not need to be biological relatives to serve as the basis for identity formation. Therefore, this alleged need cannot ground a supposed right of the child to know his biological kin.

What children should be told about their family is, rather, a question of their welfare. That it appears otherwise in the case of children not living in their families of origin, including those adopted after being abandoned, is symptomatic of the widespread acceptance of a bionormative conception of the family and the corresponding prejudice against families formed in other ways.

Baby boxes certainly raise complex problems worthy of concern. The psychologist Kevin Browne, whose unpublished research influenced the Commission on the Rights of the Child, questions whether such programs even uphold the rights of mothers. After all, it is not always clear that a child’s mother has consented to the baby being placed in a baby box, instead of, say, a spiteful boyfriend or pimp. Browne also notes that the anonymity of the surrender precludes counseling and other support for women and their babies. These are significant ethical issues, perhaps weighty enough to convince us that safe-surrender programs are wrong—not because they violate children’s right to know their biogenetic origins, but because there are better ways for society to meet the reproductive needs of women, to support expectant mothers, and to care for mothers and their babies in difficult circumstances.

Anonymous baby abandonment was not the original target of Article 8. The UNCRC’s drafters included Article 8 to condemn Argentina for removing children from families of political dissidents and giving them to military couples, a common practice there in the tumultuous 1970s and ’80s. Other provisions cementing a child’s ties to his or her original family and community attempted to protect the rights of minority ethnic groups to an autonomous culture. Abhorrent practices such as Argentina’s bear little resemblance to the situations that might prompt a desperate mother to place her infant in a baby box; indeed, the circumstances are so different that one might wonder about the rational basis for applying Article 8 to safe-surrender sites.

Misapplied or not, Article 8 is now being construed to mean that children have a right to know because they have a right to an identity, understood as a right to develop a healthy sense of self, a process that requires knowledge of one’s biological-familial origins. Is there actually a right to know one’s biogenetic familial origins? The American Adoption Congress thinks so: “All individuals whose genetic and biological origins are different from those of their legally recognized families have the right to know those origins.” And many European countries have enacted laws and policies based on such a right. If they’re correct, the implications go well beyond safe-surrender programs. Such a right would also call into question the ethical acceptability of reproduction via anonymous gamete vending as well as closed adoptions, in which the record of an adopted child’s biological parents is kept secret.

There is no evidence of serious harm to children who don’t know their biological or genetic origins.

But the concept of identity that allegedly grounds the right to know is a fuzzy one at best. The relevant notion of identity is the psychological sense of self that normally develops in childhood. Two ideas connect a child’s psychological identity to knowledge of her family of origin. First, one might think that a child’s identity is determined to a substantial degree by her biogenetic inheritance, so to know herself she must know what that biogenetic heritage is. This claim might even seem self-evident in our era of the human genome and genetic medicine, but, in fact, this knowledge cannot be necessary for a child to develop an adequate sense of self. For most of human history (and in many cultures today) children have developed adequate identities or selves without access to biogenetic information.

To skirt this difficulty one might claim that what is important for developing a sense of self is the ability to observe family resemblances, which requires direct acquaintance with biologically related family members. The philosopher J. David Velleman makes this argument against anonymous donor vending, which he claims intentionally deprives children of an essential ingredient in the development of a healthy identity. Children conceived through anonymous donation lack a reservoir of family resemblances (including personality and character traits) with biological kin (including uncles, aunts, grandparents) from which to understand what it’s like to be them and hence will be unable to develop an adequate sense of self. Velleman writes:

When adoptees go in search of their biological parents and siblings, there is a literal sense in which they are searching for themselves. They are searching for the closest thing to a mirror in which to catch an external and candid view of what they are like in more than mere appearance. Not knowing any biological relatives must be like wandering in a world without reflective surfaces, permanently self-blind.

Velleman’s argument is contradicted by my own experience. Consider my daughter Anna, who identifies strongly with her grandmother, Jeannette, a lifelong resident of New York City. In a vignette she wrote in high school about Jeannette, Anna underlines their similarities, in particular their shared love of New York. Even though she has spent her life in Maine, Anna’s adolescent identity draws on her feelings of kinship with Jeannette, and Anna understands herself through the prism of that relationship. However, Anna is my adopted daughter and Jeannette is not her biological kin. So, Velleman may well be correct that family resemblances are one ingredient in a child’s identity formation, but he is wrong to argue that these resemblances must be with biological kin.

Neither the biogenetic argument nor the family-resemblances argument grounds a child’s right to know her family of origin. Granted, some individuals feel harmed by lack access to information about their origins. In a landmark Canadian case concerning anonymous gamete vending, Pratten v. British Columbia (2011), Olivia Pratten described the psychological harm she experienced as a result of being conceived via anonymous sperm vending. But for these psychological harms to ground a right, they must be substantial and widely shared in the relevant class—namely children who for one reason or another do not have direct acquaintance with biological family members. However, a recent comparative survey of families formed via adoption and via anonymous gamete provision, conducted by the Centre for Family Research at Cambridge University, does not record widespread psychological harm to these children or a vast difference in psychological well-being between children in these families and children in standard families. If knowledge of one’s biological and genetic origins, or direct acquaintance with bio-family members, were a necessary part of developing a healthy identity, the evidence would show widespread, serious psychological damage in children who lack such knowledge and acquaintance. That is not the case.

When we were growing up, my siblings and I had no idea that my father had a brother, a lifelong alcoholic. We learned of his existence from a photograph. Were my parents guilty of violating a basic right in not informing us? If a mother is estranged from her family of origin or does not know who her child’s father is, has she violated her child’s rights? Should the government try to craft regulations that would require full family identification and disclosure to children? If we are inclined to answer no to these questions, then it cannot be that children have a right to know their families of origin.

There is a hidden political dimension to the debate over children’s right to know. The debate presupposes a bionormative view of the family, which holds that families formed via biological reproduction are the gold standard or Platonic form of the family. The implicit bionormative assumption emerges in the thought experiments above. When we ask about children placed in baby boxes (and subsequently adopted), our intuitions might favor the notion of a right to know. But when we consider families formed by biological reproduction, our intuitions do not line up to support such a right. Rather, we think that the mother who is estranged from her family of origin, or who does not know who or where the father is, has the right, and, indeed, the obligation, to determine what to tell her child about family and ancestry, and what not to tell her. It is a question of the child’s welfare, not the child’s. In the case of families that do not meet the bionormative standard, however, we are more likely to favor a child’s right to know. This indicates a tacit priority granted to biological or genetic ties.

There may be good reasons for society to support policies and procedures that facilitate contact between children and their families of origin or progenitors. At least in some contexts there is evidence that open adoptions are beneficial to children and families. At a minimum, children should be told the truth about their origins, and parents have a moral obligation to avoid deception. There is also an equality argument that supports access to original birth records for adult adoptees and for offspring of anonymous gamete vending or surrogacy. It is simply discriminatory to deny access to original birth records to one group of adults due to the circumstances of their birth, over which they had no control. In the face of these considerations it may be that safe surrender does not serve the best interests of children unless it includes mechanisms for preserving original birth records. But reaching this conclusion does not require positing a child’s right to know or reinforcing the bionormative prejudice inherent in that supposed right.