A sneak peek at Republicans' post-State of the Union whining 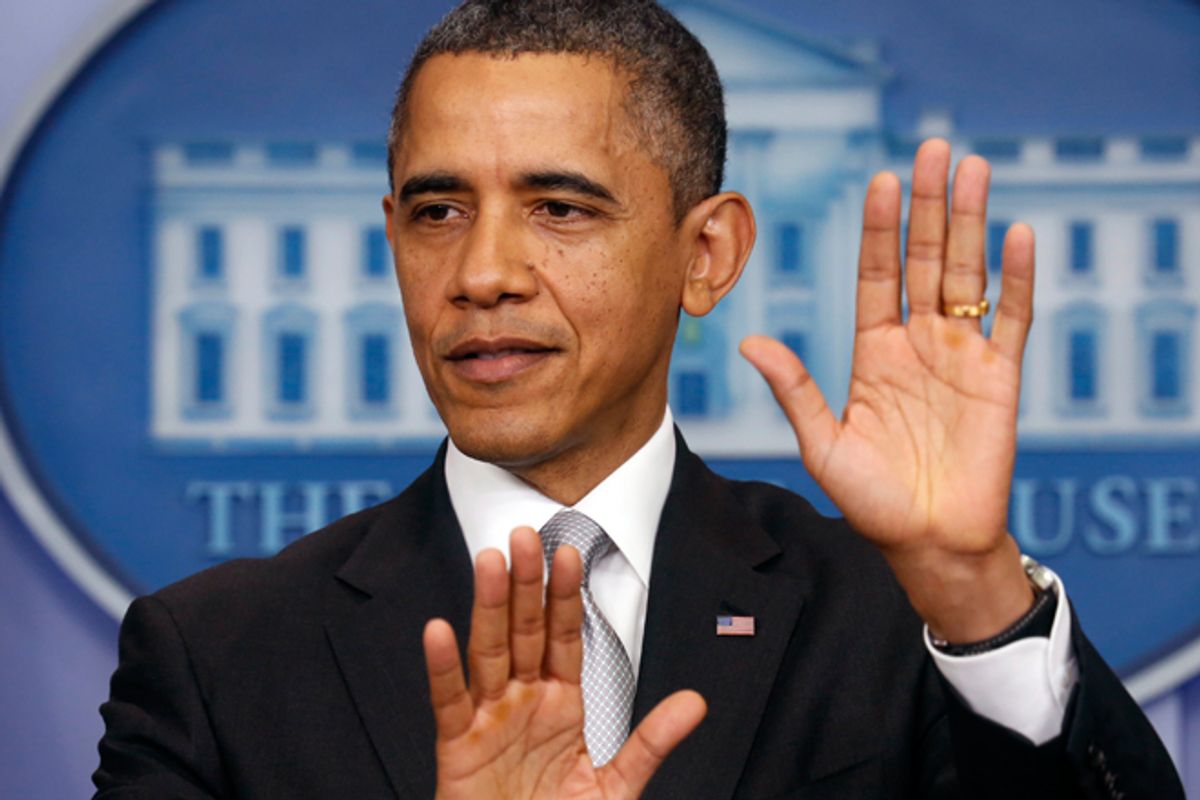 Here's a heads-up: After President Obama delivers his State of the Union address tomorrow, Republicans will wave their hands in front of their faces and whine that it was viciously, horribly, frighteningly "partisan." And what will this partisanship consist of? Hold on to your hat here. He's expected to argue for the same policies he has been arguing for and pursuing for the last four years. If the Republican members of Congress restrain themselves from shouting "You lie!" during the speech, it'll only be because of their superior breeding and manners.

This, of course, is a follow-up to Obama's inauguration speech, which was condemned by Republicans not because he said anything mean about them, but because he talked about some of the policies he prefers. That, you see, is "partisanship," and when the other side does it, it's beyond the pale. So in today's Politico, under the headline "Obama's State of the Union: Aggressive," we read, without any particular evidence for the assertion, that the SOTU "will be less a presidential olive branch than a congressional cattle prod." Surely this will be the first time a president ever used the speech to encourage Congress to pass legislation he supports. "That strategy has its dangers," the article goes on. "If Americans perceive Obama as too partisan, he’ll lose a serious share of his personal popularity." All that's missing is a quote from Bill Galston explaining how the President is courting doom by not adopting Republican policy positions (I assume Galston was busy over the weekend).

You might say that because he originally ran for office promising to bring Republicans and Democrats together, Obama has a special responsibility to be accommodating to the other side. But let's not forget that nearly every president comes into office promising to bring Republicans and Democrats together. Remember George W. "I'm a uniter, not a divider" Bush? Bill Clinton said it, too. But Obama seems to get an unusual amount of criticism from both his opponents and folks in the media for doing the same things that every president does, with every article an opportunity to remind readers that in 2008 he ran promising to bring people together.

Let me offer a prediction about tomorrow's speech. There will be a good deal of now-familiar language about how he's open to ideas from anywhere, and how if we all just be honest with each other we can come up with common-sense solutions to our problems. He'll make a couple of good-natured jokes at his opponents' expense (something Ronald Reagan particularly loved to do in his SOTUs). And he'll go into numbing detail about his policy agenda. In other words, it'll be a lot like every other SOTU in the last 20 or 30 years. And afterward, Republicans will cry that it was the most partisan State of the Union speech they've ever heard, and claim that they were all ready to work with him, but after being so terribly insulted, they just have no alternative but to oppose everything Obama wants to do, hold up his nominees, and proclaim him to be the enemy of American values.