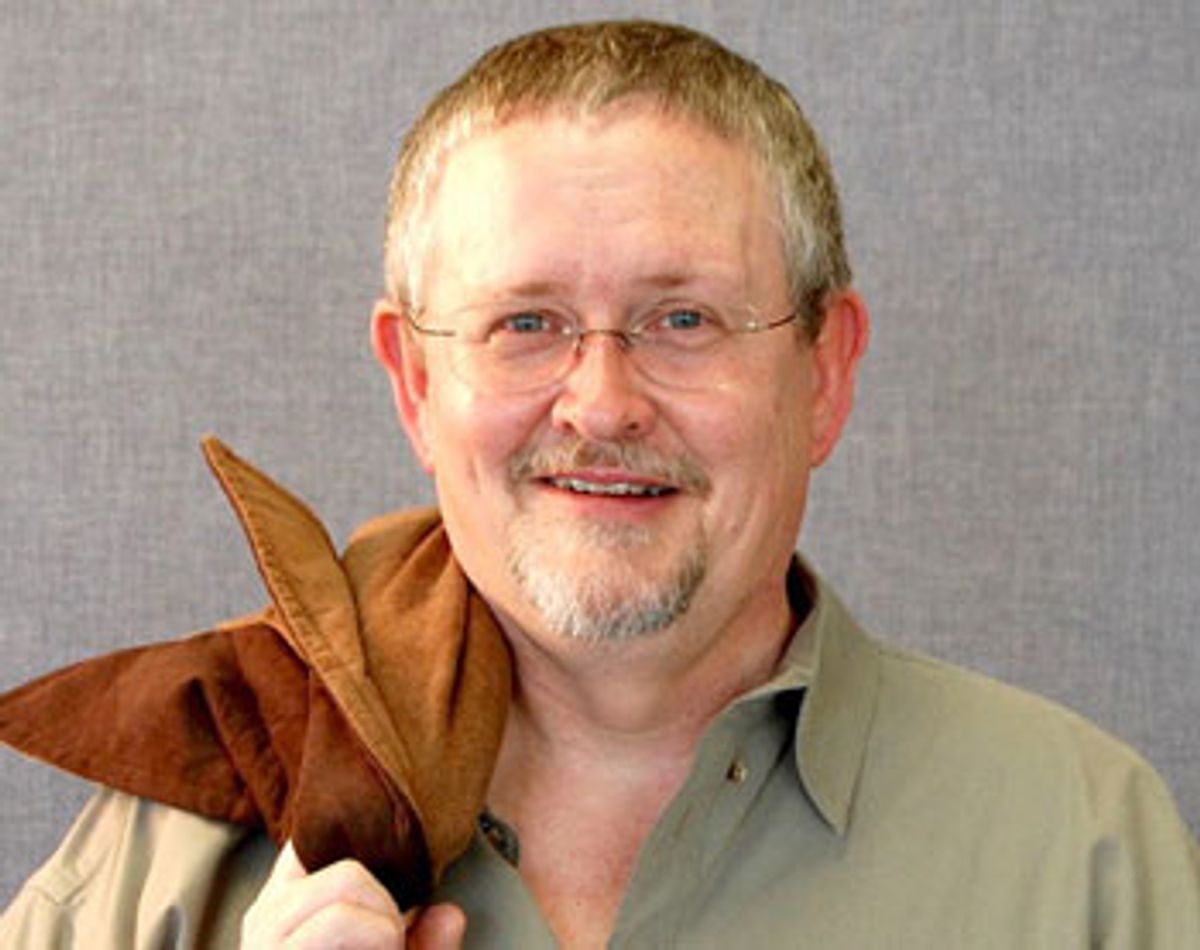 Last week, DC announced that Card was selected to write the first chapter in the digital "Adventures of Superman" series, and fans quickly responded with a petition calling on the company to renounce Card and "stand for equality":

DC Comics has just hired anti-gay writer Orson Scott Card for their new digital Adventures of Superman. He's written publicly that he believes marriage equality would lead to the end of civilization. He's also on the board of a notorious anti-equality organization. We need to let DC Comics know they can't support Orson Scott Card or his work to keep LGBT people as second-class citizens. They know they're accountable to their fans, so if enough of us speak out now, they'll hear us loud and clear.

What's even more puzzling about DC's choice of Card is that his homophobia is nothing new. Author Donna Minkowitz interviewed Card for Salon back in 2000, only to learn that the man she so admired for writing a "strangely empathic novel about 6-year-olds forced to be military commanders" was also a bigot. As the conversation turned to his Mormon faith and the church's position on gay marriage, Minkowitz asked (emphasis mine):

“How do you feel about the Mormon Church’s decision to raise over $1.5 million for initiatives banning gay marriage in California, Alaska and Hawaii?”

“How is that different from changing the law so that blacks and whites can marry?” I have to force the words out.

Incredulously: “Are you asking that question seriously?”

“I find the comparison between civil rights based on race and supposed new rights being granted for what amounts to deviant behavior to be really kind of ridiculous. There is no comparison. A black as a person does not by being black harm anyone. Gay rights is a collective delusion that’s being attempted. And the idea of ‘gay marriage’ — it’s hard to find a ridiculous enough comparison."

Card is also a board member of the conservative National Organization for Marriage, an organization that exists for the exclusive purpose of blocking gay marriage initiatives across the country.

Going back even further, Card wrote a 1990 editorial for Sunstone magazine in which he argued that laws criminalizing homosexuality should stay on the books "to be used when necessary to send a clear message that those who flagrantly violate society's regulation of sexual behavior cannot be permitted to remain as acceptable, equal citizens within that society."

Later in the same interview, Card pulled a reverse Cory Booker, explaining that while he once accepted gay and lesbian classmates as an undergraduate student, he soon learned it was a mistake -- one he "learned" from:

When I was an undergraduate theatre student, I was aware, and not happily so, how pervasive was the reach of the underculture of homosexuality among my friends and acquaintances. After a while I stopped being shocked to discover that someone I had known well, or whose talent I admired, was either moving into or already a part of the not-so-clandestine network of gay relationships.

Card concludes by explaining, "I have since come to understand how character is shaped by -- or surrendered to -- one's allegiances."

It's advice that DC Comics would be well served to hear.