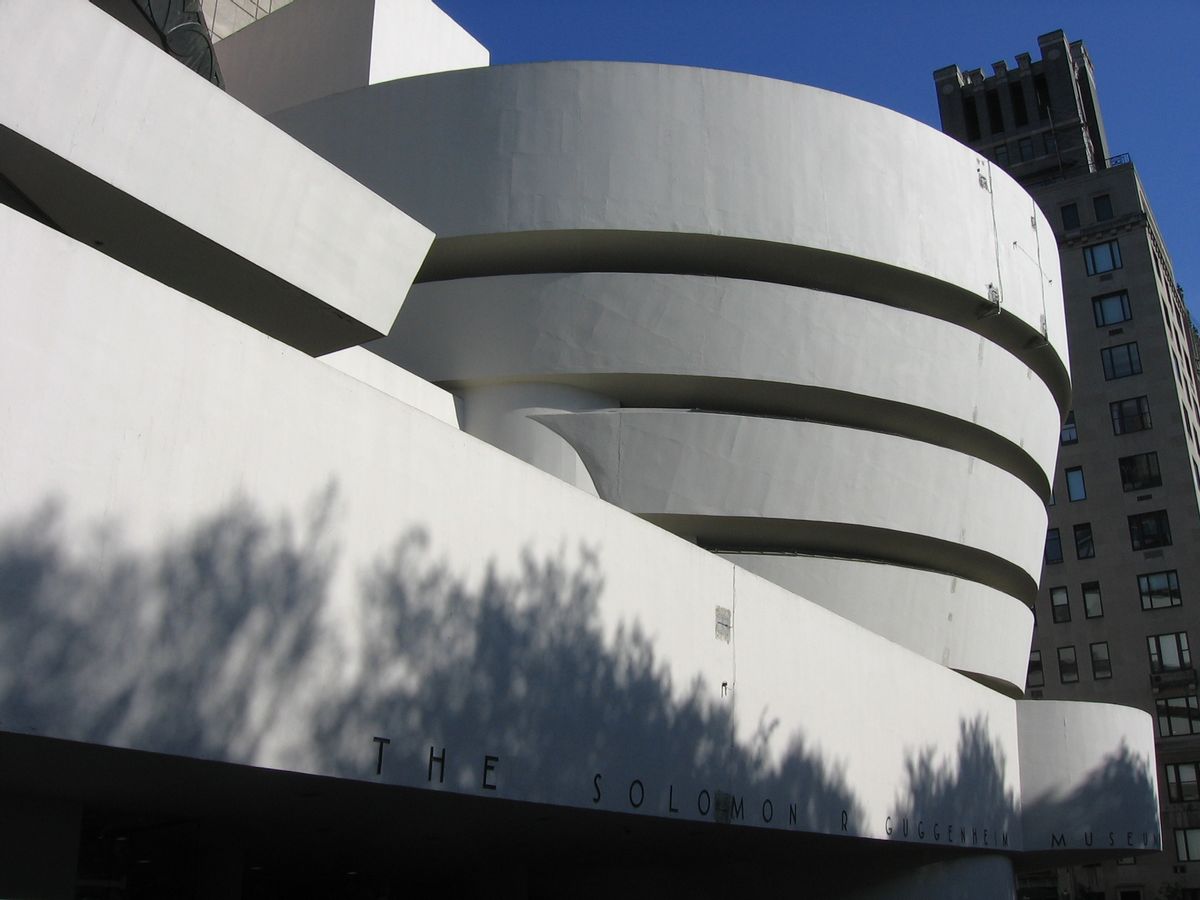 While he achieved the construction of unusual designs for the spiraling nautilus shape of the Guggenheim Museum and the waterfall-spitting Falling Water, Frank Lloyd Wright never really got to build the towering spires of his dreams. One of his skyscraper designs would have dominated the lowlands of the East Village: three angular towers designed to cluster around St. Mark’s Church-in-the-Bowery in 1930. As Curbed noted earlier this week, the two 14-story and one 18-story designs would have shadowed over the old church that still houses the bones of peg-legged Peter Stuyvesant, a major figure in New York City back in the 17th century and the owner of the lands that turned into the surrounding neighborhood. (It’s not clear in the designs what exactly Frank Lloyd Wright had planned for the preservation of the cemetery that still exists in the churchyard, although he in his architectural drive likely was going to leave such details to someone else.) The design even included a penthouse for Wright up in the tallest of the towers, although unfortunately for his glamorous city views from the pinnacle of the structure, the whole plan was dashed by the Depression.

However, he did achieve a smaller version of it. The Price Tower, which just happens to be just down the street from the house where I grew up in Bartlesville, Oklahoma, is his only built skyscraper and has the same radial design as the St. Mark’s towers. The structure, nicknamed “the tree that escaped the crowded forest,” is meant to be laid out like the branches of a tree, with the spaces getting smaller and smaller as you near the top (the elevator ride is one of the most claustrophobic I’ve ever experienced). While the competition for standing out from “the crowded forest” of urban skyscrapers is much, much lower out in Bartlesville, and Wright ended up modifying his design to a more diminutive tree, it still shows what ambitions Wright had for stretching his modern forms up to the clouds away from the surrounding, usually more boring, buildings. He also dreamed up a mile high skyscraper called “the Illinois” in 1956 that was unrealized for Chicago, but would have been the tallest building in the world if built. Partly what stopped plans like these was just that Wright was way ahead of his time and such safety features like elevators for such tall building had yet to be developed. However, while Wright had to settle for the Oklahoma prairie instead of the pulsing streets of New York, it’s still interesting to imagine an East Village that would have been loomed over by three pillars of modernity, with Wright himself looking out from the topmost room.