Tammy Duckworth sets the record straight on women in combat

The Iraq war veteran says killing doesn't affect men and women differently, but is "an unnatural act for everyone" 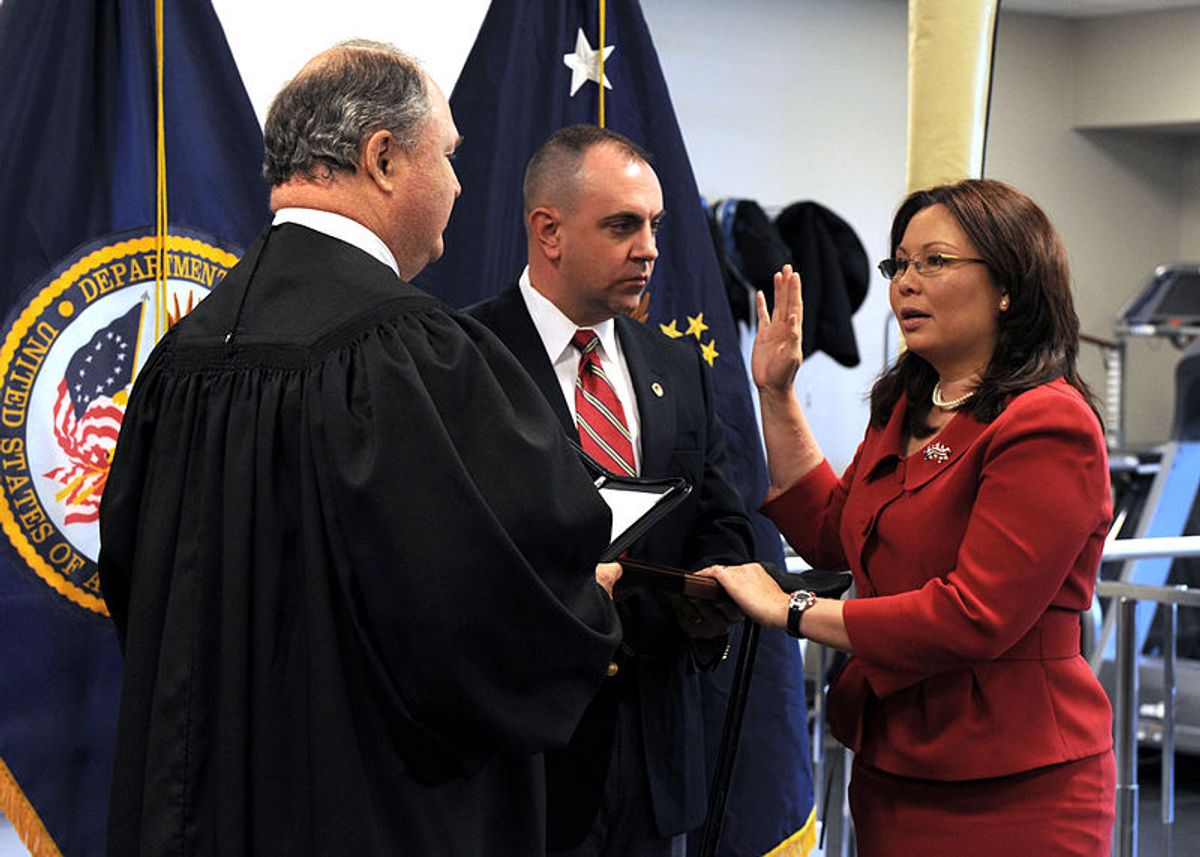 There have been a few varieties of response to the Pentagon's recent decision to lift the ban on women in combat. The first, and some would say most obvious, is that women have already been active in combat roles for years. And advocates for a more inclusive armed services applauded the policy shift as a step towards a more just military culture. But then, of course, there has been the hysterics, the handwringers and the all-out wingnuts that think women are too delicate to serve on military front lines.

And Iraq War veteran and Illinois lawmaker Rep. Tammy Duckworth would like a word with the latter group.

In an interview with Andrew Goldman for the New York Times, Goldman asked Duckworth about the (mostly) conservative reaction to the news that women would now be fighting alongside men. She did not mince words in her response:

It doesn’t make any sense at all. All this ruling does is give everyone the chance to do these jobs. You want to be infantry? Here, carry this 80-pound rucksack and march 20 miles. Can you drag a 200-pound dead weight 200 yards like you may have to? If you can do it, and if you’re willing to lay your life down for this nation, then I don’t care if you’re gay, straight, black, white, yellow, male or female, good for you, thank you for serving. Go do the job.

And responding to a question on concerns raised about what killing another human being will do to women's mental health, Duckworth replied, simply: "The act of killing is an unnatural act for everyone."

Duckworth also shared an anecdote about an unusual means of keeping her armed services crew alert and, as she puts it, "more deadly": Hot chocolate.

Do you know what? That hot cocoa got my pilots and crew chiefs warm faster, my crews took off faster and they were more deadly. If marshmallows and blowing kisses on the hot cocoa made my men more deadly, I would have done that too.