An image seeming to show a boy in cross hairs prompts outrage and disturbs the IDF's social media P.R. efforts 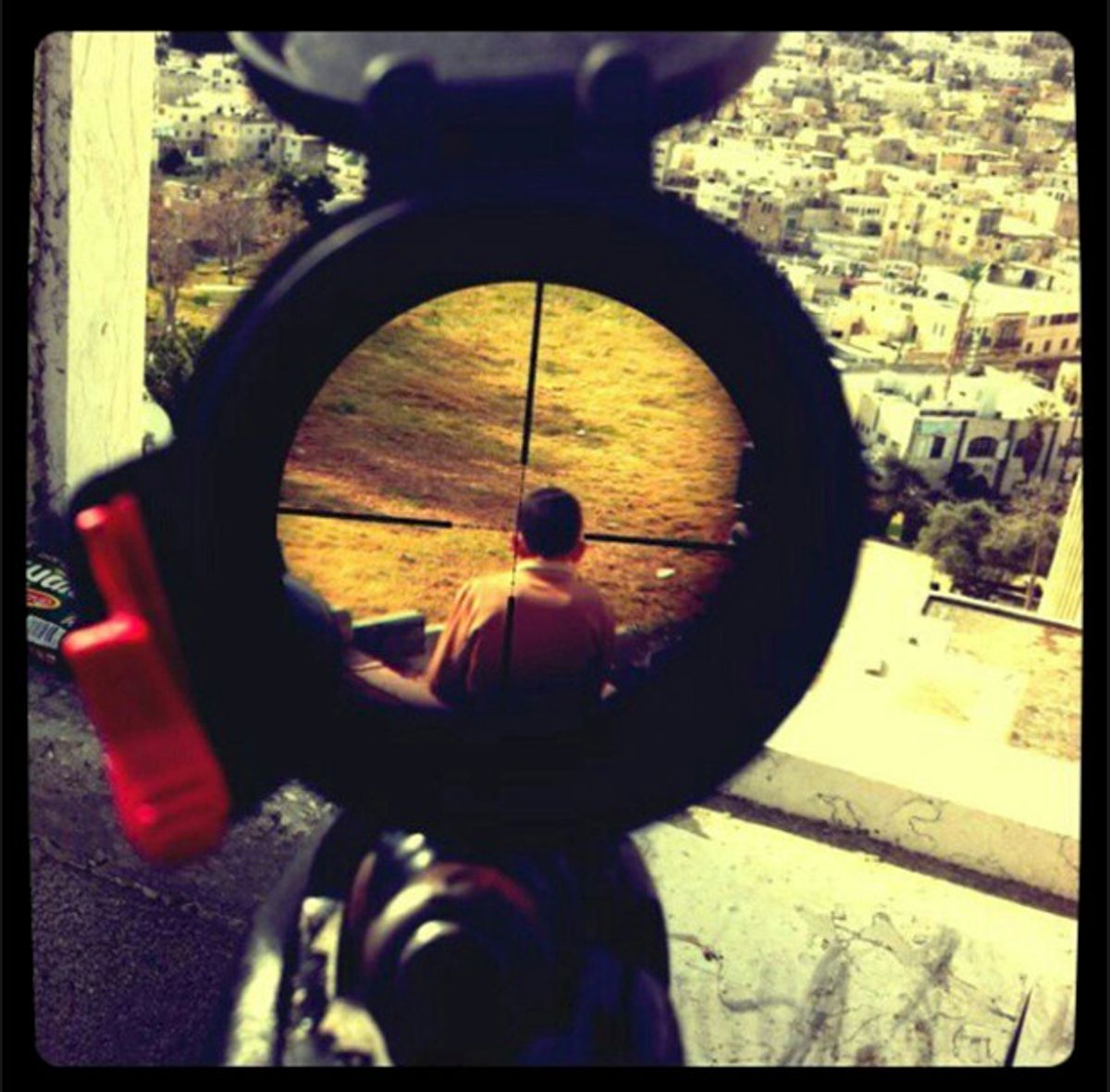 In the recognizable soft-focus filter of an Instagram image, the back of what appears to be a young Palestinian boy's head is framed in the cross hairs of a rifle. The photo, posted to the popular social media site by Israeli Defense Force sniper Mor Ostrovski, has caused outrage internationally since it was first flagged by Electronic Intifada's Ali Abunimah. The Israeli army, according to Al Jazeera, is now investigating as it remains unclear where the photograph was taken.

The context – particularly the character of the buildings seen in the background of the image – strongly suggests the child could be Palestinian.

There are no other images to suggest that the photographer actually fired at the person in the image in this case. The image is simply tasteless and dehumanizing. It embodies the idea that Palestinian children are targets.

As Salon noted during Israel's Operation Pillar of Defense attacks on Gaza last November, the IDF employed social media accounts to chilling effect. The army posted videos on YouTube of airstrikes taking out targets in Gaza, while threats to Hamas and warnings to Palestinian civilians were posted on Twitter. Meanwhile, as a number of commentators highlighted, IDF Instagram accounts featured appealing images of smiling, young, attractive IDF soldiers. Benjamin Doherty, also writing for Electronic Intifada, argued that such photographs use “male and female bodies to eroticize the military, to displace violence against Palestinians, to encourage Western publics to identify with Israeli soldiers.”

In an excellent analysis for the New Inquiry, Hew Lewey reflected that the IDF's use of social media during the most recent Gaza assault was "perhaps an early test of social media’s ability to understand and mediate war within, or on the borders of, a Western society." He noted of the Instagram effect:

The use of commercially available Instagram filters replicates the visual culture favored by much of its audience, producing images that slip easily into their feeds, naturalising the content. “These are the photos you would take if you served in the IDF,” the aesthetic says, “we are just like you, and these military decisions are the ones you would take, if you were in our situation.” They also step beyond this, including an aspirational aspect of a desirable lifestyle — impossibly handsome young troops, having fun on their downtime.

In the context of viewing the IDF's use of social media as a part of an integrated global P.R. campaign, Ostrovski's image is ill-fitting. The 20-year-old sniper posted the image to his account presumably without realizing it would garner outrage. Instead of normalizing warfare to a social media audience (like most of the sanctioned IDF Instagram accounts Lewey describes), the image of a boy in the cross hairs highlights the horror of warfare normalized.