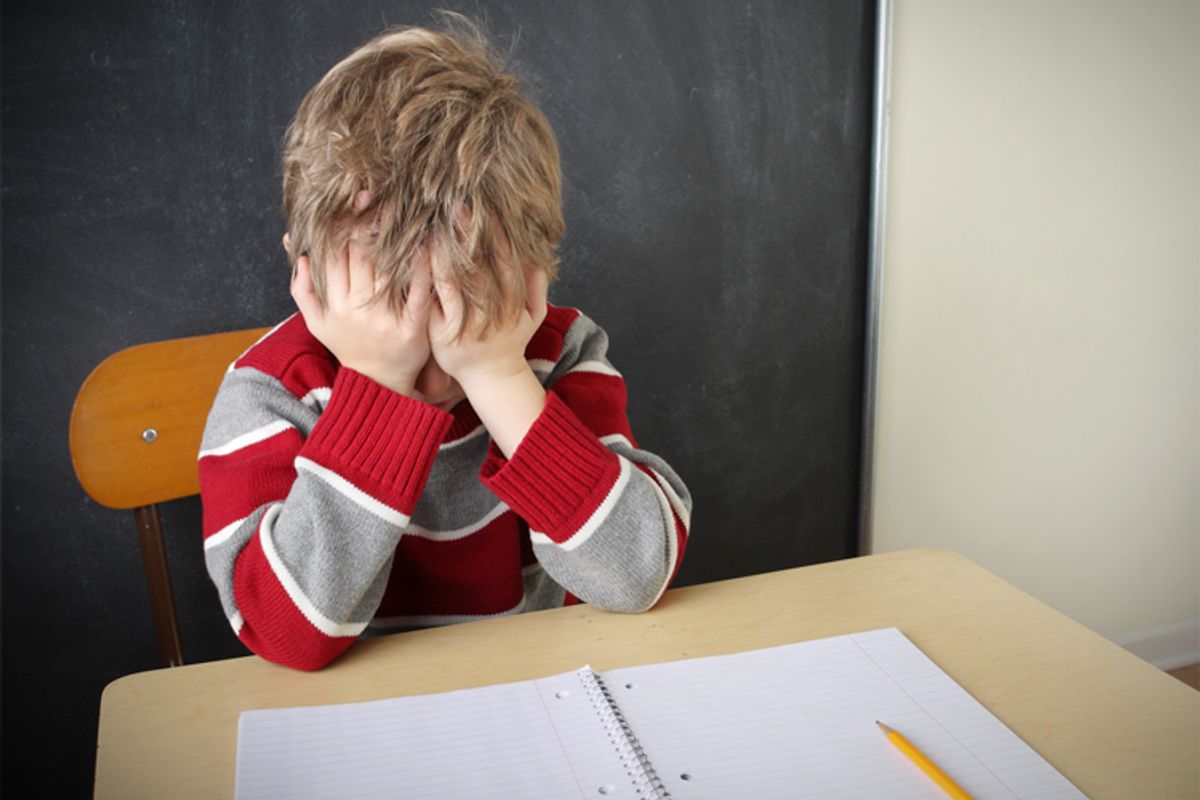 Today in advice we didn't think would ever require repeating: Teachers, it is never a good idea to use dead slaves as units of measurement in your math problems.

Harding took it upon herself to copy a different assignment instead, writing the assigning teacher a note saying she wasn't comfortable with the questions. She then spoke with her NYU professor Charlton McIlwain, who brought the story to NY1. "This is really inappropriate ... It shouldn't be a homework assignment," says Harding, "and I did not want to make copies of this." Since the story broke, Chairman of the New York City Education Sub-Committee state Sen. Simcha Felder has called the materials "reprehensible and irresponsible" and called for the immediate removal of the teachers. And the city's Department of Education released a statement Thursday saying that "This is obviously unacceptable and we will take appropriate disciplinary action against these teachers. The Chancellor spoke to the principal, and she has already taken steps to ensure this does not happen again." The school's principal, meanwhile, had a terser response. As she told reporters Thursday, "I am appalled by this."

What's even more stunning about the story is that the same set of questions had already gone home to a different fourth-grade class in January, via a teacher identified in the New York Daily News as Jane Youn. It turns out the students themselves had come up with the questions as part of their course work on slavery. Their East Side school, by the way, has a predominantly white student body – only 5 percent of the children are African-American.

The fiasco has echoes of a similar case last year, when an Atlanta-area third-grade class was asked math questions like "If Frederick got two beatings per day, how many beatings did he get in one week?" After the story made national headlines, the assigning teacher resigned.

In both cases, the faulty logic behind the questions was the pursuit of integrated learning. Used wisely and sensitively, it's an otherwise useful teaching tool – taking a history course as the starting point for a math lesson, using a reading assignment to explore science. I have two children in two different progressive New York City public schools, and can safely say that in practice, dancing about architecture is a whole lot more useful than it's been cracked up to be.

But without guidance, children are just going to wind up doing exactly what that horribly misguided group of fourth-graders did: reduce humans to abstractions, and the vivid and painful lessons of history to problems to be mindlessly filled in on a worksheet. "There's no explanation, there's no education, there's no teaching going on," says Charlton McIlwain.

What happened at PS 59 was extreme and idiotic, but it also illuminates what happens when the labor of both teaching and learning is reduced to mere busywork. The only reason it was stopped was because Aziza Harding looked at a paper and read it and understood it and questioned it – concepts that, unfortunately, it seems, eluded both the previous class that had already done the assignment and the teachers who shuffled it off to them. An education that doesn't incorporate nuanced, critical thinking is useless. And that's the deeper shame of the whole debacle: that a group of teachers and students could come up with a list of numbers, but couldn't see something so blatantly wrong, right in front of them.