Fox affiliate zooms in on breasts for "Women's Day"

A Connecticut station focused on boobs, then said it was sorry 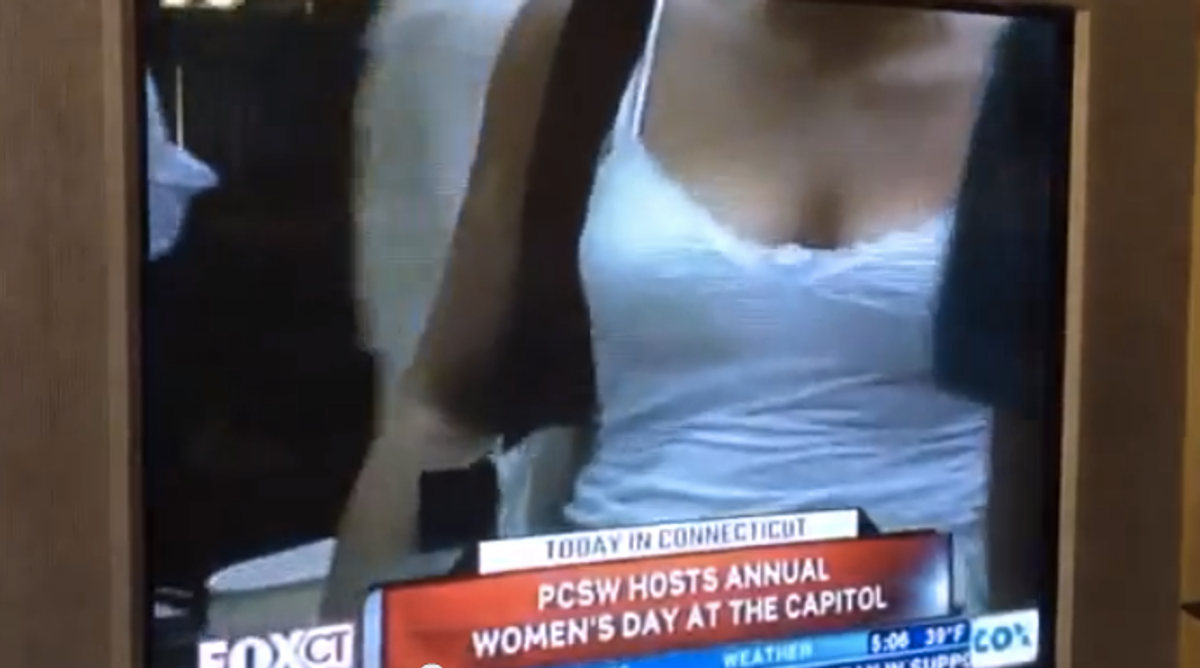 Fox CT, a Fox News affiliate in Connecticut, is apologizing profusely for its "Women's Day" segment, meant to report on the Women's History Month event taking place at the Capitol. Instead, the news station celebrated women and "women's accomplishments" by airing a video clip zoomed in on nothing but women's breasts.

After facing significant backlash for the clip, the station sent out this tweet and issued a formal apology, deeming the objectifying footage inappropriate: “The video should never have aired. FOX CT will publicly apologize on today’s newscasts, as well as through our social media platforms. We are also implementing procedures to keep this from happening in the future.”

The Huffington Post doubts that it was an error, however, as the station ran the same footage (just shortened) an hour after it first aired. And a Romenesko reader agrees, saying, "Remember, this doesn’t happen by accident. I worked in TV News for 27 years. An editor and/or a producer had to select the video to cut, queue up and play for that story.”