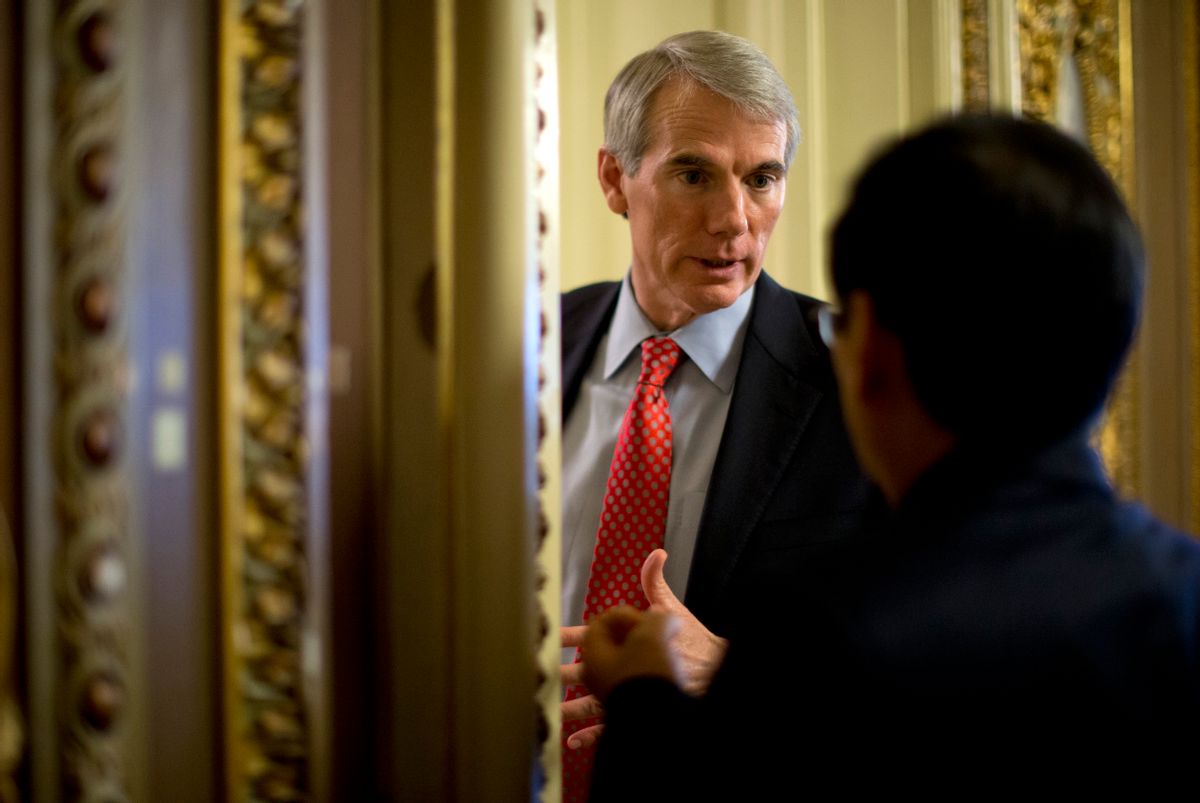 CINCINNATI (AP) — Republican U.S. Sen. Rob Portman of Ohio says he now supports gay marriage because one of his sons is gay.

Portman told reporters Thursday in Washington that his views began changing in 2011 when his college-age son Will told his parents he was gay.

Portman says he reconsidered gay marriage from a different perspective, one of a father who wants all three of his children to have happy lives with people they love.

He says he discussed the issue with his pastor and others, including former Vice President Dick Cheney, whose daughter is a lesbian.

As a member of the House in 1996, Portman had voted for the Defense of Marriage Act, which defines marriage as between a man and a woman and bars federal recognition of same-sex marriage.