Daniel Leffew tells Chief Justice Roberts: Our families aren't "second-best" to any other 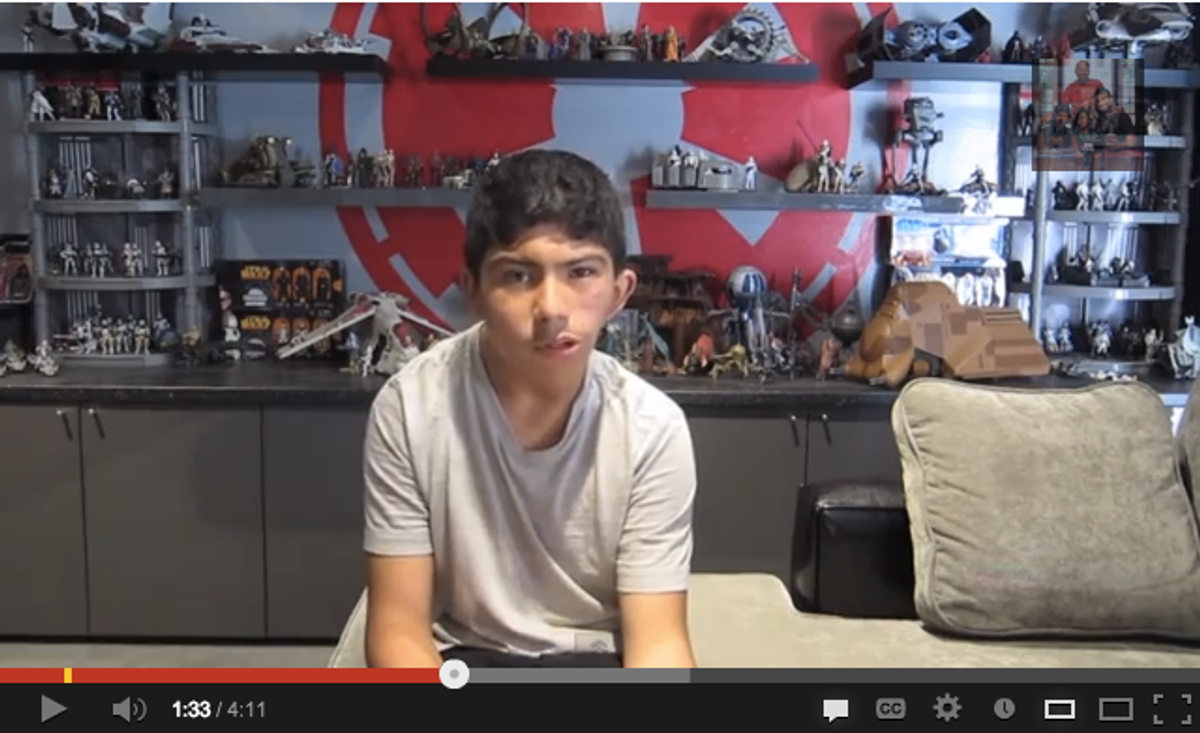 After National Organization for Marriage chairman John Eastman called families with adopted children -- like those of adoptive dad and U.S. Supreme Court Chief Justice John Roberts -- the "second-best" option for children, 12-year-old Daniel Leffew decided to make a video sticking up for them both.

Leffew, the adopted son of two gay dads and no stranger to YouTube thanks to his parents' channel on gay family life, told the chief justice: "You and I both know that family goes deeper than blood." And with an eye toward the high court's decision on California's Proposition 8, the 12-year-old told Roberts that, even though they don't agree on marriage equality, Leffew knows that his family is "just as valuable and worthwhile as any other."

See what else the smart (and judging from the video backdrop, "Star Wars"-loving) preteen had to say here: