Pick of the week: A Korean mob thriller that could teach Hollywood a thing or two 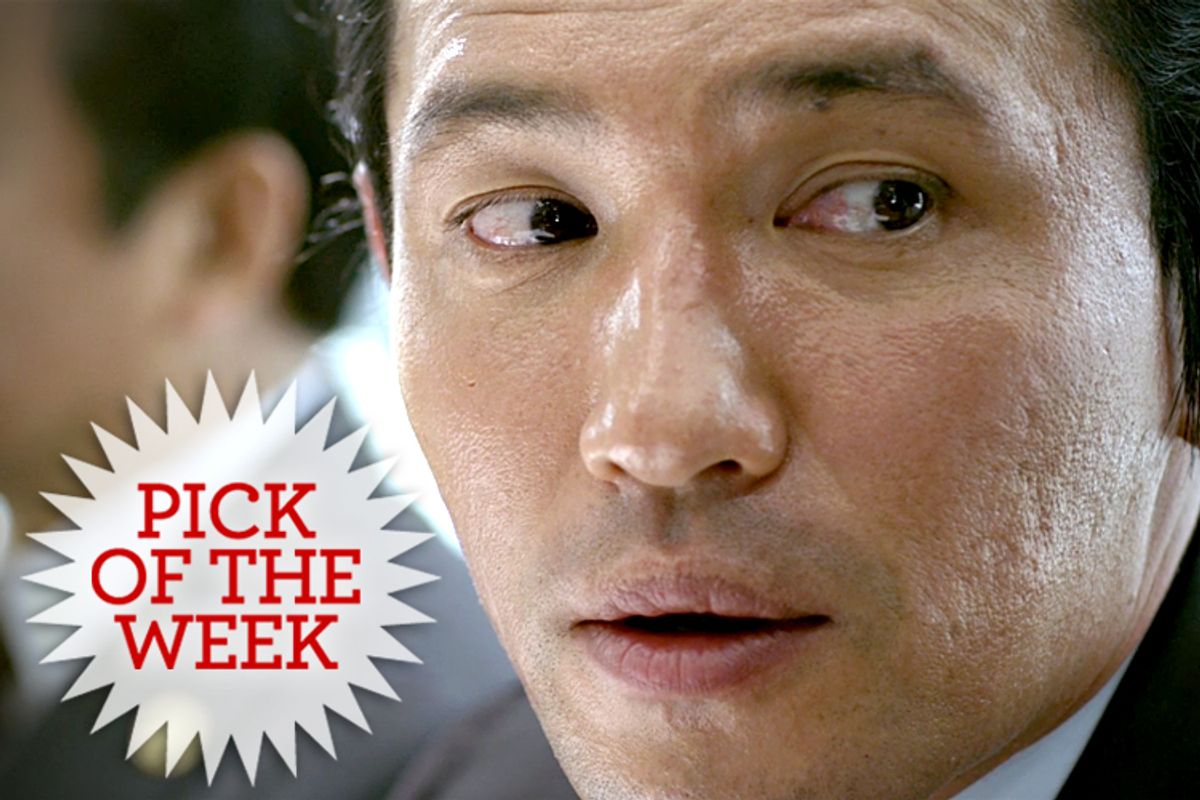 Ever since the Hong Kong action-movie boom of the 1980s, the film industries of East Asia have arguably been better at making old-fashioned, hard-boiled crime thrillers than Hollywood has. Martin Scorsese’s Oscar-winning “The Departed,” after all, was a remake of the 2002 Hong Kong thriller “Infernal Affairs” (albeit an excellent remake with its own spirit and considerable subtlety). While Asian pop cinema remains just off the radar screen of mainstream American culture, it’s a whole lot easier to find than it used to be. This week, Korean writer-director Park Hoon-jung’s byzantine, slick and bloody mob drama “New World” opens theatrically in numerous North American cities, just a few weeks after its smash-hit premiere in Korea.

Part of this new accessibility is simply about the speed of cultural transmission; no doubt pirated copies of “New World” are already available on the Internet, or on the sidewalks of Asian immigrant neighborhoods. If the film’s producers and distributors want to make any legitimate American (or Canadian) dollars off the damn thing, they have to get it out right now. But this also speaks to the rapidly changing demographics of our society; even five years ago, it’s tough to imagine a new movie in Korean, with no actors who count as stars outside East Asia, playing at multiplex theaters in Atlanta, Dallas, Las Vegas and Philadelphia. Furthermore, in this case it’s totally justified. While I’m not sure “New World” will attain the same near-classic status as “Infernal Affairs” or Johnnie To’s mid-2000s “Election” movies, on first viewing it’s pretty close.

We’re in familiar territory here, whether the setting is Asian, American or otherwise: sterile but luxurious settings, hard men in impeccable suits, a quasi-Shakespearean moral landscape of shifting alliances and repeated betrayals. Park, previously best known as the screenwriter for Kim Jee-woon’s hit serial-killer drama “I Saw the Devil,” handles it all with stern, commanding detachment. (The cinematography is by the terrific Chung Chung-hoon, who has shot most of Park Chan-wook’s recent films.) This aloofness extends both to camera movement and to character development, and I suppose it’s both the film’s major flaw and dominant quality. If our central focus is on Ja-sung (Lee Jung-jae), an undercover cop who has risen near the top of the Goldmoon crime syndicate, he remains a moral chameleon throughout, and we observe his torment only from the outside.

Ja-sung’s police handler is the grizzled, chain-smoking Chief Kang (played by Choi Min-sik, the star of Park Chan-wook's worldwide cult smash “Oldboy”), who’s trying to manage an arcane, triple-crossing game inside the Goldmoon gang whose true scope Ja-sung can only guess at. After the sudden and mysterious death of Goldmoon’s chairman – likely a police dirty trick, though we never learn who’s behind it – the whole organization rapidly deteriorates into violent faction fighting and paranoid mole hunts. Indeed, fair warning: The very first scene in “New World” depicts a suspected informant being tortured and bludgeoned by Ja-sung, although we don’t realize until later the degree of corruption and compromise involved in that brutal action.

Ja-sung is lieutenant to a fast-rising, charismatic Tony Montana type called Jung Chung (the terrific Hwang Jun-min), who is simultaneously the movie’s most irresistible and most loathsome character. An ethnic Chinese (constantly referred to, at least in the English subtitles, by a derogatory term I’m better off not using) who favors stylishly tight suits, loafers without socks and a shaggy, vaguely Italian hairdo, Jung Chung is profane, hilarious, hot-tempered and devilishly shrewd. Yet he too is being played expertly by the Machiavellian Chief Kang, or so the latter believes. You may suspect the final outcome before we get there, but Park does a nice job of keeping the question of who is the master gamesman – Ja-sung, Chief Kang, Jung Chung or the clan's spoiled and sardonic heir apparent, Lee (Park Sung-woong) – up in the air until the concluding scenes.

In any movie this conspicuously artificial, the rewards come from a satisfying plot, distinctive characters and a series of memorable showpieces, and Park handles all three demands well. He claims to have watched “The Godfather” more than 200 times, and I’m inclined to believe him. There’s an outrageous all-out melee in a parking garage, involving perhaps 50 dark-suited men, that offers “Matrix”-level surreality and is followed by a bloody knife fight in an elevator, shot from the ceiling. There’s a gang of sadistic hit-man hobos and an icy female double-agent Go instructor (although the film is markedly short on female characters overall). Numerous people are encased in concrete or strapped into cars and driven off piers, although compared to your average Tarantino film, both the blood and the body count are modest.

I think it’s likely Park Hoon-jung will make better movies than this one, which is only his second as a director. (He's not related to Park Chan-wook; Park is an extremely common Korean surname.) There’s arguably a mechanical coldness to “New World,” which is an excellent work of craftsmanship rather than a really good movie. It doesn’t have the heartfelt sentimentality and/or religiosity or the undercurrent of Buddhist-existentialist philosophy found in the very best Asian thrillers, and a lot of that comes back to Lee Jung-jae’s unreadable performance as Ja-sung, a man of Hamlet-like inner turmoil who is never permitted a revealing soliloquy. (He may in fact serve as an illustration of Jesus’ famous maxim from the Gospel of Mark about gaining the whole world and forfeiting your soul.) All that said, no one in American movies has made a crime opera this good in years.