Jim McGreevey's HBO documentary the product of "friendship" with filmmaker

How did the flattering HBO documentary "Fall to Grace" get made? Filmmaker Pelosi's friendly style 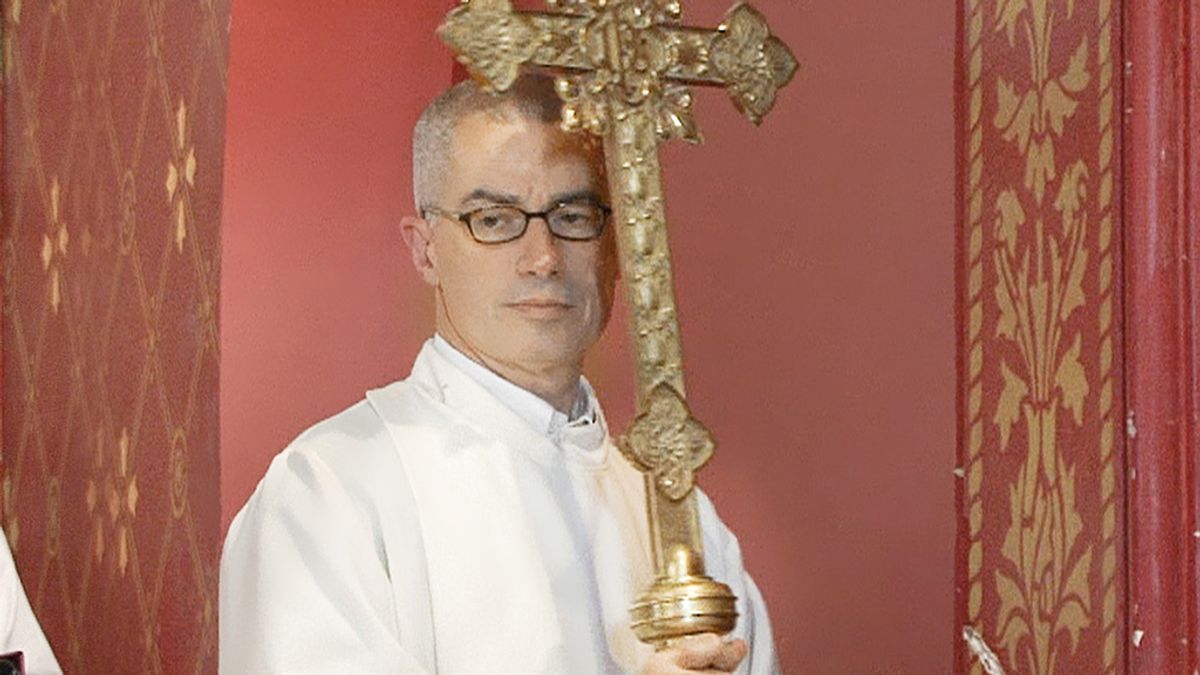 How much access did Alexandra Pelosi get to the former New Jersey governor in filming her new documentary, "Fall to Grace," which airs on HBO tonight?

"When you say 'access,'" she says, "it implies there was a relationship between the subject and the camera, and there never really was. He never gave me permission to make a movie about him." Pelosi went out to lunch with McGreevey and his partner to ask them for permission; the pair demurred, but Pelosi ended up ingratiating herself to the degree that she became friends with the couple.

"I started hanging out with them. He'd invite me to dinner parties, he had social functions at his house. I wasn't filming at first." She filmed with a small camera at his daughter's birthday party and ended up taking a small camera along to the prison where McGreevey works on rehabilitating prisoners. "The prison never would have said yes to my request." She ended up stitching the string she gathered into a short documentary; McGreevey, she claims, didn't know there was a movie until she told him it had gotten into Sundance.

Did the pair's friendship help convince him to sign the release? "I don't know if I would use the word 'friendship,'" said Pelosi. "Maybe I would, I guess. I thought you were going to say, 'Are you exploiting this relationship?' There's that line of, like, is it friendship or exploitation? Don't make friends with me!"

She allowed McGreevey to watch the film before signing a release. "I know you don't want to hash out your messy divorce and expose yourself," she told him, "but the theme of redemption shows through."

McGreevey, it turned out, had little to worry about; though the film touches on his past as the disgraced governor of New Jersey, it dwells more on personal peccadilloes than any political misdeeds. It focuses almost entirely on his present-day work in women's prisons and his calling as an Episcopal priest, slowly evolving from biography to something close to hagiography. The viewer of "Fall to Grace" would come away believing that McGreevey resigned the office simply because he came out of the closet. And there were some things Pelosi left on the cutting room floor: McGreevey's relationship with his daughter, for instance. "It was so complicated ... I didn't want to go there."

Reached by phone, McGreevey declined to go into detail about his thoughts on current New Jersey politics -- though he's grateful to Gov. Chris Christie, he said, for allowing him to serve on a task force pertaining to opiate addiction -- or about the circumstances of his 2004 resignation. Why did he agree to the film airing, if he's so press-shy?

"With the privacy of my family and my life, the only place it makes sense is in advocating for prison reform. It's a heartfelt compassion to change the circumstances of women's lives, to be a voice for change."

"My hope is that when people see the film they recognize the tragedy of American prisons," said McGreevey.

Pelosi's film helps to draw out both what happens to women in prisons and McGreevey's work there. But, she says, for her, McGreevey was a human being, not a journalistic subject. "I would go to parties with him where I didn't have a camera," said Pelosi.  "I have a human relationship with the guy that wasn't for a movie."