The late night show host congratulated the network for moving to the No. 2 spot 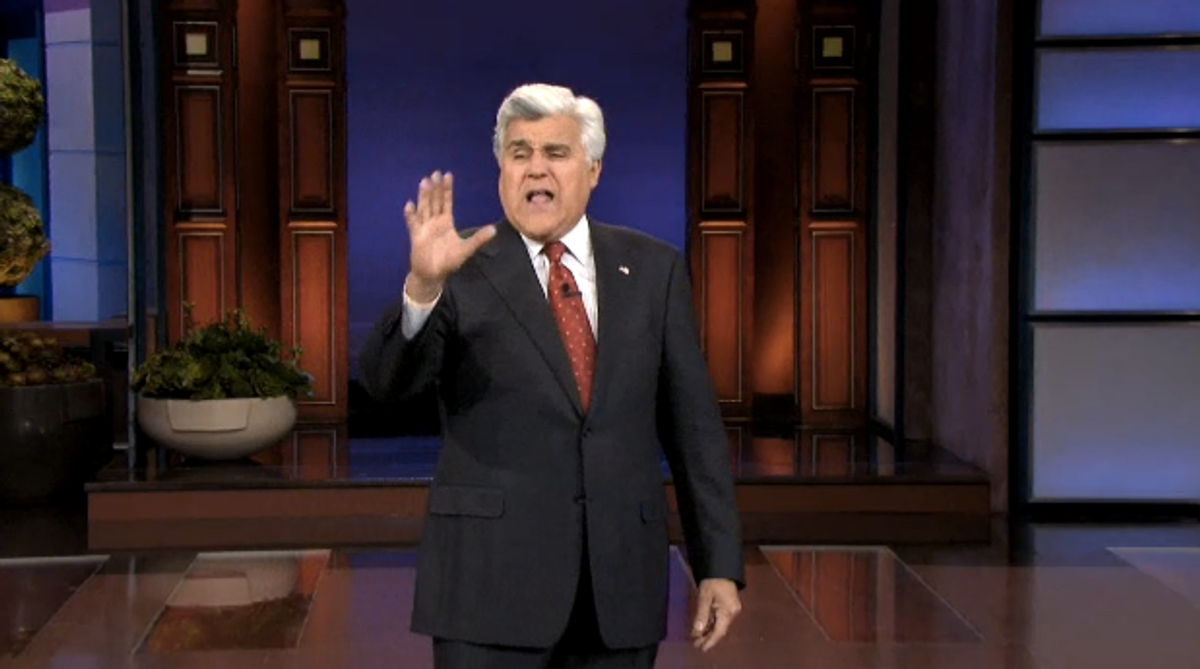 Embittered "Tonight Show" host Jay Leno mocked NBC executives for the second consecutive week on-air, after reports emerged that the late night veteran will be replaced by "Late Night" host Jimmy Fallon. Leno, on his way out despite being the No. 1-rated late night talk show host on television, got sarcastic:

"Folks, listen to this. Monday night the primetime shows 'The Voice' and 'Revolution' moved NBC in the No. 2 position. You know what that means? Between Easter and Passover, this is truly the season of miracles. We’re No. 2! I’ve been saying for the last week that NBC is a big No. 2. Haven’t I been saying that? Congratulations!”

He managed to sneak in another joke at the network's expense, saying that cellular provider T-Mobile, who is doing away with contracts, "got the idea from NBC."