"I just see so much abuse in this it’s unreal," said Sue Everhart 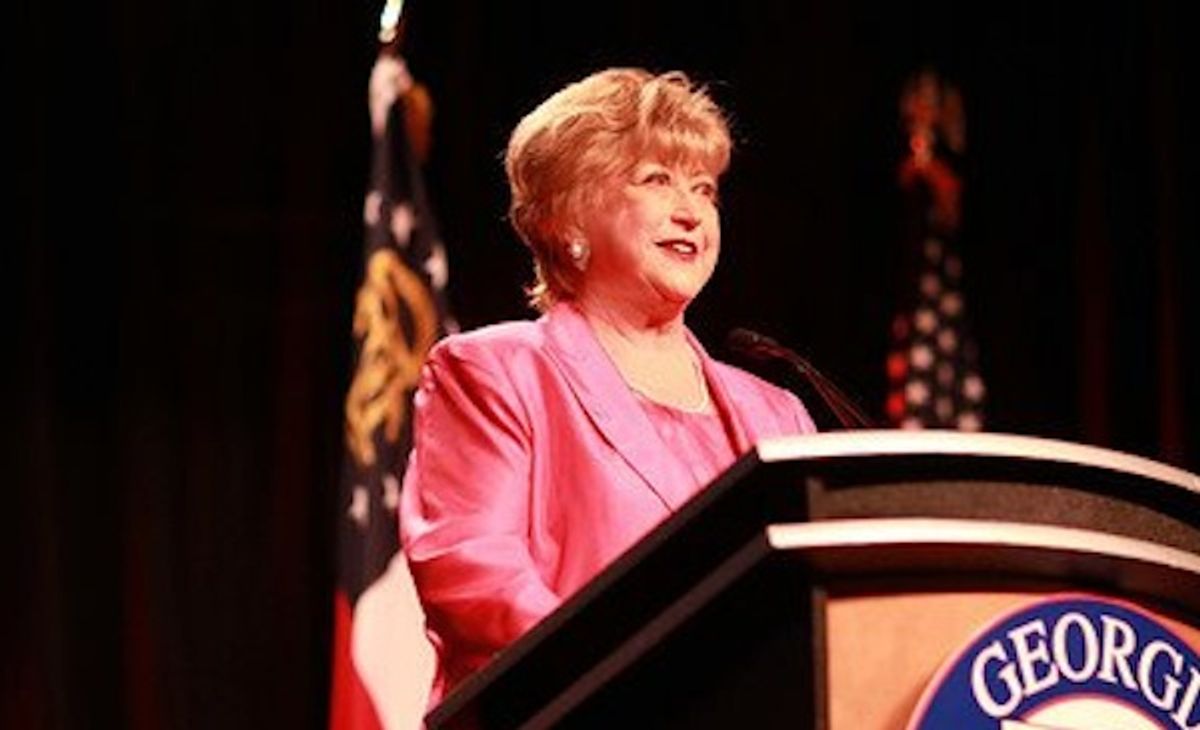 The chairwoman of the Georgia Republican Party fears that if same-sex marriage becomes legal, straight people will enter into fake gay marriages in order to fraudulently receive benefits.

“You may be as straight as an arrow, and you may have a friend that is as straight as an arrow,” Sue Everhart told the Marietta Daily Journal. “Say you had a great job with the government where you had this wonderful health plan. I mean, what would prohibit you from saying that you’re gay, and y’all get married and still live as separate, but you get all the benefits? I just see so much abuse in this it’s unreal. I believe a husband and a wife should be a man and a woman, the benefits should be for a man and a woman. There is no way that this is about equality. To me, it’s all about a free ride.”

“Lord, I’m going to get in trouble over this, but it is not natural for two women or two men to be married,” she also said. “If it was natural, they would have the equipment to have a sexual relationship.”