House GOPer: My son is gay but I'm still against gay marriage 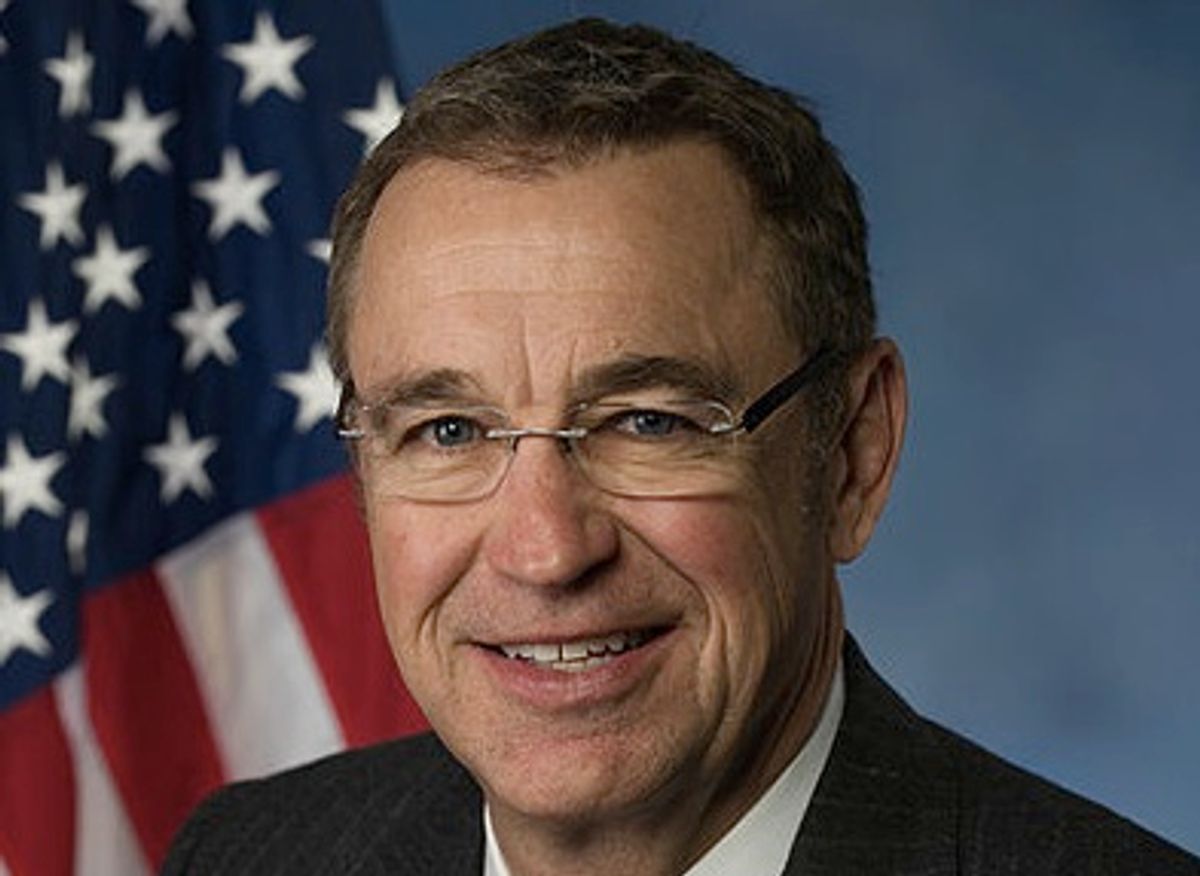 Rep. Matt Salmon, R-Ariz., will not join Sen. Rob Portman, R-Ohio., in backing gay marriage just because his son is gay. “I don’t support the gay marriage,” said Salmon, who is a social conservative.

Salmon's son, also named Matt, told the Washington Post that he accepts his father's position. “I love my father and realize that he can have the opinions that he has, and they might differ from mine, but that doesn’t change the way I feel about him.”

The younger Salmon previously led the Arizona Log Cabin Republicans, a pro-gay rights GOP group, but has left that post to concentrate on medical school. In a 2010interview with the Phoenix New Times, the 22-year-old revealed that he was dating Kent Flake, the second cousin of Sen. Jeff Flake (R-Ariz.). In the article, both young men discussed coming out to their conservative Mormon families. They have since broken up.

In a blog post last year, younger Matt Salmon wrote that he still supported his father's candidacy for reelection, even though it might mean his father would propose legislation against gay marriage: "I fully support my father and truly think he is the best man for the job even though he may try to limit my rights through his legislation. I don't have to agree with someone I love in order to accept them for who they are, love them and give them my support, nor do I require that they agree with me in order to show that they support me."