The two reconciled with a "West Side Story" song, but Leno continued to trash NBC in his opening monologue 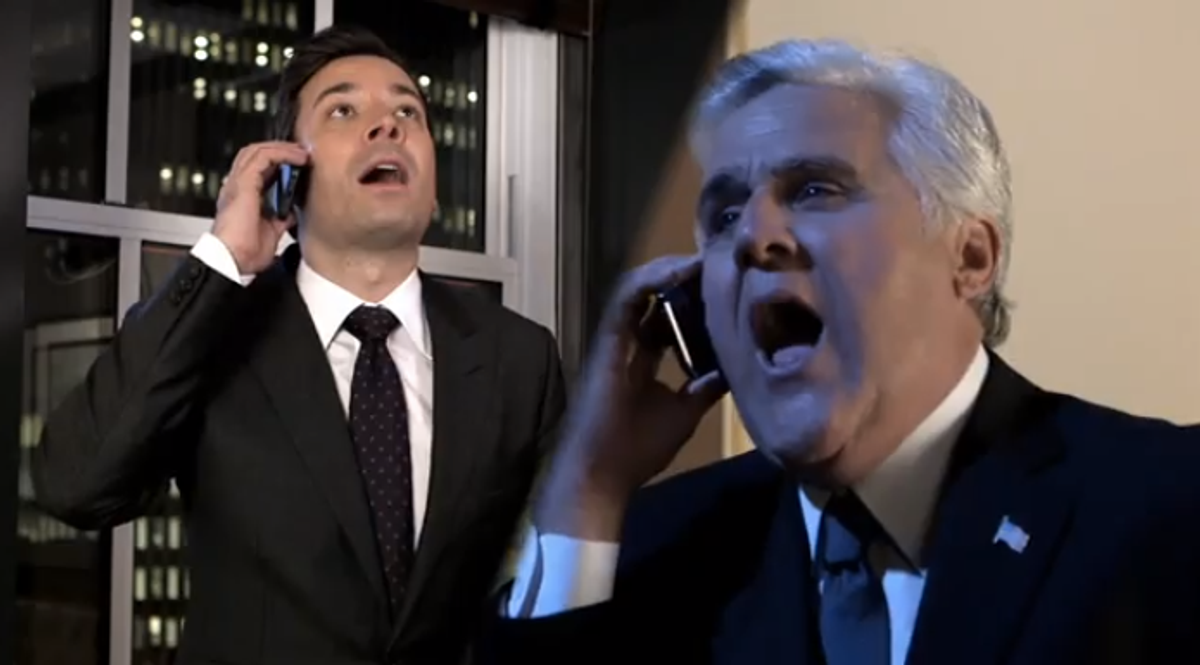 Leno: Tonight, tonight, my ratings were all right. Twenty years, and I'm still in first place. Tonight, "Tonight", I've got Fox on the line. Or maybe I could take over for Dave?

In unison: Tonight, tonight. Why do they say we fight? I like you. You like me. We're okay. Tonight, tonight, who cares who hosts "Tonight"? We both just want our line the next day.

But don't let the buddy-buddy performance (which Deadline surmises was a ploy to boost ratings) fool you. On his show, Leno cut into NBC for the umpteenth time, even comedians Stephen Colbert, Jon Stewart and Jimmy Kimmel joined in on the joke, via Vulture: