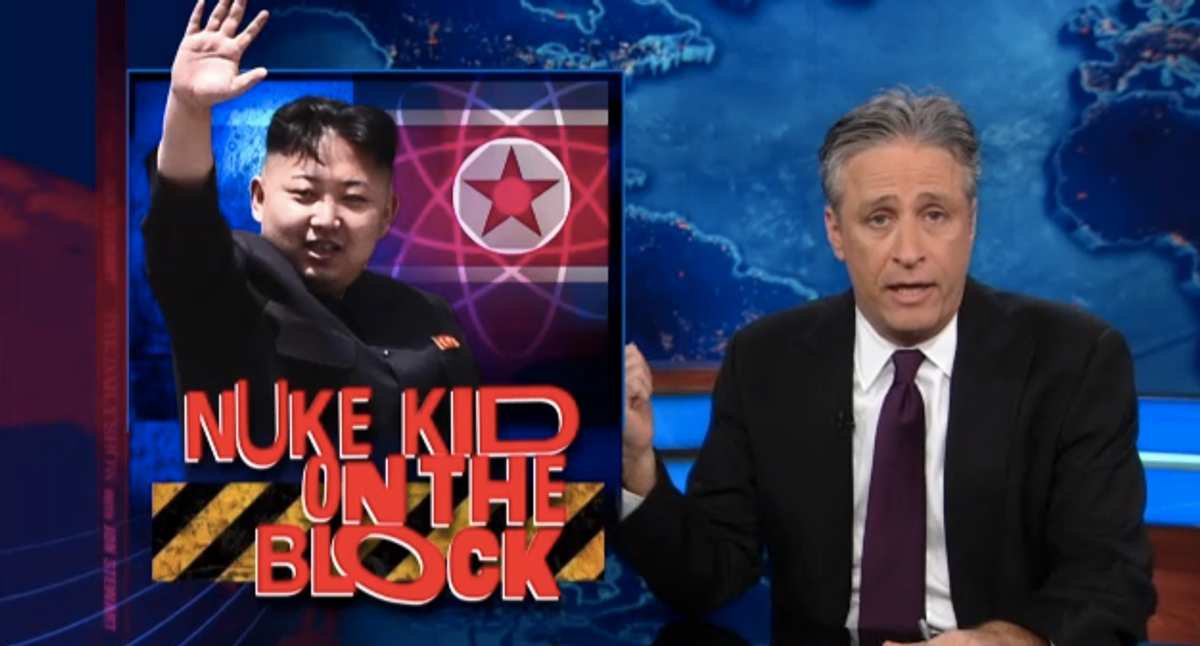 "Look, I don't know if you know this," says Stewart, "but we've moved on from that Patton thing. War is a little more modern, now."