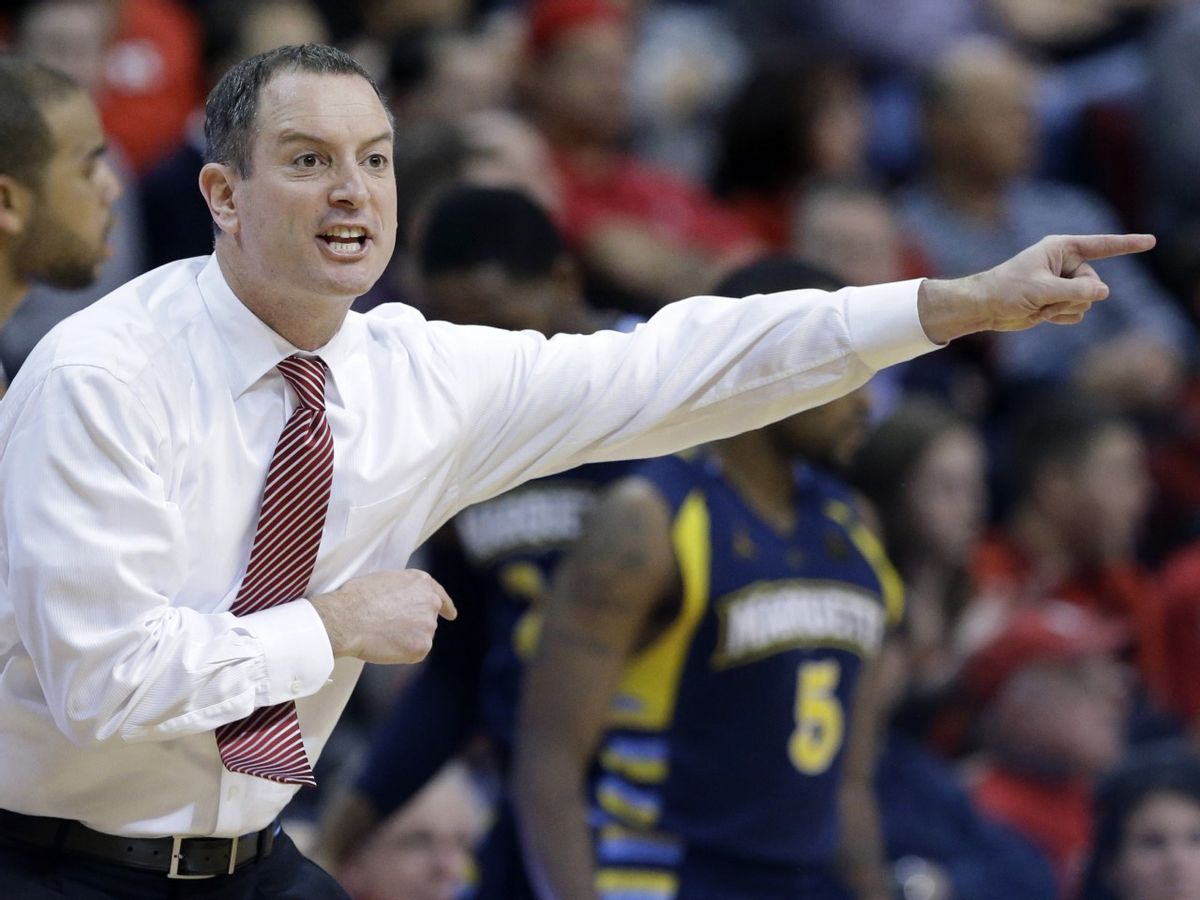 Rutgers University faculty members and local gay rights groups are calling for an investigation into why university officials waited months before firing basketball coach Mike Rice after receiving a video showing him shoving players, throwing basketballs at them and using anti-gay slurs during verbal tirades.

Critics are also calling for the resignation of university president Robert Barchi for his "inexcusable handling" of the abuse of student athletes. As ESPN notes, the scandal "touches on two long-standing issues on campus: the role of sports and the treatment of gays":

"If the roles were reversed and this was a professor and not a coach and this was a student in the classroom as opposed to a collegiate player, this would be completely different. You wouldn't say, 'This was a first offense,'" said Glenn Articolo, a radiologist who lives in Marlton, N.J., and a 1991 Rutgers graduate. "There's not a single employee at Rutgers University from the president to the janitor who wouldn't be dismissed immediately. It seems there's a double standard when it comes to the basketball coach or the football coach."

Some alumni say athletic director Tim Pernetti should also be dismissed, and some are questioning what Barchi knew, and when. A source close to Rutgers' Board of Trustees told "Outside the Lines" on Wednesday that "Pernetti's job is safe" for now because of his prior work on getting Rutgers, currently a member of the Big East, into a lucrative deal to move into the Big Ten...

The university also has dealt with how gay students are treated since Tyler Clementi, a freshman there, killed himself in 2010 days after learning his roommate had used a webcam to see him kissing another man. The roommate spent 20 days in jail last year after a jury convicted him of bias intimidation and other crimes in a case that sparked policy changes to try to make Rutgers friendlier to gay students.

"After the suicide of Tyler Clementi, I thought my alma mater would take the use of gay slurs by any member of the Rutgers community -- students, faculty, administrators, or coaches -- seriously," Debbie Hadley, a 1991 Rutgers alumna, told ESPN. "Clearly, Tim Pernetti did not. And yes, I believe he should be fired, too."

And there is further controversy brewing over whether or not Rice will receive a $100,000 bonus on top of his six-figure salary in spite of being fired. As ESPN reports, Rutgers officials have yet to make a final decision about Rice's post-dismissal compensation package.