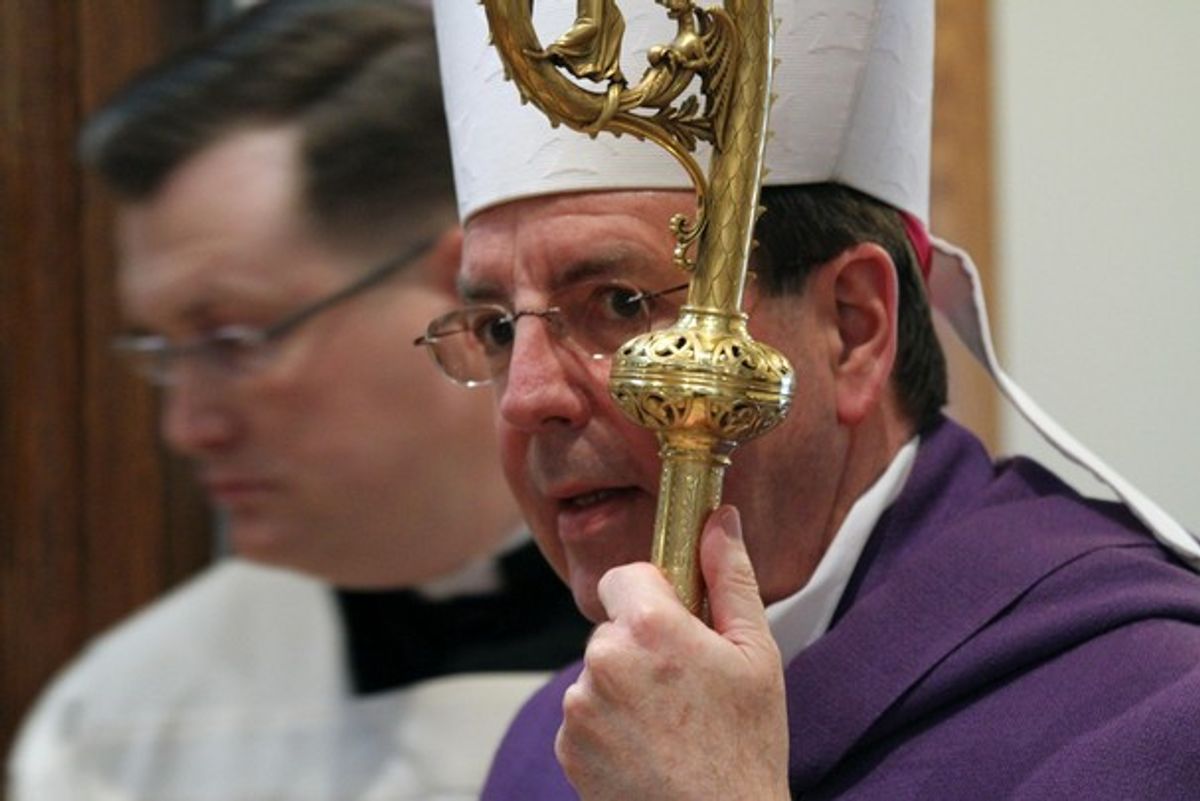 Detroit Archbishop Allen Vigneron denounced Catholics who support marriage equality in an interview with the Detroit Free Press, urging them to skip Communion to avoid shaming themselves -- and the Catholic Church:

For a Catholic to receive holy Communion and still deny the revelation Christ entrusted to the church is to try to say two contradictory things at once: ‘I believe the church offers the saving truth of Jesus, and I reject what the church teaches. In effect, they would contradict themselves. This sort of behavior would result in publicly renouncing one’s integrity and logically bring shame for a double-dealing that is not unlike perjury.

Catholics who attempt a “same-sex marriage” act contrary to Canon 209 § 1 and should not approach for holy Communion per Canon 916. Depending on the facts of the case, they also risk having holy Communion withheld from them under Canon 915, being rebuked under Canon 1339 § 2, and/or being sanctioned under Canon 1379 for simulation of a sacrament. Moreover, Catholics who assist others toward attempting a “same-sex marriage” cooperate in the bad act of those others, which cooperation is liable to moral assessment in accord with the usual principles applicable to cooperation with evil and, under certain facts, according to the canonical principles applying to cooperation in crime per Canon 1329 and/or scandal per Canon 1339 § 2, etc.

Translation: Pro-marriage equality Catholics should be punished by the church for their views.

There are close to 30 other bishops who have said that pro-marriage equality Catholics should be denied Communion, but they may hold a minority view, according to Thomas Reese, a Catholic priest and senior fellow at the Woodstock Theological Center at Georgetown University.

As Reese told the Detroit Free Press: "Most American bishops do not favor denying either politicians or voters Communion because of their positions on controversial issues." Reese said that Peters' views are "in a minority among American canon lawyers."