The kids are alright: 3 stories that will restore your faith in teenagers 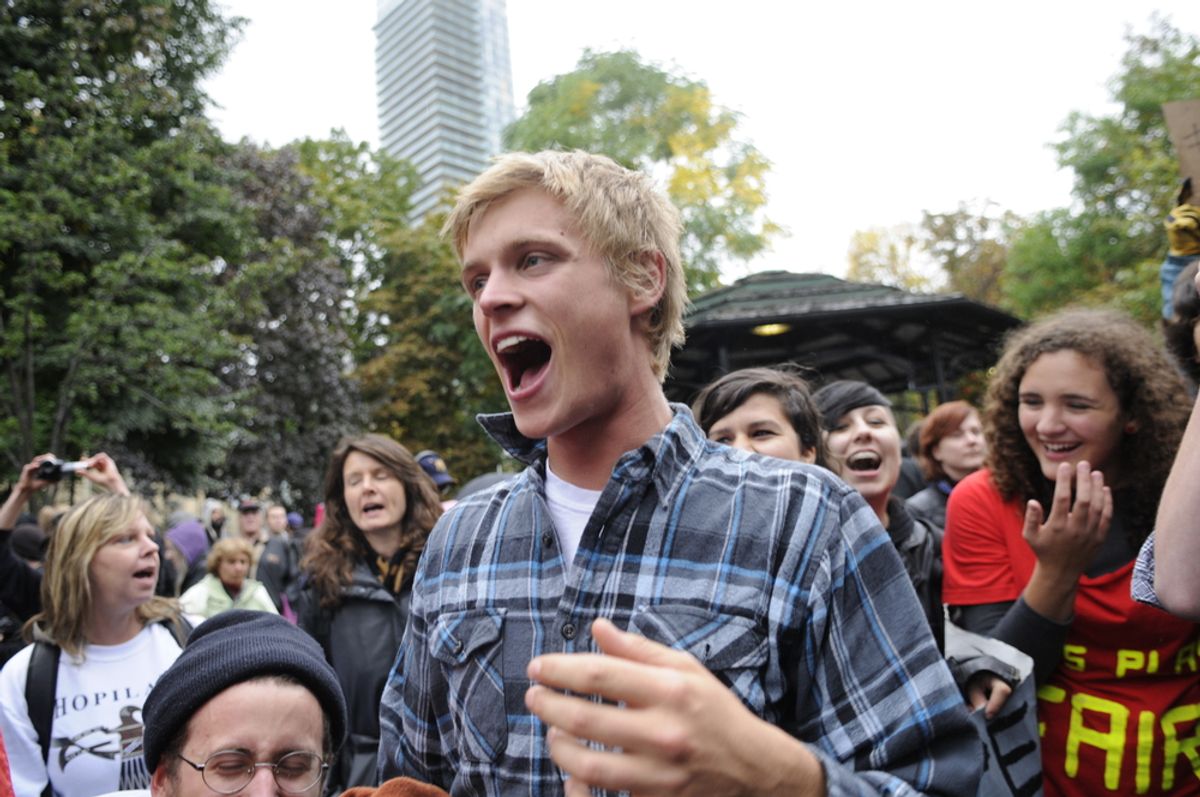 It can seem like a terrifying time to be a young person: News of Rehtaeh Parsons' suicide after an alleged gang rape and relentless harassment at the hands of her peers is heartbreaking and outrage-inducing. The shadow of Steubenville hangs heavy while yet another sexual assault case unfolds in a small town in Connecticut. Texas A&M University's Student Senate recently voted to defund gay rights groups on campus.

Awful. All of it.

But there are good stories out there, too. Young people who are doing amazing things in the world, supporting one another, challenging injustice and generally proving that the violent, hateful assholes grabbing headlines right now don't represent their generation. (Assholes rarely do.)

A roundup of some stories that more people should be talking about this week.

Stephanie Rivera is a 21-year-old junior at Rutgers who is running for the New Jersey Board of Education to give her community "a voice in deciding who controls their schools":

I am running because today's youth need to know we cannot underestimate what we are capable of. We must challenge all the lack of faith in us and the odds against us. If you have a vision, and truly believe inside your gut, heart, and mind that you are capable of doing something others can't think you can do—you must do it...

There is no set age at where we can begin making solid, positive changes in our communities, and in this world. We must dismantle society's established norms, or they will dismantle us. I would not be running for this position if I did not believe I was qualified for the job—there are already enough politicians with no real understanding of what schools need doing that already.

Two teenagers return $80,000 left on a Norwegian train by an old man

A Norwegian teenager identified only as Bendik and another friend found 467,200 kroner ($81,500) unattended on a train on Wednesday.

And they didn't keep it.

“When I opened the bag, the first thing I saw were these wads and wads of bills,” Bendik told local daily Vestby Avis.

The pair eventually discovered the passport of the money's rightful owner, an elderly train-rider in his 70s. “My first thought was to call the police," Bendik said. That's exactly what he did, and the old man picked his cash up with local police on Thursday.

Students at a California high school dedicated an entire issue of their school magazine to creating a dialogue about rape culture among teens. The issue goes deeper and offers more honest insight than any of the overpaid adults at CNN, MSNBC and elsewhere have been able to muster since Steubenville reminded us all (yet again) how our culture condones sexual assault and victim-blaming. As Salon's Mary Beth Williams writes:

In a bold and powerful series in the April 9 issue of Verde magazine, the students of Palo Alto High have made a dialogue for and by teenagers about the state of rape culture and contemporary adolescence – and they’ve given a lesson to parents and educators alike. It’s a fascinating work, and a model for exactly what far more high schools and colleges across the country should be doing right now. Confront the problem. Examine it. Talk about it.

The “Rape Culture” issue isn’t easy to look at. Its cover is an image of a young girl, her face obscured but her arms and neck and lower face covered in slurs. “Attention whore.” “Drunk.” “Asking for it.” Inside, student Lisie Sabbag writes about a senior’s sexual assault. “Despite her earlier protests,” the girl was “too drunk to object,” she writes. After filing a police report, she became the object of  a “barrage of Facebook messages and Tumblr posts telling her that she was just looking for attention.” Sabbag also talks to another student who reveals a community in which boys are pressured to take advantage. “They would say, ‘Oh you didn’t want to have sex with her because she’s drunk? You’re such a fag.’” And she reveals that in a survey of the school’s students, over 25 percent agree that “If a woman willingly gets drunk and then gets raped, she is responsible for what happened to her.” Savannah Cordova, meanwhile, writes of listening to Spirit Week cheers that “blatantly bully and slut-shame” girls. “Stop trivializing rape,” she writes. “Stop making excuses...”

"Our goal … is not to point fingers,” the editors write in their introduction to the issue, “but to generate productive discussion about rape as an issue.” It’s a discussion that should be happening more often. And one we all can learn from.