The English city has long been a target for international terrorists 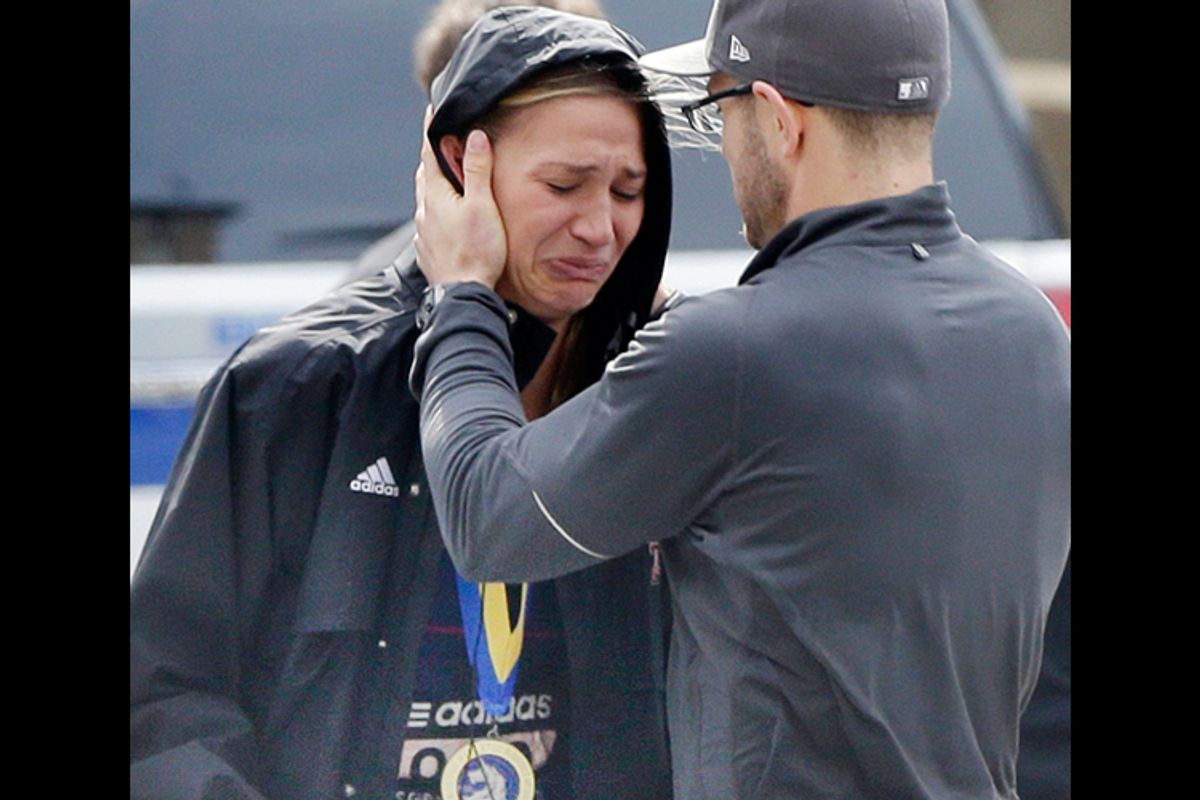 An unidentified Boston Marathon runner is comforted as she cries in the aftermath of two blasts which exploded near the finish line of the Boston Marathon in Boston, Monday, April 15, 2013. (AP/Elise Amendola)
--

LONDON (AP) — British police are reviewing security plans for Sunday's London Marathon, the next major international marathon, because of the bombs that killed two people at the race in Boston. But there is no known specific or credible threat against the British race as of yet, a security official said.

The London Marathon is a hugely popular race. Last year, some 37,500 athletes competed, with many more watching the springtime event.

London has long been considered a top target for international terrorists, with the government saying the threat level is "substantial." In 2005, a series of suicide attacks on the public transport system in the British capital killed 52 people.

London and mainland Britain also face a moderate threat from Northern Ireland-related terrorism, according to the government.

Two bombs exploded near the finish of the Boston Marathon on Monday, killing two people, and injuring at least 22 others, race organizers and police said.

A police spokesman who spoke on condition of anonymity because he was not authorized to go on the record said the security presence may be increased.

A security official, who also spoke on condition of anonymity because he was not authorized to speak publicly about the matter, said there are no credible or specific threats against the London Marathon.

The London race's chief executive, Nick Bitel, said marathon officials contacted the police to discuss security plans "as soon as we heard the news" about Boston. He expressed shock and sadness about the situation in Boston, saying "it is a very sad day for athletics and for our friends in marathon running."