"I'm asking my fans to take a leap of faith": Hollywood and Kickstarter in the wake of "Veronica Mars"

Melissa Joan Hart saw the success of the "Veronica Mars" Kickstarter and made her own. It's not yet a smash 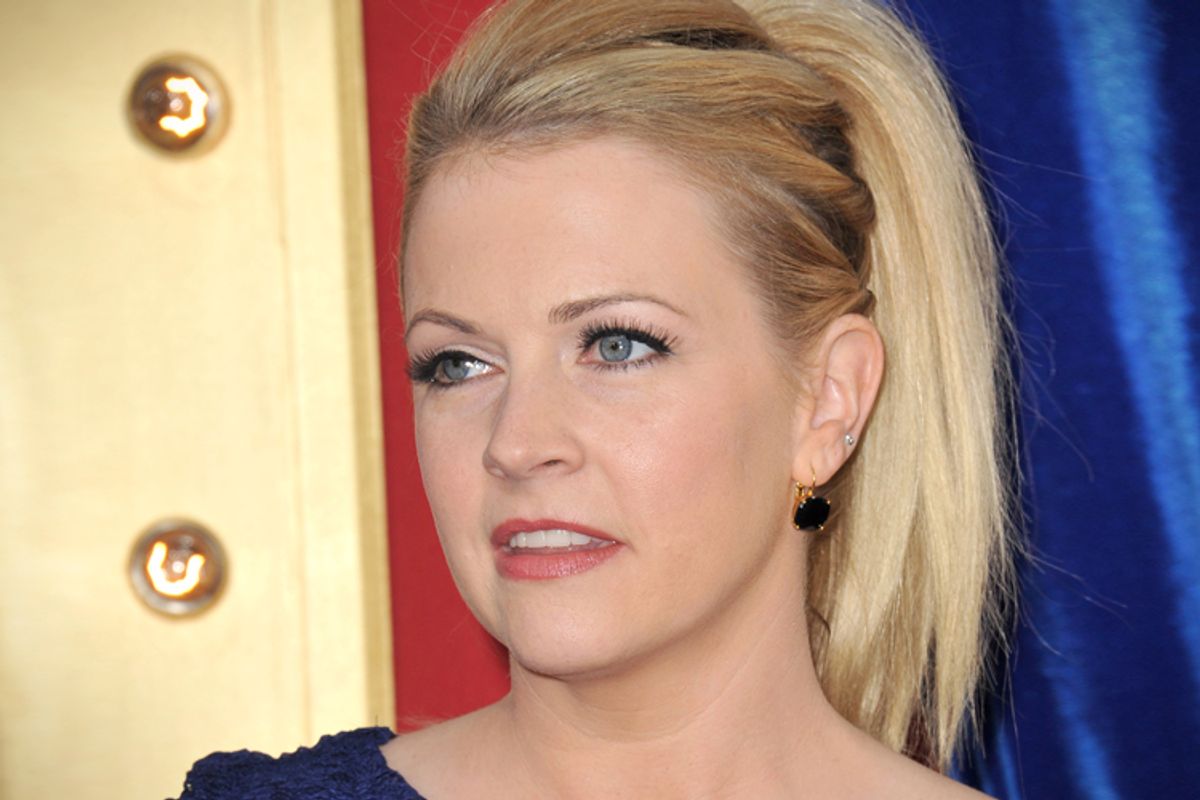 Melissa Joan Hart, an actress famous for years-ago tween TV work in "Clarissa Explains It All" and "Sabrina the Teenage Witch" and more recent small-screen movies like "Holiday in Handcuffs" and "My Fake Fiance," had been trying to break back into film work for a while. "It'd be nice for me to do something right now after having a baby and taking a big hiatus," she told Salon. In particular, she'd been trying to get a script by a former "Sabrina" director, Tibor Takács, made for years: "We tried independent financing, we tried going to the studio."

Then, coincidentally, "Veronica Mars" got on Kickstarter.

The early-2000s detective show asked for $2 million on the crowdfunding site in order to produce a big-screen reunion. It received $5.7 million.

"This is going to take off," Hart recalled thinking. "People are going to start doing this." Two days later, she shot a trailer for the movie she wanted to make, but hadn't yet made, and figured out incentives that she could give to those who helped fund the movie. She put it on Kickstarter.

"Veronica Mars" had the advantage of being based on an existing -- and popular, among a certain subset -- intellectual property. "Darci's Walk of Shame," as Hart's potential movie is called, is an original script, and one whose first trailer is more about Hart's past work. She compared it to "Bridesmaids" and "The Hangover."

"I'm asking my fans to take a leap of faith and to say if you like the projects I've been in before, trust me to pick good projects. This is the flavor of me from 'Drive Me Crazy' or 'Holiday in Handcuffs.' You kind of know my style and know where I lean, you know how I've grown up. I'm asking people to trust me to pick a good project. But they don't know the rest of the cast, they don't know the story."

As yet, much about "Darci's Walk of Shame" is undecided, from shooting locations (the film will shoot "[s]omewhere like Thailand or the Caribbean. We’ll keep you informed," per the Kickstarter page) to cast. Hart said it's all contingent on how much money they make -- she's hoping to surpass $2 million. "The more money we make, the more we have to spend on a great wardrobe designer and designs. $2 million is the minimum we need to get this movie made at the lowest level. If we hit $3 million, it'll be a beautiful movie, well done. If we hit $4 million, it'll be on 200 screens across America." Distribution and marketing have been set up -- contingent on the movie getting funded by Hart's fans.

And those fans have come out, if not in force. While both $10,000 walk-on roles have been snapped up, the project has been funded just over $30,000 with 38 days to go. "The things that sell a movie," said Hart, "are a poster and a trailer and we dont have either because we don't have a movie. We're thinking about showing them what we'd like to have as a poster. We're having to come up with creative concepts that take years -- after you've shot a movie it takes months for a creative team to do that!"

Hart felt, to a degree, as though she had run out of options before taking her project to Kickstarter. "We could go to Universal and Paramount -- but there are only so many studios left. And everyone wants to do big blow-up projects. If I were Reese Witherspoon, I could get this made." Most of the feedback from her fan base, though, had been positive, but for a few questions as to why she didn't just fund the project herself.

"I understand that. When I was a little girl, people asked why I didn't ride in a limo. But just because you're in Hollywood doesn't mean you're a Spelling."

"It's a job to get a job. It's a major audition," said Hart. "But 'Veronica Mars' was really onto something."