A look at Pam Stenzel, the popular Christian speaker who has renewed controversy over abstinence-only education 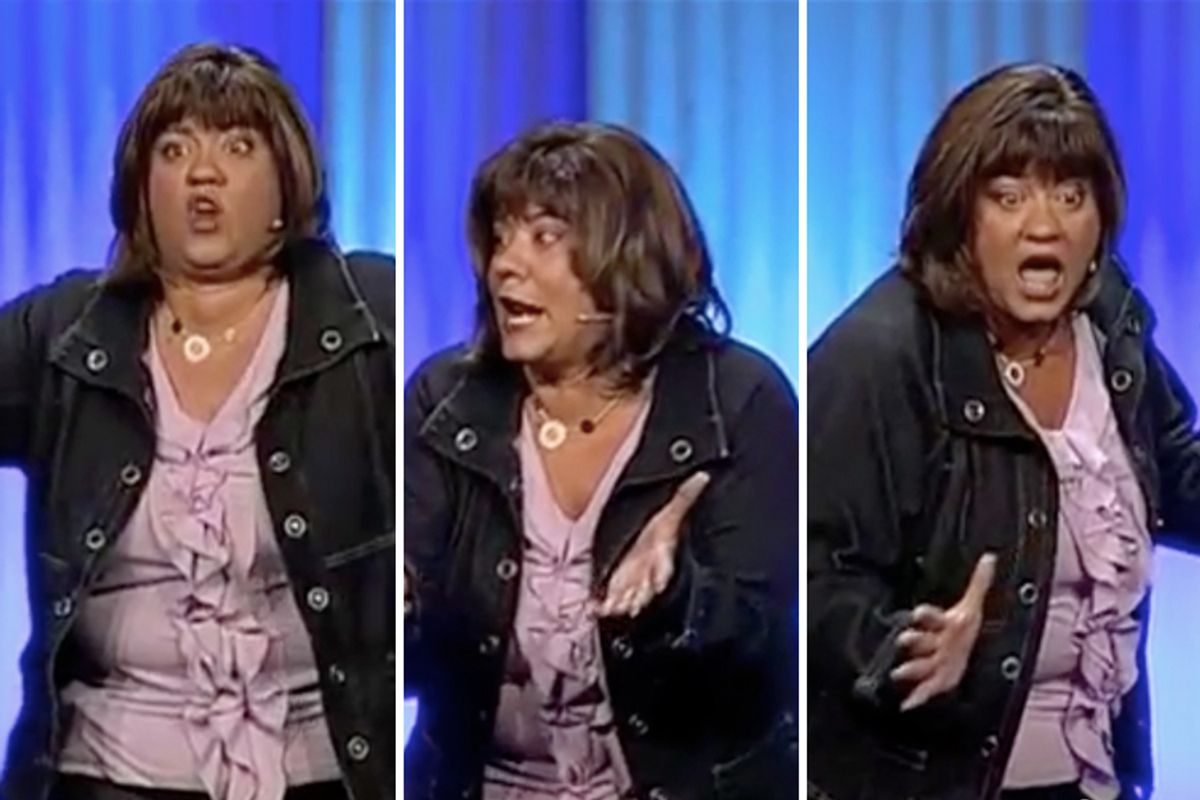 Pam Stenzel impressively rattles off a list of diseases at an auctioneer's speed: "HPV, genital warts, syphilis, gonorrhea, herpes, chlamydia, trichomoniasis, vulvodynia, arthritis, Hepatitis B, Hepatitis C, HIV!" The Christian advocate is pacing the stage in her signature cool-mom denim jacket, warning an audience of teenagers about the potential consequences of sex. With a tone that would seem at home in a church-turned-comedy-club, she emphasizes the worst-case scenarios -- a radical hysterectomy, cancer, death! But there is one relevant thing that she doesn't bother to mention: condoms.

This is just one scene from several YouTube videos of Stenzel, the same speaker behind a recent controversy over abstinence-only education. After Stenzel gave a lecture at George Washington High School, 17-year-old Katelyn Campbell took to the national media to complain about being subjected to the activist's "slut-shaming" message. Campbell's bravery didn't stop there: As a result of exercising her right to free speech, her principal allegedly threatened to contact Wellesley College, where she had already been accepted, to complain about her "bad character" -- so, Campbell quickly lawyered up and filed an injunction against him. (Wellesley's official Twitter account soon sent out the following tweet: "Katelyn Campbell, #Wellesley is excited to welcome you this fall" -- and the Internet rejoiced at perhaps the only bit of sunny news this week.)

I had to wonder: Who is the alleged slut-shamer behind this story, anyway? After all, Campbell may be fighting the good fight at her school in West Virginia, but how many other schools will invite Stenzel to come preach her message? -- and what is her message, exactly? After hours watching YouTube footage of Stenzel, who didn't respond to requests for an interview, I have a much better idea.

Stenzel, who attended none other than Jerry Falwell’s Liberty University, began her career counseling young women at crisis pregnancy centers, which are often run by pro-life organizations and are notorious for providing young women with medical misinformation, particularly about abortion. It is not irrelevant, then, that Stenzel says she is the product of a rape: Her 15-year-old mother was sexually assaulted by her father and then gave up Stenzel for adoption. She often makes use of this biographical fact in her speeches (in one case telling an audience of high school students, "My life isn't worth any less than any of yours just because of the way I was conceived, and I did not deserve the death penalty because of the crime of my father").

Given this professional background, it's no surprise that Stenzel's speeches often include straight-up lies about the risks associated with sex. Some of her claims are ambiguous hyperbole: While talking about the importance of only ever having sex with one person for your entire life, she says, "If you have sex outside of that context you will pay. No one has ever had more than one partner and not paid." Other times, she takes a stab at statistics that are completely unsupported by any evidence -- not just in her speech, but like in the world: For example, while talking about a hypothetical high school girl whose mom has put her on contraceptives, she says, "That drug, that hormone, that pill, that shot that this girl is taking has just made her 10 times more likely to contract a disease than if she was not taking that drug." She adds, "This girl could end up sterile or dead. Thanks, Mom, glad you cared."

Death is a favorite scare tactic for Stenzel, who charges between $3,500 and $5,000 for her speeches. In one speech, she imitates a boy (she does seem to delight in mocking young people) who decides that he's finally found the right woman and wants to settle down: "By the way, I've got genital warts. You'll get it too and we'll both be treated for the rest of our lives. In fact, you'll probably end up with a radical hysterectomy, cervical cancer and possibly death -- but marry me!" Truth is, as the Sexuality Information and Education Council of the United States (SIECUS) wrote in a previous review of Stenzel's work, that "the majority of HPV infections cause neither genital warts nor cervical cancer but, instead, resolve themselves spontaneously without medical intervention. Even HPV infections that cause warts can resolve without treatment."

She also loves spooking girls by telling them that sex will make them sterile. In one speech she says, "Ladies, you contract Chlamydia one time in your life, cure it or not, and there is about a 25 percent chance that you will be sterile for the rest of your life." As SIECUS explained, "This is not true. According to the Centers for Disease Control and Prevention (CDC) approximately 40 percent of cases of untreated Chlamydia lead to PID [Pelvic Inflammatory Disease] and approximately 10 percent of acute cases of PID (not all PID becomes acute) lead to infertility." Of course, she makes no mention of the actual signs of Chlamydia, or the ways that it can be prevented, the report points out.

Here's another bald-faced lie that she makes about infertility: "Girls, please hear this, this is primarily going to affect the girls: infertility, the ability to have children, has risen over 500 percent in 10 years." SIECUS also smacks down this claim: "Although the media has focused a great deal of attention on infertility in recent years, much of this is tied to the fact that women are delaying pregnancy well into their 30s and 40s," says the report. "In fact, research suggests that infertility rates have remained unchanged."

Like many ab-only advocates, she is fond of the old chestnut that premarital sex destroys your ability to bond. In one video, Stenzel talks about a demonstration that she sometimes does where she wraps a piece of duct tape around her arm, then puts it on a student's arm, and then another's and another's, and so on, before explaining that it can no longer stick because "it's got so much junk from everywhere it's been." Science! At another point in the same speech she belittles the teen audience: "You think you can be a player, sleep around, sex is a big game, we all do it, friends with benefits, no strings attached, and then someday you're gonna marry someone who's faithful to you?" Then she shouts: "You're insane." Her message boils down to this: Sex will either ruin you -- or kill you.

What about condoms, you might ask? Well, here's a direct quote from her on that topic: "Students, condoms aren’t safe. Never have been, never will be." And STD testing? She confusingly tells one audience of young people, "Students, STD testing cannot tell you what you don't have. We can't tell you what you don't have." Actually, that's exactly what STD testing does. The SIECUS report wonders, "Perhaps she is trying to caution her audience that not all tests are conclusive and that some STDs are most easily (or only) diagnosed when there are active symptoms (like HPV in men). What she is actually doing, however, is discouraging testing. After all, if testing can't give you good news -- why do it?"

SIECUS' ultimate conclusion about Stenzel was that her DVD "Sex Still Has a Price Tag," which is sold to public schools for $30 a pop, "is based on fear and shame; designed to control young people’s sexual behavior by instilling in them feelings of dread, guilt, and embarrassment." The report argues that "in both her tone and her words, Stenzel appears to have an intense dislike or at least distrust of the young people she is speaking to, and seems to see her goal as that of a drill sergeant or prison guard who is there to keep them in line and dole out punishment." It adds, "Moreover, Stenzel relies on inaccurate statistics and passes off gross exaggerations and complete falsehoods as fact." As SIECUS concluded, her curriculum represents "the worst kind of abstinence-only-until-marriage programming."

It's true that ab-only has been delivered blows in recent years -- but, clearly, it's far from gone. Even just Stenzel's reach alone goes far beyond Katelyn Campbell and her peers at George Washington High School: she claims to speak to over 500,000 young people each year, at public and private schools alike.