The comedian was interrogated by his nation's government for "denigrating Islam" 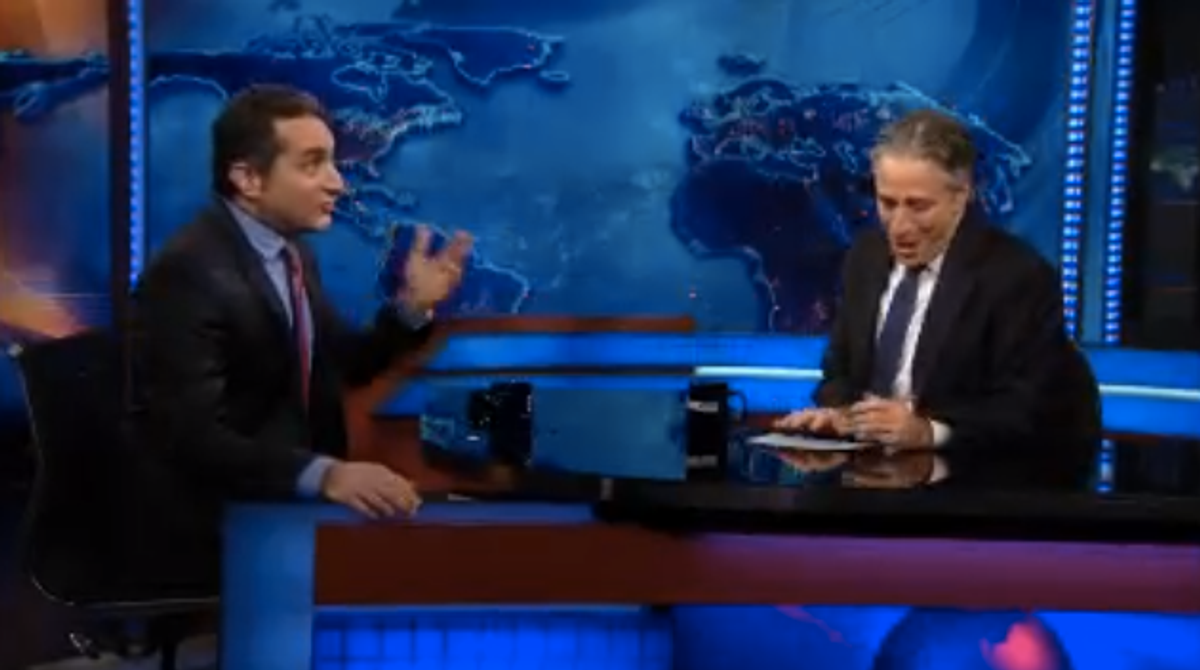 Honored this week as an attendee the Time 100 gala, Egyptian satirist Bassem Youssef stopped by "The Daily Show" to discuss the Egyptian government's attempts to censor his comedy. "They're insecure, they are locked up into their teenage years. They still have pimples and have to deal with their body hair," he said.

Youssef, who was arrested for "denigrating Islam," "spreading false news" and "diminishing the president's stature," was released on bail earlier this month. His case attracted international attention, however, as activists cited the arrest as one of the greatest free speech infringements by the Mohamed Morsi's government since he came to power.