How scared should we be of avian flu?

H7N9 has killed 22 in China. An expert explains whether our fears of a global epidemic are founded 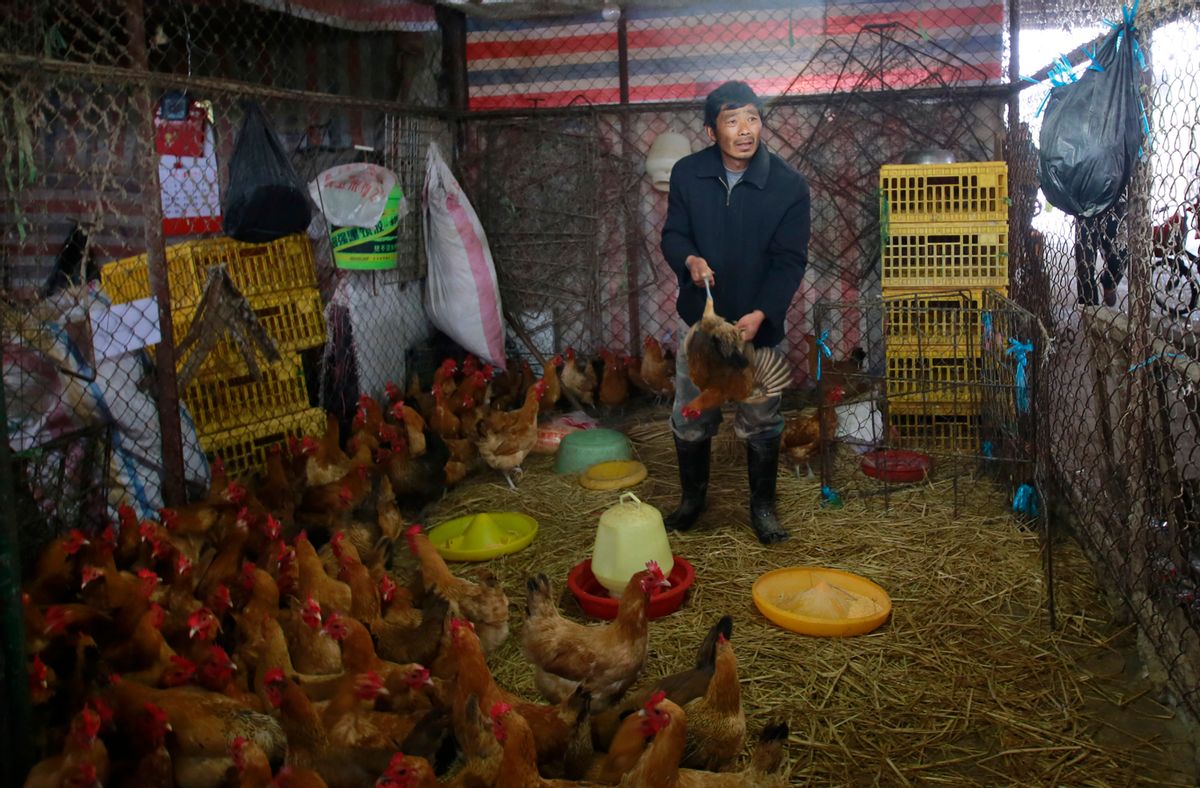 The most recent outbreak of avian flu, the strain H7N9, has killed 22 people and infected 108. The cases were thought to be contained within China until Wednesday, when a Taiwanese man was confirmed to be infected with the virus.

As more cases appear, the death toll rises and so does the fear. But are the fears founded?

GlobalPost talked to Dr. Neil Fishman, associate chief medical officer at the University of Pennsylvania Health System, about where to focus efforts to quell the outbreak, how the press is handling the news and just how likely it is that humans will one day transfer the virus to other humans.

GlobalPost: The current flu strain has been found in disparate areas of China. How does the wide spread of cases affect efforts to combat the virus?

Dr. Neil Fishman: There’s two critical things that are promising. One is that the virus has not been isolated in migratory birds. It’s only been found in chickens, ducks and pigeons in live poultry markets, so that makes it potentially easier to manage.

The other piece of promising news is that the closing of poultry markets appears to have led to a slowdown of the spread of disease. The focus needs to be on controlling the live poultry.

Scientists have said H7N9 is more readily transmissible to humans than previous strains. How bad is this outbreak compared to previous ones? Are we at a tipping point?

I wouldn’t call it a tipping point. The prior bird flu outbreak, the H5N1 strain, has been smoldering for well over a decade. This is H7N9 and, on the optimistic side, there haven’t been that many cases.

It does appear to transmit a little more efficiently from animals to humans. But there still hasn’t been any evidence of human-to-human transmission. I don’t think it’s a tipping point yet, but I do think it is a situation that needs to be monitored very closely.

Scientists have acknowledged that human-to-human contact is possible. How likely do you think this is?

What do you think of the media response to the outbreak?

I actually think it’s been appropriate and well-informed. I always fear too much hype and I haven’t seen that yet. I think if you go back to the early H5N1 days there was overreaction. Initial coverage of this outbreak appears more informed.

I wonder if China has been more transparent about this outbreak [as opposed to the early days of H5N1], so the info is more readily available, and that leads to less circumspection, less hypothesis.

There’s still a lot to learn about this virus. I don’t believe that there is a saturation effect, that people are getting used to these outbreaks. I prefer to think of it as more of an educated response. There have been more outbreaks, the public has learned, the press has learned … we need to gather all of this information to see how an outbreak progresses.

How likely is the international spread of H7N9?

Right now, less likely, because the virus has not been found in migratory birds, and there has not been human-to-human transmission. I will get concerned if the virus mutates and develops the ability for human-to-human transmission. Again, that has never occurred in the 10-plus years of the H5N1 outbreak, but we just need to follow it closely right now.