Ariel Castro handed out fliers when his friend's daughter disappeared. Now he and his brothers are in custody 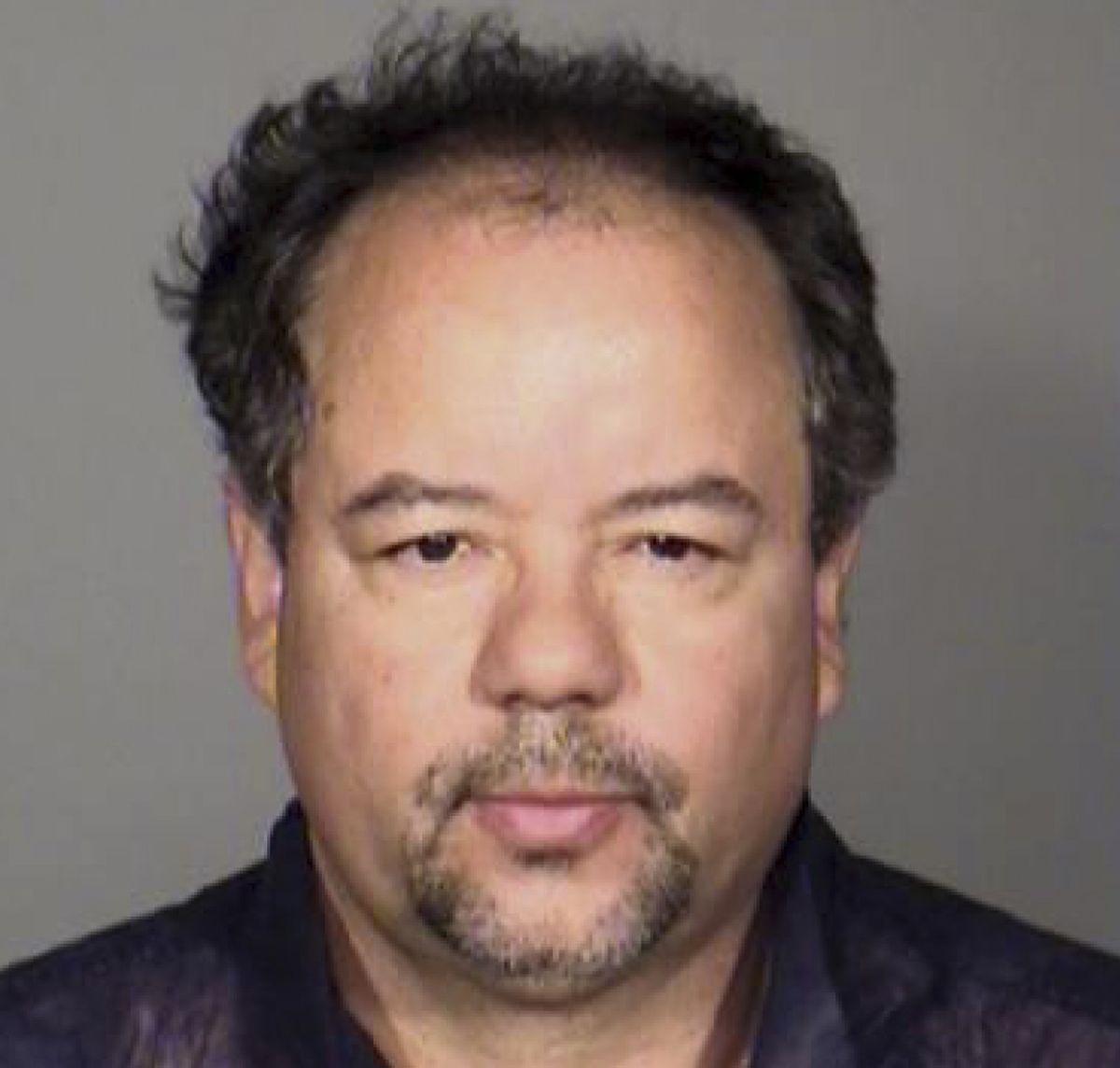 CLEVELAND (AP) -- In the years after his friend's daughter vanished while walking home from school, Ariel Castro handed out fliers with the 14-year-old's photo and performed music at a fundraiser held in her honor.

When neighbors gathered for a candlelight vigil just a year ago to remember the girl, Castro was there too, comforting the girl's mother.

Castro, just like everyone else in the tight-knit, mostly Puerto Rican neighborhood, seemed shaken by the 2004 disappearance of Gina DeJesus and another teenager who went missing the year before.

Now he and his brothers are in custody after a frantic 911 call led police to his run-down house, where authorities say DeJesus and two other women missing for about a decade were held captive.

No charges have been filed against the men, but they could appear in court as early as Wednesday morning.

Amanda Berry, 27, Michelle Knight, 32, and DeJesus, about 23, had apparently been held captive in the house since their teens or early 20s, police said.

A 6-year-old girl believed to be Berry's daughter also was found in the home, police Deputy Chief Ed Tomba said. He would not say who the father was.

About a week ago, Castro took the 6-year-old girl to a nearby park, where they played in the grass, said Israel Lugo, a neighbor who lives down the street. "I asked him whose kid was it, and he told me his girlfriend's daughter," Lugo said.

The women were reunited with joyous family members but remained in seclusion Tuesday. They were rescued after Berry kicked out the bottom portion of a locked screen door and used a neighbor's telephone to call 911. An officer showed up minutes later and Berry ran out and threw her arms around the officer, a neighbor said.

Police identified the other two suspects as the 52-year-old Castro's brothers, Pedro Castro, 54, and Onil Castro, 50. Calls to the jail went unanswered, and there was no response to interview requests sent to police, the jail and city officials.

A relative of the three brothers said their family was "totally shocked" after hearing about the missing women being found at the home.

Juan Alicea said the arrests of his wife's brothers had left relatives "as blindsided as anyone else" in their community. He said he hadn't been to the home of his brother-in-law Ariel Castro since the early 1990s but had eaten dinner with Castro at a different brother's house shortly before the arrests were made Monday.

Police would not say how the women were taken captive or how they were hidden in the neighborhood where they had vanished. Investigators also would not say whether they were kept in restraints inside the house or sexually assaulted.

Ariel Castro owned the home where the girls were found in a neighborhood dotted with boarded-up houses just south of downtown.

His son, Anthony Castro, said in an interview with London's Daily Mail newspaper that he now speaks with his father just a few times a year and seldom visited his house. He said on his last visit, two weeks ago, his father wouldn't let him inside.

Anthony Castro, who lives in Columbus, also wrote an article for a community newspaper in Cleveland about the disappearance of Gina DeJesus just weeks after she went missing, when he was a college journalism student.

"That I wrote about this nearly 10 years ago - to find out that it is now so close to my family - it's unspeakable," he told The Plain Dealer newspaper.

Most everyone in the neighborhood knew Ariel Castro.

Neighbors say he played bass guitar in salsa and merengue bands and gave neighborhood children rides on his motorcycle.

Tito DeJesus, an uncle of Gina DeJesus, played in bands with Castro over the last 20 years. He recalled visiting Castro's house but never noticing anything out of the ordinary.

Juan Perez, who lives two doors down from the house, said Castro was always happy and respectful. "He gained trust with the kids and with the parents. You can only do that if you're nice," Perez said.

Castro also worked until recently as a school bus driver.

He was friends with the father of Gina DeJesus, one of the missing women, and helped search for her after she disappeared, said Khalid Samad, a friend of the family.

"When we went out to look for Gina, he helped pass out fliers," said Samad, a community activist who was at the hospital with DeJesus and her family on Monday night. "You know, he was friends with the family."

Antony Quiros said he was at the vigil about a year ago and saw Castro comforting Gina DeJesus' mother.

One neighbor, Francisco Cruz, said he was with Castro the day investigators dug up a yard looking for the girls.

Castro told Cruz, "They're not going to find anyone there," Cruz recalled.

Cleveland police now are conducting an internal review to see if they overlooked anything.

City Safety Director Martin Flask said Tuesday that investigators had no record of anyone calling about criminal activity at the house but were still checking police, fire and emergency databases.

Two neighbors said they called police to the Castro house on separate occasions.

Elsie Cintron, who lives three houses away, said her daughter saw a naked woman crawling in the backyard several years ago and called police. "But they didn't take it seriously," she said.

Another neighbor, Israel Lugo, said he heard pounding on some of the doors of the house in November 2011. Lugo said officers knocked on the front door, but no one answered. "They walked to side of the house and then left," he said.

"Everyone in the neighborhood did what they had to do," said Lupe Collins, who is close to relatives of the women. "The police didn't do their job."

Police did go to the house twice in the past 15 years, but not in connection with the women's disappearance, officials said.

In 1993, Castro was arrested two days after Christmas on a domestic-violence charge and spent three days in jail before he was released on bond. The case was presented to a grand jury, but no indictment was returned, according to court documents, which don't detail the allegations. It's unclear who brought the charge against Castro, who was living at the home from which the women escaped Monday.

Four years ago, in another poverty-stricken part of town, police were heavily criticized following the discovery of 11 women's bodies in the home and backyard of Anthony Sowell, who was later convicted of murder and sentenced to death.

The families of Sowell's victims accused police of failing to properly investigate the disappearances because most of the women were addicted to drugs and poor. For months, the stench of death hung over the house, but it was blamed on a sausage factory next door.

Following public outrage over the killings, a panel formed by the mayor recommended an overhaul of the city's handling of missing-person and sex crime investigations.

On Tuesday, a sign hung on a fence decorated with dozens of balloons outside the home of DeJesus' parents read "Welcome Home Gina." Her aunt Sandra Ruiz said her niece had an emotional reunion with family members.

Many of the women's loved ones and friends had held out hope of seeing them again,

For years, Berry's mother kept her room exactly as it was, said Tina Miller, a cousin. When magazines addressed to Berry arrived, they were piled in the room alongside presents for birthdays and Christmases she missed. Berry's mother died in 2006.

Just over a month ago, Miller attended a vigil marking the 10th anniversary of Berry's disappearance.

Over the past decade or so, investigators twice dug up backyards looking for Berry and continued to receive tips about her and DeJesus every few months, even in recent years. The disappearance of the two girls was profiled on TV's "America's Most Wanted" in 2005. Few leads ever came in about Knight.

Knight vanished at age 20 in 2002. Berry disappeared at 16 in 2003, when she called her sister to say she was getting a ride home from her job at a Burger King. About a year later, DeJesus vanished.

Jessica Aponce, 24, said she walked home with DeJesus the day the teenager disappeared.

"She called her mom and told her mom she was on her way home and that's the last time I seen her," Aponce said. "I just can't wait to see her. I'm just so happy she's alive. It's been so many years that everybody thinking she was dead."

The National Center for Missing & Exploited Children's CEO, John Ryan, said Berry, DeJesus and Knight likely would be honored by his group.

"I think they're going to be at the top of the list," he said.