NFL commissioner on gay players: Teammates and fans will "respond the right way"

Roger Goodell says the NFL is ready for its first out player, saying "we're accepting of our differences" 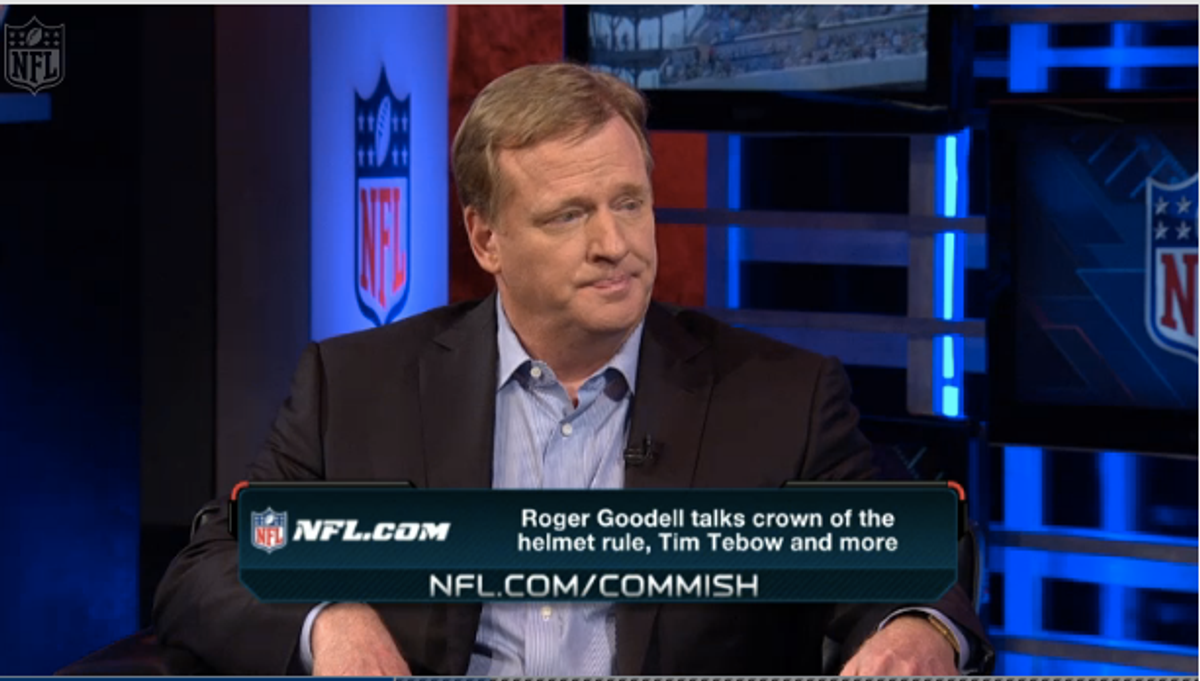 Following NBA player Jason Collins' recent announcement that he was gay, many athletes from outside of basketball, like former-Ravens linebacker Brendon Ayanbadejo, took to Twitter to congratulate him on the brave decision to come out. NFL Commissioner Roger Goodell says he wasn't surprised by the outpouring of support from his league's players, and expects the same kind of response if a member of the NFL comes out.

"I have such great respect for our players," Goodell told NFL.com. "I don't think [a gay player coming out] will just be tolerated, I think it will be accepted. These are individuals who play in our league. We're all different in some fashion, and we're accepting of our differences."

Adding: "To me, if it happens in the league, that's a personal choice that someone would decide to do. But I know their teammates and teams, and I think the fans will all respond the right way."