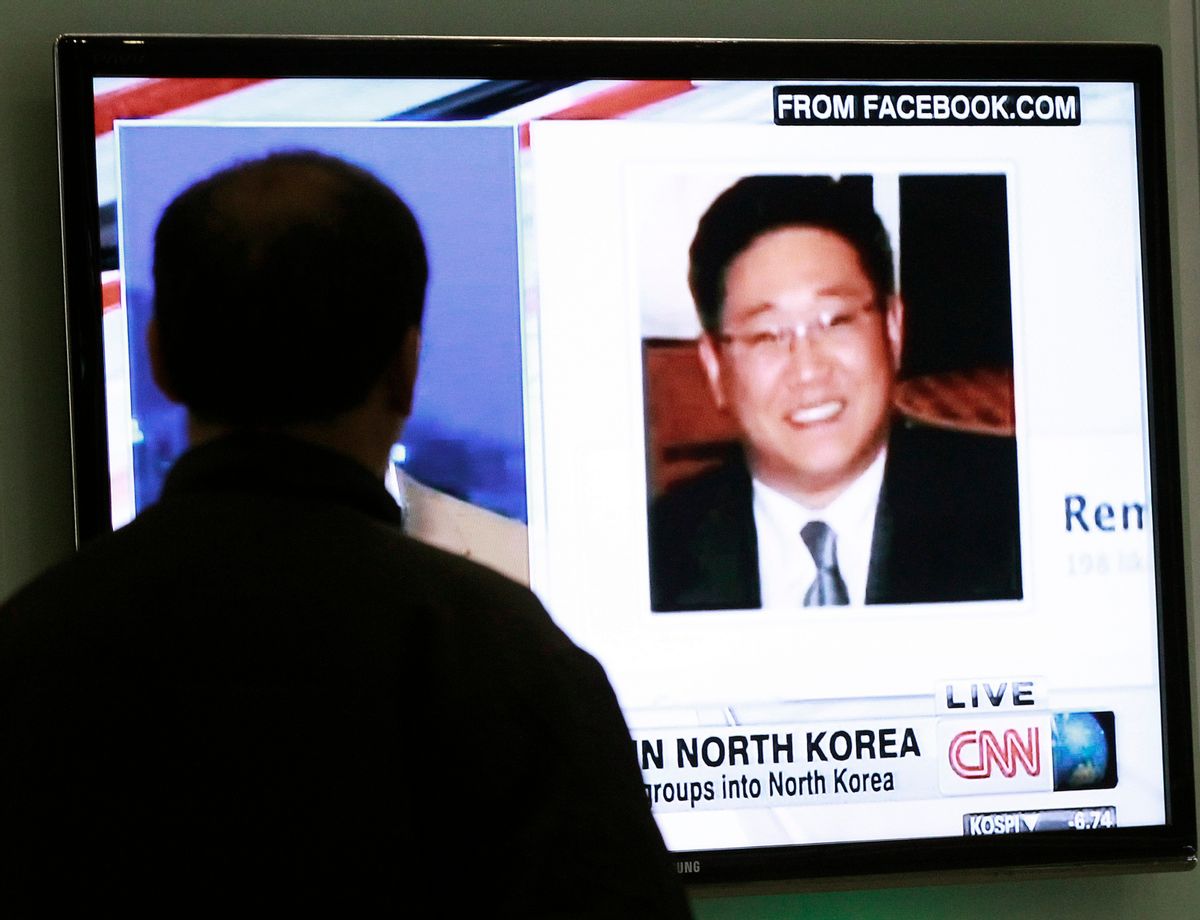 PYONGYANG, North Korea (AP) — An American citizen sentenced to 15 years of hard labor for what Pyongyang has described as hostile acts against the state has started life at a "special prison," state media said Wednesday.

Kenneth Bae entered the prison Tuesday, the official Korean Central News Agency said in a short dispatch, but no other new details were provided about the American arrested in November who Pyongyang accuses of trying to establish an anti-Pyongyang base in the North. Two South Korean experts on North Korean law said they didn't know what a "special prison" was.

A North Korean academic, using information provided by the government, told The Associated Press earlier this week that Bae had told his family in a phone call that he couldn't appeal his April 30 sentence and that they should urge Washington to push for his amnesty. There has been no statement from Bae, however, a Washington state man who friends say was based in a Chinese border city and traveled frequently to North Korea both as a tour operator and to feed orphans.

North Korea has recently released several statements about Bae, and outside analysts have said Pyongyang is likely using him as bait to win diplomatic concessions in a standoff over its nuclear weapons program. North Korea denies this.

The statements come at a time of somewhat easing tensions on the Korean Peninsula and small signs of an interest in diplomacy. March and April saw a stream of near-daily warlike rhetoric from the North aimed at Washington and Seoul following new U.N. sanctions over Pyongyang's February nuclear test. Seoul vowed a tough response if attacked.

At least five other Americans have been detained in North Korea since 2009. The others were eventually allowed to leave without serving out their terms, some after clemency missions by prominent Americans, including former presidents Bill Clinton and Jimmy Carter. Young leader Kim Jong Un has the power to grant special pardons under the North's constitution.

Washington has called for Bae's release, but there has been no sign yet that a high-profile American envoy is set to travel to North Korea. The human rights group Amnesty International has criticized Bae's lack of access to a lawyer. Pyongyang claims he confessed and didn't want an attorney present during his sentencing.

Former NBA star Dennis Rodman has attempted to use his friendship with Kim Jong Un on Bae's behalf. On his Twitter account, Rodman asked the leader to "do me a solid" and release Bae. Rodman visited North Korea in February and apparently hit it off with Kim, a die-hard basketball fan. Pyongyang hasn't responded. Rodman said after his trip to North Korea that he planned to return in August to vacation with Kim.

Talks aimed at getting the North to give up what's estimated to be a small cache of nuclear devices, and involving the Koreas, the United States, Japan, China and Russia, fell apart in 2009. Pyongyang says its weapons are to protect itself from a hostile Washington.