"The Mindy Project" finally delivers, and "The Bling Ring" is a compelling exploration of image-obsessed culture 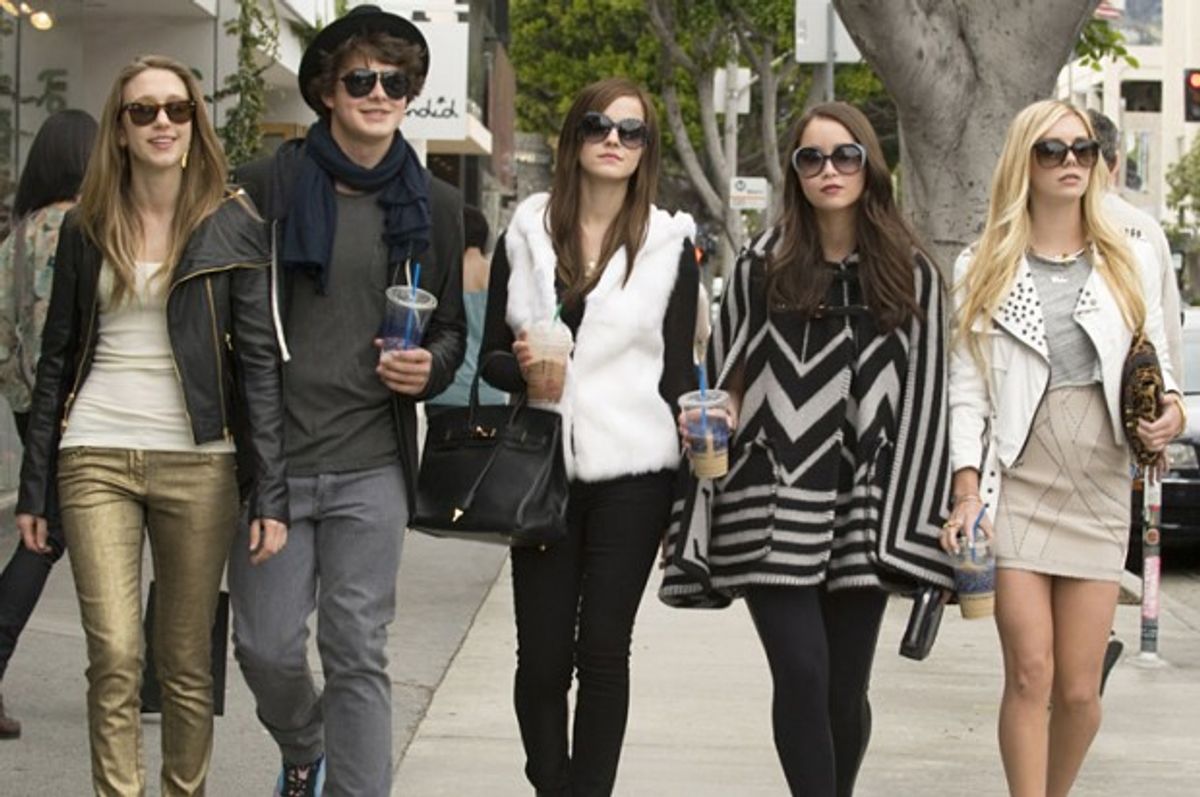 Laura Miller was captivated by the story of journalist Emma Brockes' mother, Pauline, who as a young woman worked to get her father arrested for incest:

It took less than a chapter of “She Left Me the Gun: My Mother’s Life Before Me” for me to fall for Emma Brockes’ mother, Pauline. First and foremost, there’s Pauline’s tart, post-colonial sangfroid. An émigré from South Africa, where she spent the first 28 years of her life, she wound up raising her only child in Britain, in what Brockes, a journalist, describes as “a gentle kind of place, leafy and green, with the customary features of a nice English village.” Pauline was unimpressed. “The English,” she was fond of pronouncing, “are a people who cook their fruit.” She regaled her daughter with tales of growing up in what was then Zululand, where even snakes and scorpions were nothing to fuss about. “Whining was not permissible. Undervaluing oneself was not permissible,” Brockes writes of her mother’s attitude toward life. Another tenet: “Look lively, or die.”

Miller also recommends the audiobook of the final installment of the Southern Vampire Mysteries:

The Southern Vampire Mysteries — which began in 2001 with “Dead Until Dark,” and continued through 13 novels with hard-to-keep-straight titles and a dozen or so short stories and novellas — is comfort reading of superior quality, made even more endearing by the series’ longtime audiobook narrator Johanna Parker. As the series title suggests, these books, while typically shelved in the romance section, are actually whodunits. In each volume some annoying minor character gets killed, and by the end the culprit has been nabbed: serviceable plots, these, but certainly not the source of the series’ charm. At the Cannes Film Festival, Andrew O'Hehir was dazzled by Sofia Coppola's "Bling Ring," a fictionalized account of the young, rich teens who repeatedly broke into the homes of Hollywood elite in 2008, including Paris Hilton's house:

What did concern me about the depiction of this story in “The Bling Ring,” however, is the idiot-scale media illiteracy of everyone involved. Apparently Paris Hilton kept her house key under her doormat, which is hilarious, but the kids who found it there and let themselves in did dumber things than that. They evidently didn’t grasp that stolen Rolexes and designer goods are easy to trace and difficult to fence, that rich people’s houses are full of high-end security cameras, or that it was a bad idea to post Facebook pictures of themselves waving piles of $100 bills or wearing clothes in which famous people had been photographed. At least as Coppola tells it, they were so disconnected from their own actions that it barely occurred to them that their “shopping” expeditions in the homes of people they officially adored were actually felonies for which they would likely go to jail. Kids these days! In my youth we used to watch something called “TV,” which taught us all sorts of conventional wisdom about crime and its consequences. Willa Paskin was pleasantly surprised by the finale of "The Mindy Project," which smoothed out some of the kinks that had gone unaddressed during the season:

And then there is Mindy Lahiri herself, who can be almost Larry David-like in her self-absorption. But unlike “Curb Your Enthusiasm,” “The Mindy Project” sometimes seems to find Mindy’s bad behavior cute, not just funny. Mindy Lahiri has been an asshole many times over, but it’s not always clear the show knows she is being an asshole, like in the recent episode when she went to a women’s prison and started a riot, a bit that was exceedingly unkind to prisoners, and extremely la di dah about Mindy’s shallow, destructive materialism. But the finale served Mindy well, too: Not only did she do some genuinely admirable things — putting out Morgan when he was on fire, not kissing Danny — she also called herself out. “I kind of suck, and no guy has ever wanted to commit to me before, because I work too much, I’m kind of selfish, and I never vote,” she explained to Casey, making her rom-com run through the very fake streets of New York City all the sweeter.