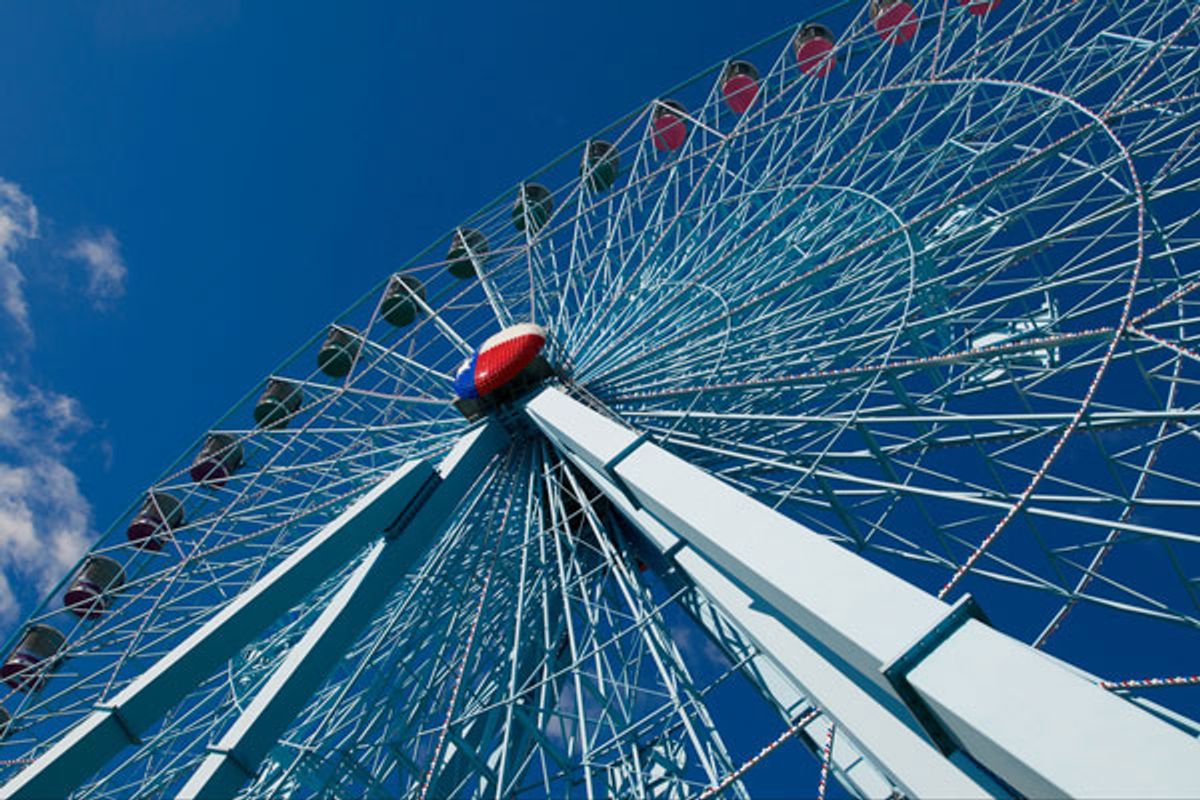 CHICAGO (AP) — A manager of Chicago's Navy Pier rode the tourist spot's Ferris wheel for more than two days, bringing the world record for the longest ride to the birthplace of the amusement park favorite.

He calls it "a very overwhelming experience," made easier by the support of friends, family and the city of Chicago.

Guinness World Records allowed him to have one five-minute break each hour. He played hours of videogames to stay awake during the ride, and watched James Bond and Batman movies. Supporters followed him on Twitter.

The first Ferris wheel was built in 1893 in Chicago for the World's Columbian Exposition.