A report on the disaster that killed 1,127 people reveals that simple building inspections could have saved lives 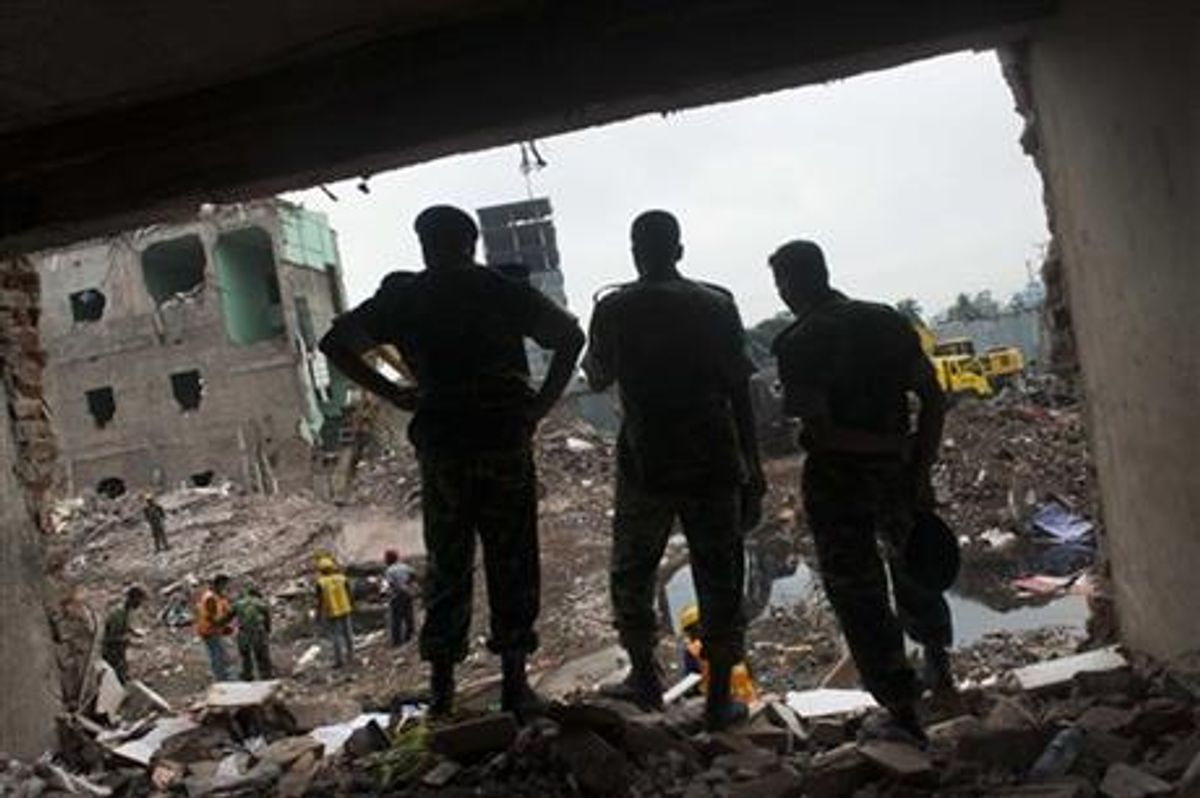 A government investigation into the collapse of the Rana Plaza garment factory in Sava,Bangladesh, found that cheap building materials and a series of other construction-related violations were at fault for the disaster that killed 1,127 people.

"The owner used extremely poor quality iron rods and cement," committee head Khandker Mainuddin Ahmed told The Associated Press a day after submitting the report to the government. "There were a series of irregularities."

The report also said the building was not built for industrial use and the weight of the heavy garment factory machinery and their vibrations contributed to the building collapse. Those factors had previously been cited.

The ground on which the building was built was not fit for a multi-story building, the report said.

"A portion of the building was constructed on land which had been a body of water before and was filled with rubbish," Ahmed said.

The dangers identified by the report could have been prevented by regular inspections, advocates say. These inspections, along with other building safety and fire prevention measures, are mandatory under a sweeping worker safety agreement -- signed by six European retailers and American companies like Tommy Hilfiger, Calvin Klein and Abercrombie & Fitch (a good P.R. strategy, considering its current troubles) -- but major retailers like Gap, Wal-Mart, Target and others have refused to endorse it.

An analysis by the Worker Rights Consortium estimates that ensuring worker safety in Bangladesh would cost retailers an additional 10 cents per garment, as executive director Scott Nova and Sweat Free Communities director Liana Foxvog noted in a recent editorial for the New York Times.