The Fox News anchor plugs his new book and comments on the current scandals in Washington D.C. 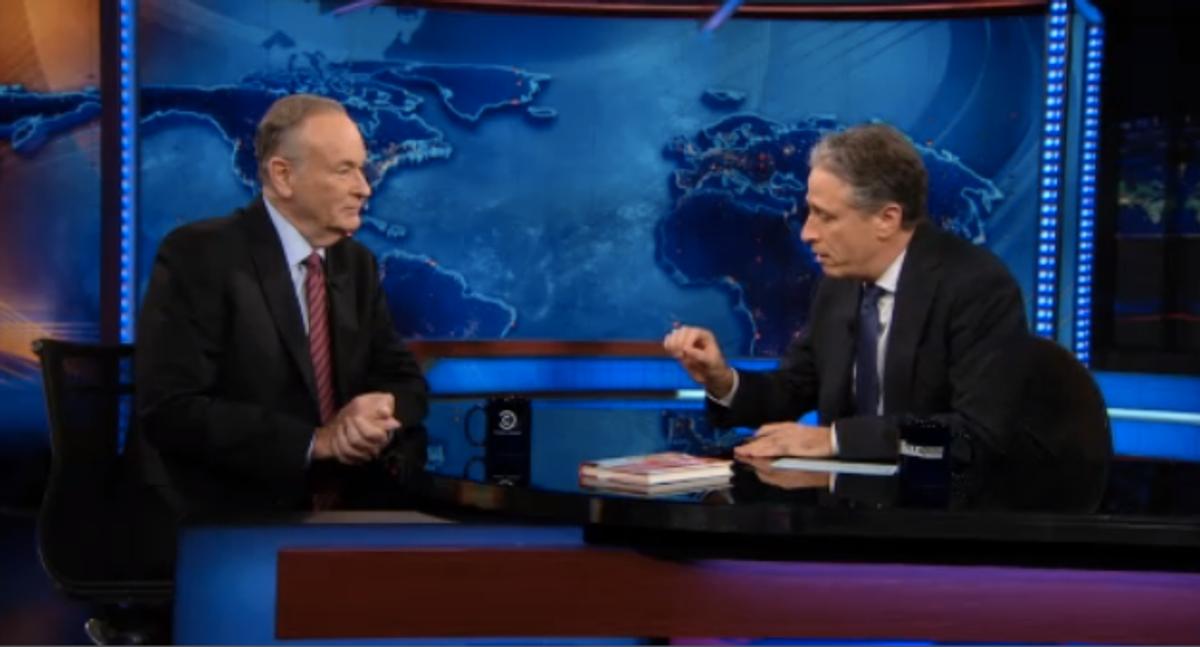 Jon Stewart's frenemy, Fox News anchor and prolific book writer Bill O'Reilly, stopped by "The Daily Show" on Wednesday to plug his "fifth book this month," "Keep it Pithy: Useful Observations in a Tough World" and discuss the current scandals brewing around the White House.

"So for five years, you're always on DEFCON 1, red alert" said Stewart of "The O'Reilly Factor's" historically sensationalist coverage of President Obama. "You finally have a few things that really look worth investigating," said Stewart. "Is it joy, is it sexual arousal? What is the feeling over there?"

O'Reilly then offered up some "educated speculation" on why the IRS profiled Tea Partiers as Stewart continued to gently mock Fox News, the "organization of Sauron."